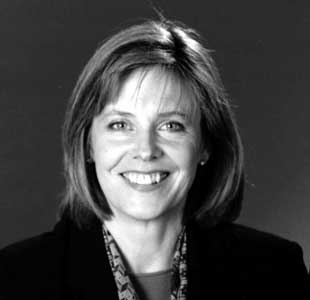 If any more proof was needed that we live in an upside-down world, the saga of TV news reporters Steve Wilson and Jane Akre serves as the definitive case study.

Husband and wife, Wilson and Akre are exhausted emotionally and financially, but also relieved. Their eight-year struggle–known to many from the 2004 documentary, The Corporation–with WTVT, a Tampa, Fla. Fox affiliate, has come to an end. After two major court cases, and more angst than any two reporters should have to endure, Wilson and Akre settled their case by FedExing nearly $200,000 to the network giant in May. They lost their appeal, having unsuccessfully fought a large corporation with very deep pockets.

It began when Fox fired the reporters in 1997, after they tried to air a story about the bovine growth hormone, rBGH. The report exposed its widespread use by U.S. dairy farmers, despite studies linking rGBH consumption to prostate and breast cancer. Monsanto, the producer of rBGH, threatened a lawsuit and demanded the elimination of significant, verifiable information from the story. Eventually, WTVT caved, despite Wilson and Akre’s efforts to rewrite the story more than 70 times to redress the complaints.

The couple sued Fox under Florida’s Whistle Blower’s Act. In a jury trial, Akre and Wilson were awarded $425,000. (The reporters knew not to spend it too soon.) In 2001, they were awarded the Goldman Environmental Prize for their outstanding reporting.

In an appeal, however, Fox argued that the FCC policy against distortion of news did not qualify as “law,” and that therefore Akre and Wilson were not protected under the Florida act, which only protects those reporting an employer’s violation of a “law, rule or regulation.” The court accepted this argument, ruling for WTVT.

More appalling than the reversal were the five major media outlets that filed briefs of amici curiae in support of Fox’s position. Their statement said, “The station argued that it simply wanted to ensure that a news story about a scientific controversy regarding a commercial product was presented with fairness and balance, and to ensure that it had a sound defense to any potential defamation claim.”

Compounding the indignity of the ruling, Fox demanded $3.1 million to pay its legal fees and trial costs. The punitive sum would have bankrupted the reporters. A judge decided that the sum was indeed draconian and reduced the damage to a little more than $175,000. But this did not include the years of personal and legal expenses–hundreds of thousands of dollars–incurred by Wilson and Akre during the two earlier trials.

Wilson says that his “scrappy” trial lawyers, John Chamblee and Tom Johnson, almost lost their practice, because they were so invested in the case. “Even after we were tapped out,” Akre says, “they chose to stay with us.”

Today, the couple lives near Jacksonville. Having been unable to find a local reporting job, Wilson commutes back on weekends from Detroit, where he is the top investigative reporter for WXYZ–a Scripps Howard-owned TV station. Akre is still looking for a full-time reporting job, but takes on assignments as they come. The two are now working on both a book and a screenplay about their experiences. “The idea of a film was always in the back of our minds,” Akre says. “The whole experience had so many great characters in it.”

But they haven’t left the fight for journalistic integrity. In January, they filed a petition with the FCC to deny WTVT a renewal of its broadcast license. They’ve asked for a hearing based on news distortion, and Akre met briefly with FCC Commissioner Jonathan Adelstein at the recent National Conference for Media Reform. “We’re questioning whether they have a solid enough character to own that license,” she says. “Whether we won or lost the court case, we knew this was something we were going to pursue.”

Akre still considers herself a journalist. “If I’m an advocate or activist, it’s for the public’s right to know,” she says. But she believes shining light in dark places is getting harder as those in power control the free flow of information. “That’s why it’s more important today to be a journalist than any other time. If those in power call you an activist, maybe you’re just a really great journalist.”

Liane Casten is the founder of Chicago Media Watch.