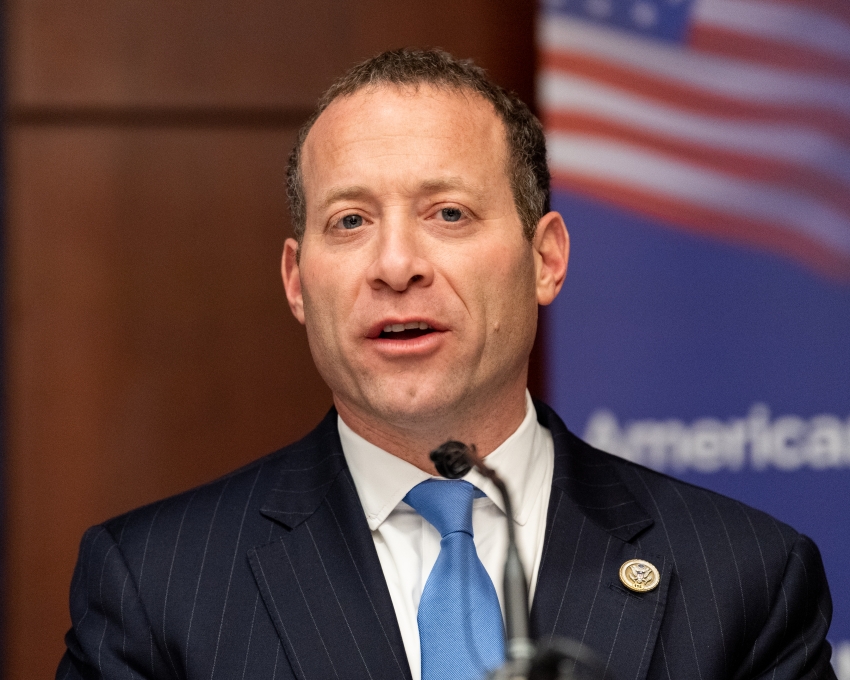 The Democratic Party’s Iran Warhawks Who Fly Under the Radar

Junior Democrats who voted against an anti-war amendment have ties to the Saudi and UAE lobbies.

These junior members of Congress are also notable recipients of contributions from lobbyists for Saudi Arabia and the UAE.

On July 12, seven Democratic representatives quietly voted against an amendment to the 2020 National Defense Authorization Act prohibiting “unauthorized military force in or against Iran.” Introduced by Reps. Ro Khanna (D-Calif.) and Matt Gaetz (R-Fla.) in the midst of the Trump administration’s escalating provocations toward Iran, the amendment ultimately was approved 251-170. By voting against it, these Democrats were placing themselves in the most hawkish wing of the Democratic Party. Yet most are new to Congress and relatively low-profile.

According to Foreign Agents Registration Act (FARA) records, which disclose lobbyists’ and other agents’ political relationships with foreign governments, four of the Democratic representatives who voted against the amendment—Tom O'Halleran (Ariz.), Stephanie Murphy (Fla.), Josh Gottheimer (N.J.) and Henry Cuellar (Texas)—have been aggressively courted by lobbyists for Saudi Arabia and the United Arab Emirates. And three—O’Halleran, Gottheimer and Murphy—have collectively received $18,000 in contributions from lobbying firms representing Saudi Arabia and the UAE.

Saudi Arabia and the UAE are geopolitical foes of Iran and have secured U.S. backing for a ruthless war on Yemen that they claim is a proxy war with Iran (greatly overstating Iran’s role). Both have pressed the U.S. to take a more confrontational stance toward Iran. The Pentagon announced July 19, in the midst of rising U.S. tensions with Iran, that it is deploying military “personnel and resources” to Saudi Arabia, a key U.S. ally in the region.

On Sept. 7, 2017, after Hurricane Harvey devastated southeastern Texas, Texas Rep. Cuellar received an email from the lobbying firm Hagir Elawad & Associates, which represents the UAE, “providing notice of UAE’s intended contribution to Hurricane Harvey recovery efforts,” a FARA document shows. While Rep. Cuellar’s office did not respond to In These Times’ questions about what communications ensued, the UAE pledged that same day to give $10 million to “help with local and state recovery efforts.”

Cuellar was also courted by Saudi Arabia. Lobbyist Glover Park Group emailed the Texas Rep. in March 2018 “regarding an invitation to an event” on behalf of the Saudi embassy. While Cuellar’s staff did not respond to In These Times’ questions about that contact, chances are the event related to Saudi Crown Prince Mohammad Bin Salman (MBS), who soon after went on a high-profile visit to the U.S.

Saudi lobbyists also made overtures to Reps. O'Halleran and Murphy that month. Both were invited to dine with MBS by Saudi lobbying firm Brownstein Hyatt Farber Schreck, FARA documents show. Neither office responded to In These Times’ questions about whether they accepted the invitation. However, according to a January 2018 press release from the Saudi government, Murphy attended a meeting with MBS and then-House Speaker Paul Ryan (R-Wisc.).

Murphy was also courted by Hagir Elawad & Associates on behalf of the UAE. The firm set up a January 2018 meeting between the congresswoman and Sheikh Mohammed Bin Zayed Al Nahyan, Crown Prince of Abu Dhabi and Deputy Supreme Commander of the UAE Armed Forces, and UAE ambassador Yousef Al Otaiba.

Rep. Gottheimer’s office, meanwhile, received three separate emails in March 2018 from Glover Park Group inviting the congressman to an unspecified event on behalf of the Saudi embassy. The FARA documents do not provide more details about what the call entailed, and Gottheimer also did not respond to queries from In These Times.

As The Intercept’s Ryan Grim reported in May, Gottheimer has deep ties to the Saudi and right-wing Israeli lobbies (which are in a de facto alliance), and has organized behind the scenes to sink congressional efforts to end U.S. involvement in the Saudi-UAE war on Yemen. Grim describes Gottheimer hobnobbing with pro-war conservatives, “This spring, he was one of just a handful of Democrats at a private retreat on Sea Island, Georgia, hosted by the conservative American Enterprise Institute, mingling with Vice President Mike Pence, Donald Trump’s son-in-law Jared Kushner, Secretary of State Mike Pompeo, and other Republican heavyweights.” The AEI is the former employer of notorious Iran hawk John Bolton and has long advocated for war with Iran. Pompeo, for his part, has joined Bolton—now Trump’s national security advisor—in pushing the Trump administration to escalate towards Iran.

According to Ben Freeman of the Center for International Policy, the many overtures to these three Congress members should raise eyebrows. “These are all fairly junior members that wouldn't otherwise get much attention from Saudi and UAE lobbyists unless those lobbyists thought there was a chance they'd vote their way,” says Freeman, who provided In These Times with the FARA documents cited in this report. “This vote is at least one indication those lobbyists bet right.”

(While Hagir Elawad & Associates lobbies solely on behalf of the UAE Embassy, the other firms have multiple clients, and federal disclosure rules don't indicate on whose behalf the firms are donating to campaigns.)

“Gottheimer is absolutely extraordinary for such a junior member of Congress,” said Freeman. “He's one of the top recipients of money from Saudi and UAE lobbyists. Just about everyone ahead of him is either a member of leadership or chairs key committees.”

Hassan El-Tayyab is co-director of Just Foreign Policy, which agitates against war. He told In These Times, “It's a very unfortunate decision by these seven Democrats to vote with the Republican Party against the ability of Congress to keep presidential authority in check. And to know that they're receiving contributions from foreign governments in exchange for these votes is even worse.”

In These Times requested comment from all of the Democratic representatives who voted against the amendment to end the war with Iran, including the three who are not listed on FARA documents as recipients of contributions or lobbying communications from Saudi Arabia and the UAE: Reps. Stephen Lynch (Mass.), Kathleen Rice (N.Y.), and Jefferson Van Drew (N.J.). Of the seven, only Rep. Lynch provided an explanation for why he voted against the Iran amendment.

“During the debate over the National Defense Authorization Act (NDAA), the gentleman from California, Mr. Khanna offered an amendment which in relevant part stated, ‘[N]othing in this Act may be construed to authorize the use of military force,’” Rep. Lynch’s spokesperson told In These Times over email. “Since the singular and central purpose of the NDAA is to authorize and provide funds for the defense of U.S. forces and of our Nation, Congressman Lynch was compelled to vote nay.”

But according to Robert Naiman, policy director for Just Foreign Policy, this explanation doesn’t hold up. The text Lynch found objectionable is boilerplate that simply restates the U.S. law that only Congress can declare war. In fact, this language is included in numerous bills, including one Rep. Lynch supported. The recent War Powers Resolution to withdraw unauthorized U.S. forces from Yemen states, “nothing in this joint resolution may be construed as authorizing the use of military force.” On April 4, Rep. Lynch voted for this resolution without complaint.

According to El-Tayyab, all seven Democratic votes against the amendment are inexcusable: “Everybody should want to keep President Trump from starting an unauthorized war with Iran.”