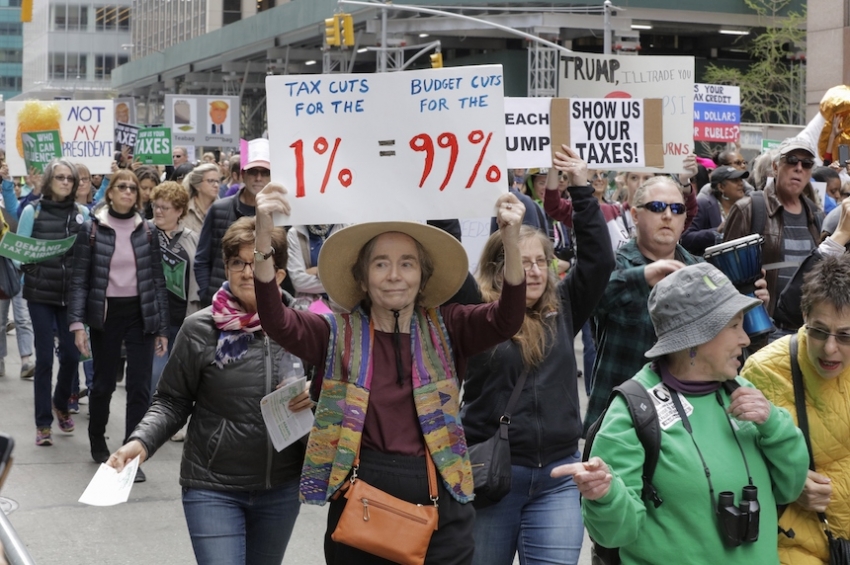 9 Stats That Show the Tax Code Favors the Ultra-Rich

Without dramatic tax reform, inequality will continue to skyrocket.

Economic inequality in the United States is the highest it’s been in the last 50 years. In recent decades, the richest 1% of Americans have accumulated nearly 40% of the country’s wealth. The net worth of just three individuals—Jeff Bezos, Bill Gates and Warren Buffett—dwarfs that of the entire bottom 50% of Americans. And it only seems to be getting worse.

How did we get here? In a new book The Triumph of Injustice: How the Rich Dodge Taxes and How to Make Them Pay, authors Emmanuel Saez and Gabriel Zucman suggest the answer has much to do with changes to the tax code that have reduced the burden of taxation on America’s wealthiest groups and made it easier than ever for corporations to evade paying their dues.

Policy proposals from 2020 hopefuls like Elizabeth Warren and Bernie Sanders are seeking to change that. Warren’s “Ultra-Millionaire Tax” would impose a 2% tax rate on net worth in excess of $50 million, which becomes a 3% tax rate beyond $1 billion. In other words, any wealth between $50 million and $1 billion would be taxed at 2%, but the 1,000,000,001st dollar (as well as anything beyond that) would be taxed at 3%. Sanders’ “Tax on Extreme Wealth” plan goes even further by instituting a 1% tax rate on net worth above $32 million that rises steadily to 8% on all wealth over $10 billion.  Warren’s campaign claims her plan would bring in $2.75 trillion  in revenue. Sanders’ would likely raise even more, which he proposes to use as funding for his affordable housing plan, universal childcare, and some of Medicare for All.

Here are nine statistics from The Triumph of Injustice that show how tax injustice has contributed to inequality in America and the urgent need for reform:

Izii Carter is an editorial intern at In These Times.