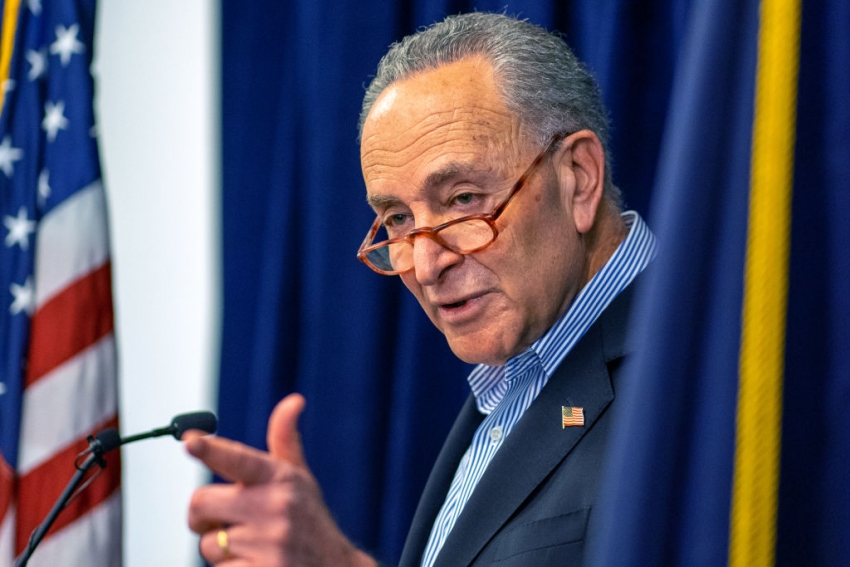 The coronavirus financial relief package is packed full of corporate giveaways and lacks basic safeguards for workers and their families.

The package will not be up to the job of fully protecting U.S. workers and their families from the economic consequences of the coronavirus shock, and it will not allow the economy to reboot quickly enough once the public health crisis ends.

The Coronavirus Aid, Relief and Economic Security (CARES) Act is an important step in the U.S. response to the coronavirus pandemic. It includes provisions for expanded unemployment insurance ($250 billion), aid to small businesses ($350 billion), cash payments to households ($300 billion), aid to states ($150 billion), emergency funding for health care supplies and investments ($100 billion), and money for industry bailouts ($450 billion). The total package will provide more than $2 trillion in funds.

There is much to like in this package, and timely relief is critical. But it also contains many flaws, largely left over from the first proposal forwarded by Senate Republicans. Because many of the weaknesses of this first proposal remain, the package will not be up to the job of fully protecting U.S. workers and their families from the economic consequences of the coronavirus shock, and it will not allow the economy to reboot quickly enough once the public health crisis ends. Further help from policymakers will clearly be needed.

When we estimated that a relief and recovery package needed to be at least $2.1 trillion just through the end of 2020, we noted that this was the number for a package that was well-targeted and would reliably deliver the vast majority of benefits to workers and their families. The CARES Act does not do that. Even though it includes more than $2 trillion in funding, key design failures mean the legislation will not be large enough to provide the necessary economic relief and recovery. The economy will continue to operate significantly below potential through the end of the year, even in optimistic scenarios where the shock caused by social distancing measures is relatively short.

We’ll start with the (mostly) good parts of the CARES Act.

It provides substantial and welcome changes to the unemployment insurance (UI) system and payroll support programs for small businesses. The bill establishes a new Pandemic Unemployment Assistance (PUA) system that expands benefits eligibility to many who have fallen through the cracks of our existing stingy UI system (think gig workers and the self-employed). The new PUA program also provides an added $600 per week in benefits. This leaves the program financing essentially 100% replacement of wage income for the bottom half of the workforce. This is much better than the status quo, but this could have been more generous for higher-wage workers. Importantly, the new PUA program also allows furloughed workers to receive benefits if their place of employment has closed due to COVID-19. This is also welcome—it can allow matches between employers and workers to be preserved during the downturn and restarted more quickly once the all-clear is sounded on public health measures.

Even though the bill does very little to close the enormous gaps in access to paid leave, the PUA program will serve as a backstop for those workers who do not have access to paid sick days or paid family leave but are unemployed, underemployed, or unable to work because of personal illness, quarantine, or the need to care for a family member.

The aid to small businesses could be quite useful as well. The aid starts as loans, but if the money is used to preserve jobs and maintain wages of employees over the crisis then the loans can be forgiven—potentially keeping tens of millions of small business employees on payroll.

The bill also includes one-time cash payments to households of $1,200 per adult and $500 per child. These payments will be useful for families—especially those falling through the cracks of other aid—but could certainly be made more generous. Further, while these payments will be available even to very low-income households, individuals must have filed a federal tax return in order to receive it. Some 30 million people (people with very low incomes, seniors, people with disabilities, and veterans) don’t file returns, which means that in order to get this aid, they will have to file tax returns during this pandemic.

Now, we’ll move on to the glaring design flaws of the CARES Act.

The single biggest tranche of money in the package is a large pot of money aimed at industry rescues, but with no guardrails to ensure that public money is directed toward saving the jobs, wages, and benefits of typical workers rather than the wealth of shareholders, creditors, and corporate executives. The bill calls for industry bailouts to preserve jobs “to the greatest extent practicable,” which is utterly toothless language. Further, there are no explicit protections for worker safety. Given that this entire crisis is driven by an epidemic and that many, including the President, want a premature return to economic activity in the face of this virus, it is imperative that U.S. workers be given protection against being forced to work in unsafe conditions. It is astounding that this basic protection cannot be made explicit for industries seeking public aid.

It is not particularly hard to design rules-based accountability measures that would ensure aid to industries actually protected workers’ jobs, wages, benefits, and health. But instead of hard-and-fast rules, the CARES Act provides for an inspector general and oversight committee that will be in charge of making sure this industry aid is spent in the public interest. This is simply insufficient. The deeply flawed financial sector bailouts of 2008, for example, included an inspector general and oversight committee, and yet far too much of the money went to support financial firms and far too little went to support typical families.

We could undertake a key test for whether corporations genuinely need public aid or are simply trying to exploit this crisis to grab public money by demanding these companies give the federal government equity stakes in exchange for immediate aid. By granting the government equity, these companies would dilute existing shareholders’ claims on future profits. If these existing shareholders are unwilling to allow this dilution, this is a clear sign that they firmly expect the company to continue operations even without a bailout. This can be seen in Boeing’s response to suggestions of granting equity stakes in exchange for aid—the company said clearly they would find other ways to cope. But if there are other ways to cope, then a bailout is by definition not needed.

Finally, this proposal repeats terrible mistakes of the past by not instituting triggers to enable relief and recovery aid to keep flowing so long as economic conditions warrant. Time-based aid makes no sense, particularly when facing as uncertain an economic shock as the current one. Instead, so long as relief is needed and the economy remains depressed, aid should continue to flow. Optimally, the triggers that would enable this aid to keep flowing would be based on employment and hours of work, instead of, or in addition to, unemployment rates. This consideration applies not just to the expanded UI benefits, but also to the direct cash payments to households and the aid to state and local governments. None of this aid should be shut off automatically on an arbitrary date. Instead, it should wind down gradually as economic conditions warrant.

The human toll of the economic shock that health measures related to the coronavirus inflict on the U.S. economy is entirely dependent on our policy response. If we are smart and ambitious and driven by a desire to minimize human suffering, we can shield the vast majority of households from the vast majority of potential damage. This bill is a useful step, but we must do better—or the economic damage will be staggering.

Josh Bivens is the director of research at the Economic Policy Institute (EPI). His areas of research include macroeconomics, fiscal and monetary policy, the economics of globalization, social insurance, and public investment. He frequently appears as an economics expert on news shows. Heidi Shierholz leads EPI’s policy team, which monitors wage and employment policies coming out of Congress and the administration and advances a worker-first policy agenda. Her research and insights on labor and employment policy, the effects of automation on the labor market, wage stagnation, inequality, and many other topics routinely shape policy proposals and inform economic news coverage.