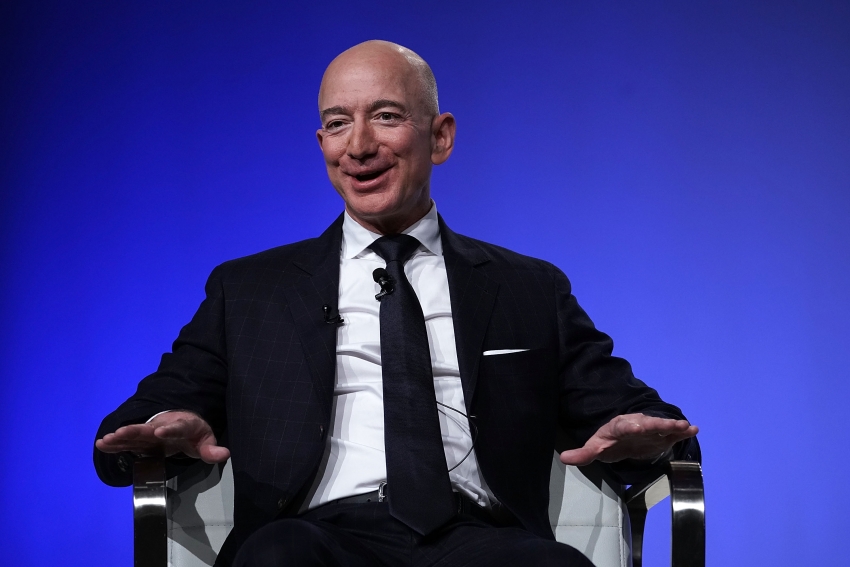 Corporations Are Not Letting This Crisis Go to Waste

As the pandemic wreaks chaos, corporations and the GOP are following the shock doctrine playbook.

As the death toll has skyrocketed and millions of people have lost their jobs, conservatives haven’t hesitated to use the collective shock to advance their political goals.

In November 2008, Rahm Emanuel, then-chief of staff for president-elect Barack Obama, told a crowd of corporate executives: “You never want a serious crisis to go to waste.” The Great Recession’s historic economic downturn was by then in full tilt, which Emanuel saw as an opportunity to pursue bold policy ideas. “And what I mean by that [is] it's an opportunity to do things that you think you could not do before.”

While the Obama administration’s response to the crisis included some important reform measures, such as the establishment of the Consumer Financial Protection Bureau, bold progressive policy change was hard to come by. In fact, the financial institutions whose thirst for profit had brought the global economy to its knees ended up even bigger and more powerful than before.

Now, 12 years after Emanuel offered that advice, corporate America seems to have again taken heed. As the coronavirus crisis has unfolded, corporate forces and conservative politicians have teamed up to cut regulations, roll back worker rights, restrict freedom, and otherwise take advantage of the turmoil.

As just one example, the plastic bag industry has worked to block laws prohibiting single-use plastic in multiple states under the guise that reusable bags pose an outsized risk of spreading viruses, which is scientifically disputed.

If congressional Democrats are “politicizing” the pandemic—as Republicans have charged—the oil and gas industry, big agribusinesses and other corporations bankrolling the GOP are similarly to blame.

They’re following a playbook, of course. Conservatives and right-wing think tanks have long used the public’s disorientation following a collective shock like a natural disaster or market crash to push through radical pro-corporate policies—what writer Naomi Klein has called the “shock doctrine.”

A 40-year corporate attack on all things public has plunged trust in government to historic lows, giving cover to efforts to slash and dismantle public institutions. Ronald Reagan’s famous line, “The nine most terrifying words in the English language are: I’m from the government, and I’m here to help,” doesn’t sound so comforting during a global pandemic.

Sure enough, over the past month, as the death toll has skyrocketed and millions of people have lost their jobs, conservatives haven’t hesitated to use the collective shock to advance their political goals.

As expected, there’s been plenty of profiteering. Private equity firms have pitched massive returns for investors by gaming the small business loans program in the federal government’s CARES Act. Amazon, run by world’s-richest-person Jeff Bezos, is rapidly expanding to meet surging demand while cracking down on workers protesting unsafe working conditions. (Bezos, meanwhile, has seen his personal fortune grow by $24 billion amid the pandemic.) Tech companies have swept in to sign lucrative telehealth contracts with all levels of government.

power away from working people and even further towards the already powerful—possibly permanently.

The Trump administration, in the name of public health, began turning away immigrants who illegally cross the U.S. southern border, including asylum seekers. It also rolled back fuel economy and greenhouse gas emission standards for new cars and light-duty trucks.

The Environmental Protection Agency, run by former coal industry lawyer Andrew Wheeler, suspended enforcement actions against companies who don’t monitor for pollution during the outbreak—a policy that doesn’t include an end date.

The latest federal stimulus bill repeals transparency rules for the Federal Reserve’s meetings until the president says the coronavirus threat is over, or the end of the year.

Trump’s Consumer Financial Protection Bureau released a bevy of policies to help financial institutions at the expense of consumers, including urging banks to offer consumers small-dollar loans with no interest rate restrictions.

Abortion opponents have leveraged the crisis to close as many abortion clinics as possible, finding particular success in Ohio and Texas.

That’s just some of what they’ve accomplished so far. Conservative think tanks and pundits are crawling out of the woodwork to argue on behalf of corporations as the crisis unfolds.

George Mason University’s Mercatus Center, funded by the libertarian Koch Family Foundations, is calling for deregulation of public education to allow for a dramatic expansion in online schooling. This, despite the many shortcomings of online learning and the fact that three million children lack internet access at home.

A self-described “free market coalition” of conservative Wisconsin think tanks are calling for a moratorium on all “non-essential bureaucratic rulemaking orders” in the state.

The oil and gas industry is asking the Trump administration to further loosen rules and regulations on pollution and extracting resources from public lands.

Industry groups, including the Western Growers Association and the Truck and Engine Manufacturers Association, are pushing California regulators to delay new environmental measures.

These are some select examples of pro-corporate policies resulting from the crisis. And they don’t even take into account the massive corporate bailout included in the most recent stimulus bill, the price tag of which could wind up topping $4 trillion. The end result of this swindle could be a huge transfer of wealth to the top of the income bracket.

We don’t know what will come next in this ongoing pandemic, but one thing seems abundantly clear: corporate America is not going to let this crisis go to waste. Unless, of course, someone stops them.