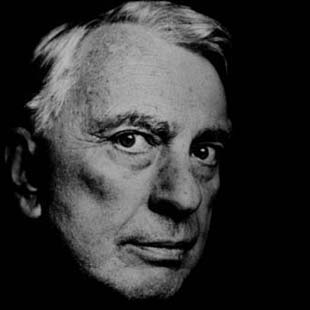 Just in time to help us celebrate Gore Vidal’s birthday–he turned 80 on October 3–comes Dennis Altman’s Gore Vidal’s America. This is not a biography; Fred Kaplan’s admirable Gore Vidal: A Life definitively fills that niche. But Altman’s book-length essay gives us a valuable understanding of the central project of America’s most visible radical public intellectual: to help us imagine and develop alternatives to the dominant understandings of American society.

“Vidal’s constant pre-occupation,” Altman writes, “has been to excavate the past, explain the present, and warn us to the perils of the future, and to do so by reaching the largest possible audience.” A brilliant novelist, political essayist, literary critic, historian, scenarist, television pundit, raconteur extraordinaire, polemicist and pamphleteer in the Tom Paine tradition, Vidal’s “quite calculated creation of himself as a celebrity [h]as given him a significant audience for half a century.” Vidal’s celebrity has helped him to explain to a large public the insidious effects of America’s domination by a ruling class of power elites bent on imperial expansion, and how this has led to “the destruction of any meaningful choice or genuine information in an electoral process which is increasingly irrelevant to most Americans.”

It may surprise many readers that one of America’s most erudite and cosmopolitan writers is largely an autodidact who never went to university, eschewing Harvard to embark on his writing career. Enlisting as a teenager toward the close of World War II, the precocious Vidal drew on his military service to write his first novel when he was only 17, the finely chiseled Williwaw–a tale whose cynicism about war was compared to that of Stephen Crane (whom Vidal admired), and which thrust Vidal immediately into the public eye.

After a stint as an editor at Dutton (where he championed the young James Baldwin and unsuccessfully sought to publish an early version of Go Tell It on the Mountain), Vidal turned to writing full time. His third novel, The City and the Pillar, published in 1948, achieved a notoriety that would never leave him. An extraordinarily courageous book for a young writer, it presented homosexuality–illegal at the time–as a normal variant of human existence. Excoriated violently by critics, including the New York Times (which even refused ads for the book), it severely damaged Vidal’s career. The lit-crit biz viciously pigeonholed him as a “fag” writer of “pornography” (although there’s little description of physical coupling in any of Vidal’s fictions) and ignored his output for years. The City and the Pillar nonetheless had an unusual impact, selling more than a million copies in paperback and for decades afterward, as Altman correctly notes, helping a great number of “same-sexers” (a preferred Vidalian vocable) to accept their homosexuality and come out–the author of this review among them.

Politics has always been central, in one way or another, to Vidal’s fiction. He first seriously dealt with U.S. imperialism in the 1950 novel Dark Green, Bright Red, about American interference in Central America. Set in Guatemala, the novel prefigured the CIA-organized coup four years later against the radical left-wing government of President Jacobo Arbenz at the behest of United Fruit. (The company’s colors were green and red.)

When his next eight novels didn’t sell, he dashed off others in a few weeks under a pseudonym–the entertaining detective novels signed “Edgar Box,” which were both political and presented homosexuality as normal, like 1952’s delightful Death in the Fifth Position, a satire of McCarthyism featuring a sweatily masculine ballet dancer who chases everything in pants.

Radicalized by the Vietnam war and the ’60s social movements, Vidal was a founding essayist of the New York Review of Books, where many of his best political essays appeared–collected in such essential books as Homage to Daniel Shays, Reflections upon a Sinking Ship and The Second American Revolution.

Next came his best-known fictions. Myra Breckinridge, published in 1968, was in the forefront of the “cultural assault on assumed norms of gender and sexuality which swept the world” in the late ’60s and ’70s, and, as Altman puts it, “said more to subvert the dominant rules on sex and gender than is contained in a shelf of queer theory treatises.”

Vidal’s radical critiques of power and government in his American Chronicles series of novels included the magnificent and meticulously researched Lincoln and Burr–which, as the critic Harold Bloom has written, tell us more about what really happened in American history than many orthodox historians do.

Vidal has often taken his critiques to the little screen, most recently writing and hosting “The American Presidents.” Originally produced for the U.K’s Channel 4, the series was purchased here by The History Channel–for which it was way too radical. Aired once late at night, it was then permanently shelved–a pity, for it should be required viewing in civics and history classes instead of the bowdlerized pablum they normally serve up.

Altman performs a signal service by refuting in detail the absurd accusations of anti-Semitism against Vidal, whose late partner of 55 years, Howard Austen, was Jewish. Altman demonstrates how these accusations by neocons like Norman Podhoretz literally put words in Vidal’s mouth that he never said or wrote, and stem from Vidal’s critiques of Israel’s apartheid government and its defenders here at home.

This is not an uncritical appreciation of Vidal. Altman’s first book–the 1971 Homosexual: Oppression and Liberation, which owed much to Herbert Marcuse, and which became the most influential of the early gay liberation texts in the United States–was written when Altman was quite left-wing. But as Vidal has become more radical, Altman has become less so. He finds Vidal’s attacks on American imperialism “overstated” (I do not), and skewers Vidal for not having a “sociological imagination” and failing to write more about the working classes. This critique is like taxing Proust for not being Zola–it is the dissection of the ruling elites he knows so well that has been Vidal’s primary goal. With somewhat more justice, Altman argues that Vidal failed “to grasp the full magnitude of the scars left by race on the United States.”

But this is still a useful book, because it paints the sweep and scope of an extraordinarily courageous writer who refused to deny his sexuality while also refusing to let it, alone, define him. Vidal has been a great radical teacher of a mass audience. Happy Birthday, Gore–Cent’anni!