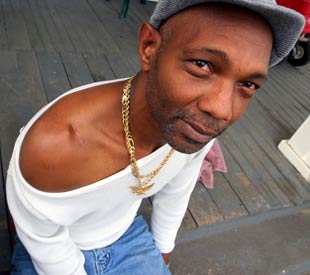 NLRB rules that Smithfield violated the rights of workers trying to organize.

Located in Tar Heel, N.C., the Smithfield Packing pork processing plant is the largest in the country. It employs 6,000 workers who work to slaughter 33 hogs a minute, 24 hours a day. In 2000, Human Rights Watch issued a report that chronicles how Smithfield Packing, Inc. abused workers during union elections held in 1994 and 1997. The report detailed other practices at the plant:

Smithfield management denied union advocates’ request to communicate with these workers, who qualified as “employees” under the [National Labor Relation Act] and were eligible to vote in the union election. However, management required these work-release employees to attend captive-audience meetings to hear its arguments against forming and joining a union.

Smithfield employs the only private police force at a meatpacking plant in the country; under law the officers can carry firearms.

In April, the National Labor Relations Board (NLRB) ruled that during union elections Smithfield had broken the law. According to the board, the corporation “assaulted workers, threatened them with bodily harm, threatened them with arrest by immigration authorities, and caused workers to be falsely arrested.”

The NLRB has ordered a new election. And, after 31 years on the job, Smithfield Foods CEO Joseph W. Luter III recently announced he will step down on August 31. In These Times recently spoke with Quincy Harvey who worked at the Smithfield plant for ten years. Harvey was in Chicago in June for a rally sponsored by United Food and Commercial Workers union to educate the public about Smithfield Foods.

What did you do at the plant?

I was a split saw operator. After all the guts were taken out of the hog, I had to cut it in half with what they call a split saw. It was about three and a half feet long, about 75 to 100 pounds. The line would move in front of you, and you would have to catch the hogs and cut them while the line was moving. I did that for six years.

What type of shift did you work?

Basically about seven and a half hours.

At the end of the shift you were worn out?

Yes, because we worked three people on that job and it was a four-man job because we never could keep a fourth guy there. Someone was always getting terminated or quitting. Out of the six years I worked there, we ran three guys for about two and a half of those years.

Why would people quit so often?

Because of the work, it was so straining and that line speed. They would speed the line up when they needed to, and that would make it even harder for you, because you’re lifting a heavy saw. If your saw isn’t heavy enough, you wouldn’t give them a good enough split, so the supervisors would come up to you and tell you, “Yo, you’re not doing this right, we’re going to have to write you up.” That would make you have to put a little bit more weight on the saw because the heavier the saw is, the quicker it goes down through the hogs and the better your splits look. They want those loins perfect because that’s where they make the most of their money.

Did you ever see anyone get hurt on the job?

Yes, I’ve seen people get hurt. I have been hurt on the job several times. When I was in the back in livestock I got stuck through the hand with a knife while I was shackling the hogs.

One day, we were working and the hog came down the chute, but he turned sideways. The guy over there is suppose to stick the hog in the throat and let them bleed out. When I grabbed the shackle, he was trying to stick him from across the table, and when he stuck the hog, he stuck me through my hand. You can still see the line in my hand right here.

What happened after you were hurt?

It took them about 45 minutes to take me to the hospital. They got one of the guards to take me. But they took a urine sample before they would even take me.

They were trying to see if you were drunk?

Yeah, and I was hurting bad. They took me from Tar Heel to Fayetteville– that’s about 25 to 30 minute ride, and I had already waited 45 minutes. They never called an ambulance. They just told one of the guards, “Take him to the hospital.”

When were you back to work?

I was back to work the next day so it wouldn’t be considered workman’s comp. And they don’t let you stay out of work on that. Even though I was taking pain pills they put me up there and I was counting hogs. Well, really, counting gaps, because they didn’t want gaps in the line.

You said you were injured some other times as well?

I was in the locker room one time changing my clothes, and somehow the lockers weren’t very stable. I was getting my clothes out of these lockers and they fell on me, I was pinned up against them. So when they came to get the lockers off me, they put me on the stretcher and took me down to the clinic. They came and stuck little pins in my foot to see if I had any feeling in my legs. Once they found out I had feelings back in my leg, they went out of the room for a minute. When they came back, they said, “This is not a work-related accident.” Even though I’m at the job, changing to go to work. But they said you’re on game time, so you are going to have to find a way to get to the hospital if you need to go.

You were working at the plant when they had the union election in 1997?

Well after the elections, all the lights went out. Man, this was a calm day, no storm or nothing. And after that, you know what happened: the company won. Before the vote, there were a lot of people getting terminated that were talking about the union. A lot of people were trying to persuade you not to vote for the union. They would slow the line speeds down for you to try to keep you from voting for the union. They promised us a dollar raise, but after the vote was over, they said it was over four years, so that is a quarter per year, which they were giving us anyway. They had supervisors who would come up and put these stickers on your hat without you even asking them. The stickers said, “Vote no on the union.”

The company had a lot of people coming in from different places talking about why we don’t need a union. They had some guys came out of New York. They was telling us, “If you go on strike, what would Smithfield do? It would pack up and leave. There would be no more work around here. If you go on strike, then you can’t feed your families because Smithfield is not going to pay you–no way.”

They said that if the union did get in, the first thing they are going to do is go on strike. Then they were telling us about how the union was getting all the money and what the head of the union gets. They brought in paperwork showing his pay scale. Then we had union workers that come in telling us that wasn’t true.

What was the reason that you eventually left Smithfield?

I complained about a shoulder ailment. Once I started complaining about working on that saw, they said I wasn’t doing the job good enough, so they took me off that job and put me on another job. And I was still complaining about my shoulder.

I went to the assistant superintendent and he told me, “You can go the [Smithfield] clinic, but it’s not work-related.” I said, “I didn’t say it was work-related. I just said my shoulder’s hurting, and I’ve been complaining about my shoulder for a while now.” He said, “Well you can go to the clinic, but it’s not work-related.” So, they sent me across the street to Smithfield clinic, and the doctor took me out of work for a week. Then after that week, I came back. I worked a couple days, my shoulder started hurting more, so they sent me back to the clinic. The doctor starts to get me X-rays, then an MRI. He found out I had a torn rotator cuff, so I went to Human Resources. They told me that since I went across the street, where they sent me, that it can’t be filed under workman’s comp. They said, “Since you didn’t use our doctor, it’s not workman’s comp.”

What did you do after that?

Well, I was on medical leave. After 13 weeks, they terminated me. I was in therapy for 18 or 19 weeks, and I still have to have another surgery on my shoulder. The doctor didn’t take enough bone out. I’m going to have to go through this whole thing over again. He said that there’s scar tissue build up because I was in a sling for six weeks. I don’t have nowhere near the motion I had in my arm before.

I just heard that the CEO resigned yesterday. What do you think about that?

That might be a good thing. I probably could never work there again because of my shoulder injury. But I think, since they caused it, I should be able to do whatever little job I could do there. My injury come from me working there for a long period of time and me doing stressful work.