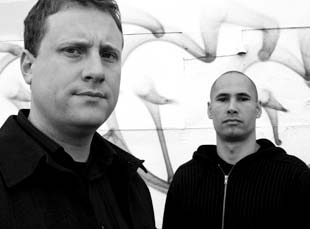 In their new book Torture Taxi: On the Trail of the CIA’s Rendition Flights, A.C. Thompson and Trevor Paglen detail how the CIA transports detainees worldwide.

On September 6, President George W. Bush admitted that the United States detains suspected terrorists in secret CIA-run prisons in foreign countries. He announced that 14 individuals previously held in these secret jails had been transferred to the “detention facility” on Guantánamo Bay Naval Base. The president claimed that no other individuals were currently being held at these CIA “black sites,” but refused to disclose the location of said jails. “Doing so would provide our enemies with information they could use to take retribution against our allies and harm our country.”

In their new book Torture Taxi: On the Trail of the CIA’s Rendition Flights, A.C. Thompson and Trevor Paglen detail how the CIA transports these “detainees” around the globe. Thompson, a staff writer at the SF Weekly, is the winner of a 2005 George Polk award for local reporting. Paglen, author of Secret Bases, Secret Wars, is an expert on clandestine military installations like Area 51, a military black site in Nevada that he has monitored with “telephotography” and “amateur geospatial intelligence.” In These Times spoke with Thompson about how they tracked planes going to and from locations that don’t officially exist.

What first led you to investigate this story?

My coauthor Trevor asked me, “I’ve been following these planes, figuring out how they transport people around the world. Can you help me figure out who owns these planes, where they are at and whether they are legitimate companies or not?”

We started getting into high-end online databases, pulling government records on the companies that he had identified with the CIA torture planes. Next thing I knew, we were on the road to Reno, Nevada, to check out one of these companies. It quickly became clear that none of the companies were real. If we looked at three years of a company’s records, each year the signature of the CEO would look dramatically different. You start saying, “Wow! That’s not normal, that’s not normal at all.” We would look for the homes and phone numbers of the CEOs and find they did not show up anywhere. We couldn’t find any proof that the executives of these companies existed. It became clear that these were CIA fronts, not legitimate companies.

Besides the paper trails you followed, what else was involved in piecing together the story?

We realized through our research that a lot of these planes were flying out of a pair of airfields in rural North Carolina, so we flew to the towns and started poking around and talking to people. We tracked down the pilots who actually fly the planes. Most of them did not want to talk to us, which wasn’t surprising, but one did.

He told us about this company, called Aero Contractors that operates out of Johnston County, N.C., that was set up by a former CIA guy with the help of the agency. It transports CIA agents around the world and helps them conduct operations.

I was surprised to learn that the detainees are entirely transported on civilian charter planes. Can you explain the system under which these detainees are shipped around the globe?

The fleet of planes the CIA uses is set up with the basic corporate structures any company is going to have. They have to file FAA flight plans and paperwork like any company. It can’t operate completely in the black.

Typically, the CIA planes will fly out of these rural airfields in North Carolina to Dulles, or they will fly overseas to Guantanamo Bay, Morocco or Afghanistan. Now, one of the tipoffs about these companies is that there’s a document that is like the Rosetta Stone-document for this type of research. The document lists the companies that have global access to land at military bases; the CIA planes are all on that list.

You write about “extraordinary rendition.” What term does that term mean?

Prior to 9/11, the CIA and FBI jointly ran a program that would grab international criminals that had allegedly committed crimes against Americans and bring them to American jails and courts to be adjudicated. It worked in secrecy because some of these people were in countries that didn’t have extradition treaties or good relationships with the United States and wouldn’t hand over an alleged criminal. After 9/11, the CIA turned it into a program that was more about grabbing terror suspects wherever they were in the world. They wanted to take them to secret jails where nobody would notice them and try to extract as much intelligence from them as possible, with no sense that they were ever going to end up in a court.

What did you learn from getting so close to the “black sites” in Afghanistan?

Nobody was talking about or thinking about this issue. The Afghans would say, “Why are you so concerned with such a small number of prisoners from other countries that have been dragged here?” The justice system in Afghanistan is ad hoc. There are warlords who have secret jails in their houses. The U.S. military runs a network of 20 different detention centers that is essentially secret. These are jails that are publicly acknowledged, but the Afghan officials cannot get into them, the United Nations cannot get into them, the human rights groups cannot get into them, so they effectively operate in secret. A vast network of jails is holding hundreds of people. Really, when you talk about secrecy and indefinite detention, the problem is bigger than most people realize.

In the book you describe all of Afghanistan as a black site. What do you mean by that?

We checked out this facility that we believe is run by DynCorp. Afghan and jail officials could not tell us what goes on in there. The local police chief could not tell us what goes on there. This facility takes up the better part of a square block. It is guarded by huge heavy bomb barriers and row after row of guards with M-16s. The rumor is that prisoners are being held there. The most we could get out of one guy was that it was a center for counterterrorist activity. When you encounter these detention centers that nobody can get into, you realize the whole country is sort of this black site.

Why do you think the CIA uses these techniques when many experts have said torture is not a reliable method of obtaining accurate information?

We spoke with the attorneys of the handful of men who have gotten out of the black sites. We interviewed prisoners who had been in military jails and they tell you terrible stories about being tortured. There’s all sorts of evidence that torture doesn’t work, so why is it done? I don’t know. I can’t answer that. What I can tell you is that a message is being sent out. It is about telegraphing a certain message. That message is not about what intelligence has been gathered, but what message can we send to his comrades: In effect, “Don’t mess with the United States.” Because if you do, you could end up in a dungeon with someone cutting up your penis.

Can you explain the legal limbo many detainees exist in?

There are people being held without charges, without any acknowledgement that they are even being held incommunicado, completely outside the normal procedures: counsel, timeline, and all that sort of stuff. President Bush has given this impression that there are 14 gentlemen and we are now going to try them in a military tribunal. But the courts have said that these military tribunals are not legal. Another thing, there are many more than 14 people being held. It is a pretty amazing limbo. If these people were being dealt with like a POW, they would be held with some semblance of openness, not locked in a dungeon incommunicado.

Were you surprised that Bush admitted there are secret prisons?

I was surprised. But after the acknowledgement from the president, there was an immediate subterfuge–“14 guys we will prosecute.” In fact there are at least 150 people.

In the concluding chapter you write, “The facts show that the United States has become a nation that disappears people, practices torture. What’s more, the torture planes, the renditions, the Executive Orders that produced them are here to stay.” Have any of the recent developments made you hopeful that the system will be curtailed or even ended?

One of the frustrating things is that Europe plays a tertiary role in this. Poland and Romania had secret prisons, but we are the people who run them. The American populace doesn’t seem concerned. The Europeans are far more upset about this. This should be one of the key issues for American people of conscience. How can we be a nation that tortures people and flies them to dungeons? I am skeptical that anything major will change without public pressure. The Democrats have abandoned this issue. It doesn’t poll well for them. Interestingly, the ones saying torture is bad are maverick Republicans. However, things can and do change. The Church Commission in the ’70s put the screws to the CIA. That happened because people didn’t want to be spied on, have the government disappearing people, and have their government meddling in the elections and affairs of other countries. It is totally possible to curb these excesses. When average people decide they don’t want torture, things will change.