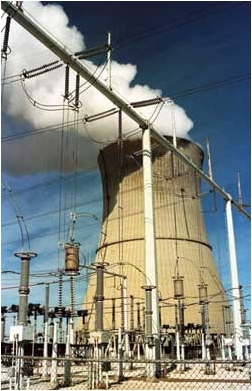 BY Tony Wesolowsky
Share TweetReddit0 EmailPrint
Prague—Sixty-five million people will die from pollution caused by nuclear energy and weapons programs built before 1989, according to a report published earlier this year by a European scientific committee. The research, from the European Committee on Radiation Risk (ECRR), raises doubts about previous estimates of the risk posed to humans from exposure to radiation from nuclear power and weapons.

The study by the ECRR, based on a risk-assessment model developed over the past five years, challenges previous assumptions about the safety of even minimum exposure to low-level radiation. With lower-threshold calculations for the risk of exposure to radiation than have been used in the past, the report found that radioactive releases up to 1989 have caused, or will eventually cause, the death of 65 million people worldwide.

For years, scientists have debated claims that radiation causes the higher incidence of cancer rates observed near nuclear power plants.

The ECRR is an international group of 30 independent scientists led by Chris Busby, a member of the British government’s radiation risk committee and adviser to the Ministry of Defense on the use of depleted uranium, and Professor Alexey Yablokov, a member of the Russian Academy of Sciences. The study was commissioned by the European Union.

The report points to a rise in breast cancer rates among women who were adolescent between 1957 and 1963, during the height of atmospheric nuclear weapons testing worldwide.

The ECRR findings also challenge the International Commission on Radiological Protection, a group that for decades has been the main authority on radiation health risks. ECRR criticizes the group for underestimating the dangers associated with exposure to low-level radiation and maintaining chummy ties with the nuclear industry.

A Green Party member of the European Parliament, Caroline Lucas, faulted current models of nuclear risk analysis for failing to account for high child leukemia rates in a statement supporting the ECRR. “These shocking new figures give the nuclear debate a renewed urgency,” she said. “People are dying—and continue to die—in the millions.”

In an e-mail response to questions, Norman Gentner of the United Nations Scientific Committee on the Effects of Atomic Radiation (UNSCEAR) called the ECRR findings “utter nonsense” based on “pseudo-scientific methodology.”

But the ECCR says its calculations are in agreement with the observed incidence of cancer and ill health following disasters like Chernobyl.

The research comes amid fresh warnings over the cement sarcophagus entombing the damaged reactor at the decommissioned nuclear plant at Chernobyl, Ukraine, where the world’s worst nuclear nightmare played out on April 26, 1986. In April, Russia’s atomic energy minister, Alexander Rumyantsev, said the cement encasing is collapsing and urgently needs reinforcement.

The aftermath of Chernobyl is being felt 17 years later. The head of an Irish charity helping the victims of Chernobyl has warned of a spike in thyroid cancer among children in neighboring Belarus. “What we are witnessing in Belarus is the erosion of the nation’s health,” says Adi Roche, founder of the Chernobyl Children’s Project. Roche, whose group recently brought $3.2 million in aid to Belarus, speaks of “soaring” infertility rates, and warns genetic mutations are now being passed on to a new generation. “Many of those who were children at the time of the explosion are now beginning their own families, and we are seeing the effects of radiation being passed on to the next generation and into the gene pool. The rate of congenital birth deformities is frighteningly high,” she told Agence France Presse.

The world’s other known nuclear meltdown took place at Three Mile Island in central Pennsylvania in 1979. A frequently cited study conducted by Columbia University in 1990 concluded that the accident had caused no ill effects on the exposed population. Other scientists disagree. Steve Wing, an epidemiologist at the University of North Carolina School of Public Health, found in 1997 that people living closer to the path of the escaping radiation cloud developed all cancer types more frequently, especially lung cancer and leukemia.

Among the 20,000 people who lived near the plant and close to the plume’s path, lung cancer and leukemia rates were two or more times higher than what they were near the plant and upwind from the plume, according to Wing’s study. Among those in the most direct path of the plumes, lung cancer incidence was elevated by 300 percent to 400 percent, and leukemia rates were up by 600 percent to 700 percent.

Those kind of percentages more than make clear that nuclear power carries heavy risks. If only the nuclear industry and its supporting cast would open their eyes.