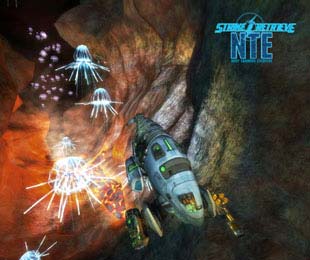 Teenagers, be warned: Military recruiters have armed themselves with “Wat up, dude?” and “nmu” in their effort to lure you to Iraq. (For those who lack daily interaction with teens, “nmu” means “Not much. You?”)

As headlines reveal that the military is lowering standards to meet its recruiting goals, the Pentagon is trying new techniques to connect with Millennials–those born between 1980 and 2000, formerly known as Generation Y.

In September, the website Entropic Memes reported that attendees at last spring’s Annual Navy Workforce Research and Analysis Conference were given a slideshow presentation titled “The Road to a 2025 Total Force: Talkin ‘bout Their Generation.”

At the presentation, ad executive Arthur Mitchell, director of strategic planning for Campbell-Ewald, the agency behind the Navy’s Accelerate Your Life campaign, talked about the inability of Navy recruiters to connect with today’s young people.

Millennials, he explained, are “narcissistic praise junkies” and “a somewhat alien life force.” To help recruiters communicate with such bizarre life forms, Mitchell presented a pop culture quiz, asking recruiters to identify members of Green Day and the Black Eyed Peas (two popular bands). In addition to getting them up to speed on today’s music, he showed them the ins and outs of text messaging and emoticons.

“At first contact, the Navy world is going to be too real to digest,” according to the slideshow presentation, “akin to the ‘The real world’ in Matrix.” It goes on to say, “Teach them. Guide them. Mentor them. Bull@*#% them, and they will just walk away.”

The typical kid today, the report says, has the following characteristics:

Mitchell underscored that Millennials are tightly bound to their parents. A slide titled “The ‘Coddled’ Generation” explained that these young people were “raised by active, involved, ‘helicopter’ parents who challenge poor grades, negotiate with soccer coaches, visit college campuses, question employers, etc.” (The term “helicopter parent” means someone who hovers over their kids, ever ready to touch down and help out.) The challenge for recruiters then is not only to convince the kids, but also their parents. “This generation actually likes their parents, somewhat of a departure from previous generations,” Mitchell said.

The Army first reached out to parents in 2005 as part of its Army of One campaign by advertising giant Leo Burnett. These ads were directed by Samuel Bayer, who made his mark directing Nirvana’s “Smells Like Teen Spirit” video.

Since then, the Army has changed its ad slogan to Army Strong, which targets parents with the slogan “You made them strong, we’ll make them Army strong.” At the GoArmy.com website, a “For Parents” link features videos from parents who have children serving. These videos retread the usual Army themes–see the world, learn self-discipline and go to college. Although the Army may have been a good life experience for these kids and their families, these days, a slick commercial with an inspiring soundtrack won’t necessarily persuade media savvy parents, many of whom are Gen Xers.

“No matter what, Navy experiences will only be a Google search away,” reads one bullet point in the second half of the slideshow. But also a Google search away, Millennials can find unflattering information from troops in Iraq, like the photos leaked in 2003 from Abu Ghraib.

In Army of None: Strategies to Counter Military Recruitment, End War and Build a Better World, authors Aimee Allison and David Solnit document that recruiters lie. They lie about job training, the likelihood of being deployed to a battle zone and the size of bonuses. “Among recruits who sign up for the Montgomery G.I. Bill,” the authors write, “65 percent receive no money for college.” Knowing this, “kids today are less likely to join the military because they want to go to college,” Solnit said in an interview.

As for the $1,200 nonrefundable deposit required to enroll for the G.I. Bill, Solnit says the military uses this deposit as “a retention factor [so that] people stay in for their full eight-year term.” Recruits are more likely to stay in the military if they risk losing their deposit or if they risk qualifying for their promised college benefits.

It’s been almost 35 years since the military switched to an “all volunteer” force. When it did so, it dropped the generous and deserved benefits that were granted to previous generations.

As long as the military continues to lie to and mislead prospective recruits–whether in person or via a text message with a pop culture allusion and a friendly emoticon–today’s kids will continue to shun military service. By doing so, they are heeding the government’s implicit message: As an Army of one, you’re better off joining Blackwater.

Would We Already Have Had a COVID-19 Vaccine Under Socialism?