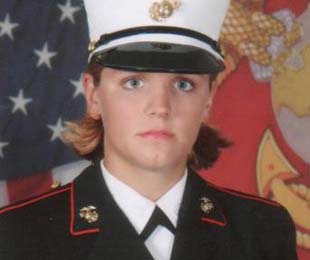 Maria Lauterbach was killed weeks before she was set to testify against her accused rapist. Her remains were later found buried in his backyard.

Silenced in the Barracks

The Pentagon fails to protect U.S. troops from sexual abuse

When military sexual assault survivors call Susan Avila-Smith, she advises them to keep their mouths shut while she works on getting them home.

“It breaks my heart to do that,” she says, “but I want to get them out alive and that’s my main goal.”

Since she left the Army in 1995, Avila-Smith estimates that she has helped about 1,200 rape survivors separate from the U.S. Armed Forces and claim their Veterans Affairs (VA) benefits. As founder of Women Organizing Women, an online support group for survivors of military sexual trauma (MST), Avila-Smith has heard it all. But lately, she’s been more sensitive than usual.

“Maria’s case has triggered something in me,” she says. “I imagine the VAs are filling up right now with women who never even stepped foot in there before.”

“Maria” is 20-year-old Marine Lance Cpl. Maria Lauterbach, who disappeared from Camp Lejeune, outside of Jacksonville, N.C., on Dec. 14, 2007, one month before she was expected to give birth. As the local police enlisted the press to help reach out to Lauterbach and solicit information from the local community, it was soon reported that she had recently accused a superior at Camp Lejeune of rape.

Naval Criminal Investigative Service agent Paul Ciccarelli attempted to quell suspicions that the two might be linked, assuring the Associated Press that the “sexual encounter” was “not criminal.” On Jan. 10, the Marine Corps Times, a weekly newspaper serving military personnel, bolstered this claim, speculating that she may have fled to avoid charges for “making false statements.”

That same day, Lauterbach’s accused assailant, Marine Cpl. Cesar Laurean, was scheduled to appear at the Onslow County Sheriff’s office for questioning. He never showed up. On Jan. 11, Laurean, who had reported for duty for a full month after Lauterbach’s disappearance, failed to do so. His wife told investigators that she believed he had left for Mexico and gave investigators a note written by Laurean that said Lauterbach had slit her own throat with a knife, and he then buried her. Detectives have rejected that claim, and an autopsy found that Lauterbach died of a blunt force trauma to the head.

Later that day, her charred body was uncovered in a shallow grave behind the Laurean home. The horrific discovery took place only weeks before she was to testify against Laurean.

The drama set off a media frenzy, with updates on the cross-border manhunt constantly flashing across CNN tickers. Radio and talk show hosts, meanwhile, dissected Lauterbach’s character and credibility and questioned the delayed military response.

But Avila-Smith wasn’t surprised. “Unfortunately, the way her case was handled is the norm,” she says.

The Lauterbach case, according to Avila-Smith and many others, exemplifies the “criminal failure” of all branches of the military to address sexual assault for what it is–a violent crime. It is a “broken system” that she says puts victims on the defense, grants immunity to assailants and, in the end, puts rape survivors who have the courage to speak out, in even greater danger than if they had just accepted the abuse as collateral damage in their military careers.

Following a 2003 firestorm of media reports and investigations exposing the prevalence and tolerance of sexual assault in the armed forces and training academies, Congress called on the Department of Defense (DoD) to revamp its approach. That same year, the results of a study conducted by Dr. Anne Sadler of the Iowa City VA Medical Center found 30 percent of female veterans having suffered MST while on active duty.

In response, Congress called on the DoD to overhaul its approach to sexual assault within its ranks. The 2005 defense authorization bill mandated the creation of the Sexual Assault Prevention and Response Office (SAPRO), which, according to its website, has since served as “the single point of accountability and oversight for sexual assault policy.”

SAPRO has made many strides in fine-tuning the Uniform Code of Military Justice and encouraging MST reporting. It has held a range of workshops, trainings and outreach campaigns to define and denounce sexual assault. It also has set up a website to educate service members on how to deal with–and deter–the crime. At the same time, Sexual Assault Response Coordinators (SARCs) and victim advocates have been stationed on every major base to coordinate victims’ services.

However, according to many women, the reforms are missing the mark.

Former Army Pvt. 1st Class Jessica Doe, who prefers that her last name remain confidential, says that after she was raped by an instructor at Fort Eustis, Va., the SARC “blew it off like it was nothing.” Jessica pressed charges anyway, but says all that came of her search for justice was “rumors, scorn and lack of friends within my own unit.” The instructor was verbally reprimanded.

“I lost my benefits and everything,” she says. “I lost my career because the Army was going to be my career.”

A 2004 survey of U.S. service members conducted by the Pentagon’s Advisory Committee on Women in the Services found fear of repercussions to be the number one “perceived barrier” to reporting sexual abuse, noted by 81 percent of female respondents and 73 percent of male respondents.

Confidentiality, career-related concerns and distrust of leadership were also cited by a majority of rape victims.

Marine Cpl. Brittany Thornton says a member of her unit in Okinawa, Japan, raped her on Christmas Day 2005. She reported the incident right away, pressed charges and was put on antidepressants, which she says her commanding officer saw as reason to remove her from her post in weapons maintenance and assign her to a desk job.

“They revoked all of my certification,” she says, “even though my psychiatrist said the drugs wouldn’t affect anything.” As a result, Thornton was unable to go on deployments, while her alleged assailant was “traveling all over the Pacific.”

“I felt like I was being punished,” she says. “I think it was just a way for them [the chain of command] to make things difficult for me because they didn’t believe me.”

The administrative position, however, gave her access to court documents and allowed her to look up her own file. Thornton says she was appalled at what she found.

The CID (or Criminal Investigation Division) agent in her case had taken the liberty to completely revise her account of the assault. “She made it sound like I told her that we went out and got drunk and had sex and I didn’t really want to, and afterwards I regretted it,” she says. “It was nothing like what I had [actually] said.” Meanwhile, her case “went nowhere,” she says, and her assailant eventually received nothing more than a “slap on the wrist.”

Former CID agent Sgt. Myla Haider told In These Times that Thornton’s case is not rare. “If there was an adequate response to begin with, it might have made it to court and gotten prosecuted,” she says, “but [Thornton’s case] wasn’t anything unusual from what I’ve seen.”

Haider has investigated dozens of rape cases and says she almost always encountered a pervasive “attitude toward victims,” that guarantees the failure of the case.

“The investigators themselves,” Haider explains, “when working on cases, tended to focus on reasons a victim could be lying.” She described seeing “tag team interviews,” in which “one agent after another is sent in there to ‘get the truth’ out of the victim.”

“On occasion, that results in the victims becoming very upset,” she added, describing one case in which a victim “went running out of the office and declined to cooperate any further.”

Every MST survivor interviewed for this investigation told a similar story.

“My CID wasn’t an investigator, he was an interrogator,” says Pvt. S. Clark, of North Carolina, who preferred her first name not be used. “The thing that I remember is him leaning over the desk, with his cigarette breath, screaming at me, ‘Why won’t you admit that it was rough, consensual sex between two drunken adults?’ ”

Clark’s attacker had beaten her so badly that, months later, she began having seizures, which her doctors attributed to “cranial tearing.” Still, she says, the CID agent “made me feel as if I had dishonored my army and my country by speaking out against another soldier.”

Sometimes this attitude, says Haider, leads to claims being recanted. “The law enforcement response makes it so that victims don’t want anything to do with the investigation anymore,” she says.

Even if the victim continues to cooperate despite being re-victimized by law enforcement, the focus on her credibility happens at the expense of collecting relevant testimony, leaving the case little chance of surviving.

While physical evidence is collected according to protocol, Haider says this can seldom prove anything other than intercourse–useful for “stranger rapes,” but irrelevant for proving acquaintance rapes, which are the majority of cases.

Jessica Pupovac is an In These Times contributing editor and a Chicago-based freelance reporter.