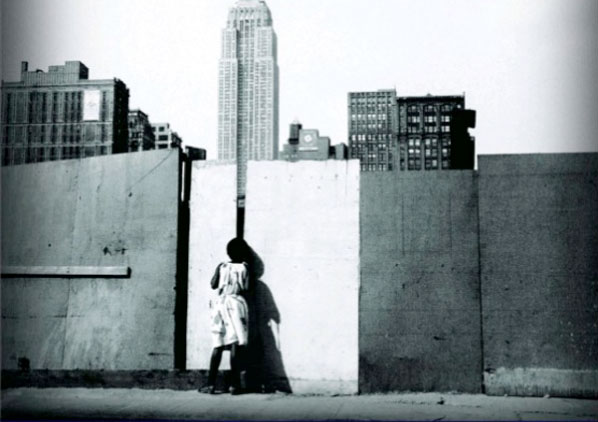 Jim Crow in the North

A new history examines the struggle to integrate above the Mason-Dixon Line.

For generations, the North has given itself credit for being less racially biased than the South, and for being the better place for African Americans to live.

The logic was straightforward – at least to Northerners. After Reconstruction ended in 1876, the South imposed Jim Crow, which it enforced with lynchings and state-sanctioned brutality. As a result, millions of blacks fled to the North.

Northerners have forgotten, however, how hard it was for blacks living above the Mason-Dixon Line to struggle to achieve rudimentary freedoms.

While the North has had no Selma march, no Birmingham church bombing, and no George Wallace pronouncement of “segregation now, segregation tomorrow and segregation forever,” virtually every northern city had its share of racial killings, cross burnings and white riots.

In Sweet Land of Liberty: The Forgotten Struggle for Civil Rights in the North (Random House, November), Thomas J. Sugrue, a professor of history and sociology at the University of Pennsylvania, lays bare the difficulty blacks have had in the North from before the first black Great Migration in the ’20s to the present.

This 80-year chronicle of recent history is, at best, a glass-half-empty tale.

The ’20s, as Sugrue tells it, was an era of growing hostility, as blacks moved north. Restrictive covenants blocked black entry into many neighborhoods. Schools were openly segregated. Shopkeepers and theaters displayed “whites only” signs. Sugrue writes, “Even celebrities such as Josephine Baker, Paul Robeson, Dorothy Dandridge and Marian Anderson had a hard time finding rooms and faced Jim Crow in restaurants when they toured the North.”

In the ’30s, blacks gained some voice in the Roosevelt administration, and some New Deal programs provided them relief from the Great Depression. But racism prevailed in many government programs. Federal housing agencies deemed black neighborhoods unworthy of credit, and federal officials segregated public housing. The ’30s and ’40s also saw white riots – in cities such as Chicago, Detroit and Los Angeles – aimed at restricting blacks to neighborhoods they already occupied.

However, the war mobilization in the late ’30s and early ’40s, and threats of massive black demonstrations, did force the federal government to open up defense-related job opportunities.

Sugrue writes about A. Philip Randolph’s threatened 1941 march on Washington, which led to President Roosevelt’s executive order forbidding defense contractors from discriminating based on race. After further pressure, black employment in the aircraft industry increased, and auto industry employment jumped from 3 percent in the early part of the decade to 15 percent by 1945.

After World War II, northern cities became even more segregated as blacks moved into urban areas and whites migrated to the suburbs. Large-scale developments – such as the Levittowns in Long Island, N.Y., and Bucks County, Pa. – restricted occupancy for whites only.

Sweet Land of Liberty also takes an incomplete look at the northern courtroom struggles to attack discrimination during the ’60s and ’70s.

Robert L. Carter, the general counsel of the National Association for the Advancement of Colored People (NAACP) – for whom I worked in the ’60s – believed that the U.S. Supreme Court had to apply in the North the same equal educational opportunities doctrine central to the 1954 Brown v. Board of Education decision.

The nation’s most distinguished social scientists and educators testified in northern federal courts about segregation’s harmful effects irrespective of intent, but every appeals court that considered the issue rejected the NAACP’s position, and the Supreme Court refused to review these decisions.

Perhaps white flight would have yielded segregated schools in some locations no matter how the courts had ruled – as happened in Boston, Sugrue writes – but integration could have at least come to small-sized and medium-sized school districts, and a high court ruling would have given the movement its moral and legal authority.

Sugrue does not discuss these efforts, however, or what kind of effect Carter’s 1968 resignation – along with his staff’s (over a freedom of speech issue) – had on the NAACP’s legal program.

Sweet Land of Liberty argues that the North’s efforts to achieve racial equality stagnated in the ’70s and ’80s and never recovered. Sugrue blames this on “the mismatch between social movements and the huge social problems they faced” – problems caused by “hypermobility of capital,” “the growing gap between rich and poor” and “the triumph of the market.”

He also argues that the old national civil rights organizations – such as the NAACP – were in decline, replaced by community-oriented grassroots movements that revolved around War on Poverty programs. However, community-based activism was unable to counter structural changes, such as the loss of well-paid industrial jobs, tax policies favoring the rich and an anti-government ideology.

Sugrue discusses the black power movement, but he has little positive to say about it. He instead sees electoral politics becoming the focus of community leaders, resulting in many blacks being elected to local and state offices. Yet many black officials – hobbled by budgetary constraints and aware of their white constituents’ concerns – could do little more then preserve the status quo.

In his epilogue, Sugrue writes that civil rights gains have been rolled back, activists have been forced on the defensive, affirmative action has died, and racial disparities in wealth, housing, education and healthcare have widened.

As to Sugrue’s contention that electoral politics have become the new civil rights arena, President-elect Barack Obama’s election certainly makes his point. The question remains, however, as to whether Obama, by focusing on poverty issues rather than race in these times of severe economic decline, can advance the civil rights struggle in the North, as well as the South.