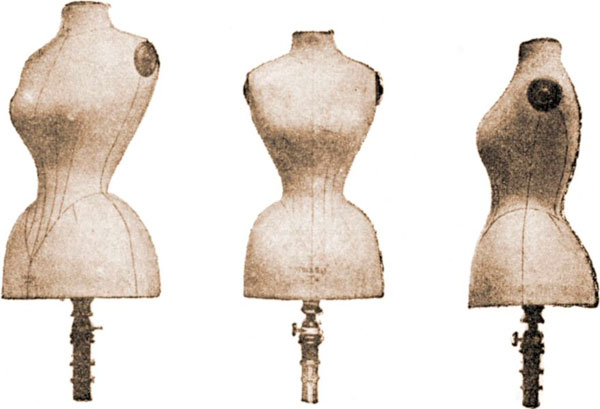 A giant stalks the literary landscape.

Tiffany Baker’s debut novel, The Little Giant of Aberdeen County, (Grand Central, January) has an enchanting and seductive beginning. The language is lush, the plot is formidable, the characters are intriguing and the tone hints of magic.

But the book’s great promise is never quite met, and the ending isn’t at all earned. The greater tragedy is that with just a little editing, just a little twisting and tightening, the book would have been a sensation.

Truly Plaice is the title’s giant–a giant whose dimensions we never know. Her height and width is always described only in comparison: a head taller than Marcus, the gardener/cemetery caretaker and her lifelong suitor (who is, in turn, drawn as small, but without specific measurements). Truly is a monstrous kind of big, not too much different than the horses kept on the farm where she grows up.

This lack of precision is both good and bad. On the one hand, our imagination fills in the proportions. Bigness is metaphor: magnanimity, suspicion, goodness, evil. Bigness is Otherness. On the other hand, Baker occasionally undermines her own intent.

At one point late in the novel, Truly describes Marcus standing behind her, “his knees pressed into the backs of mine, keeping me straight and strong.” If he’s a head shorter, that seems unlikely. And if her legs are particularly stubby, it seems an odd thing to reveal for the first time on page 327. Is this just a detail? Of course. But novels this layered depend on details, and they need to fit together smoothly, like puzzle pieces.

Baker opens the story with Truly taking care of Robert Morgan, her brother-in-law and the scion of a bunch of other Robert Morgans, all doctors, all upstanding citizens of Aberdeen, and all heirs to a mysterious quilt. The quilt has powers, for in it are stitched the secrets of one of Robert Morgan’s ancestors, a witch and healer named Tabitha (whom everyone–even those out of the family–seems to treat now and again with the familiar “Tabby,” a habit that corrodes her persona as compelling and mysterious). Stitched into the quilt are recipes from Tabitha’s “shadow book”–in other words, the chemistry behind her potions.

It’s the quilt that will give Truly a hand in her destiny–one of the things that Baker does right is allow Truly stubborn and unkind emotions. This will drive her to make mistakes (some too convenient) but will give her a different kind of dimension: depth and complexity. There are times when Truly is patently unlikeable, bordering on wicked, and these are her best moments. If only Baker hadn’t felt the need to pull her back, to always remind us of her essential goodness. If only she had let Truly not be so conveniently victimized by the consequences of her size and the stereotypical ignorance of those around her. (It’s also just a bitch to think of her as so constantly luckless when she does, in fact, find a substitute family who loves her and cares for her, and when Marcus is obviously starry-eyed to everyone but her.) This makes the story predictable, robs it of its freshness.

The novel works backward, then comes back to the present about midway, then drives forward into the future. But time itself is often murky: “Seasons passed”–how many? “Later that summer”–how much later? One minute Truly can let Robert Morgan know how Bobbie, her nephew–his runaway son–is doing, the next it turns out she hasn’t seen him in ages. One minute Marcus can’t approve of Truly’s deadly activities, the next all is forgiven and he thinks she did the right thing. The reason for the changes often seem to be for plot convenience, regardless how it upends the characters or blurs the progress of time.

The Little Giant of Aberdeen County is written in first person, but a first person that is selectively omniscient. It’s a device that, given Truly’s position as Tabitha’s heir, could have been an actual part of the story. Instead, it appears arbitrarily. Truly, for example, can see with a telepathic eye what Bobbie does in solitude in the wee hours of the night, dressed in his mother’s old wedding dress. Yet she has no idea that her sister, Serena Jane–Bobbie’s mother–is, in fact, not dead, but living in California, her death all a performance orchestrated by Robert Morgan to cover up the shame of her walking out on him.

When Serena Jane reappears at the end–in a note rather than in person–it makes no sense: Her disappearance has haunted Bobbie’s life, forced Truly into servitude to Robert Morgan and neutered Morgan. It has been the fuel that has churned the narrative. But her return merits only a postcard that concludes with a plea for Bobbie to forgive her? And Bobbie doesn’t demand to see her? In fact, we have no idea about his reaction because neither Truly nor Baker reveals it. And, that, frankly, cheapens the insistence on his trauma throughout the novel.

This is the kind of reading that begins like a high school crush–giggly and effervescent–then becomes sour and ultimately banal. We want to know how Serena Jane’s absence is redeemed in the eyes of those affected by it. We want Bobbie to react (and to know how cooking in a gay bar turns a willowy boy into a man of Michael Phelpsian musculature). We want the ending to be every bit as savory as the beginning, if not even more so. And we want Truly’s giantness to be meaningful, not merely clunky.

Her otherness should inform and explore. Instead it merely decorates, giving us nothing more than a touch of exoticism.