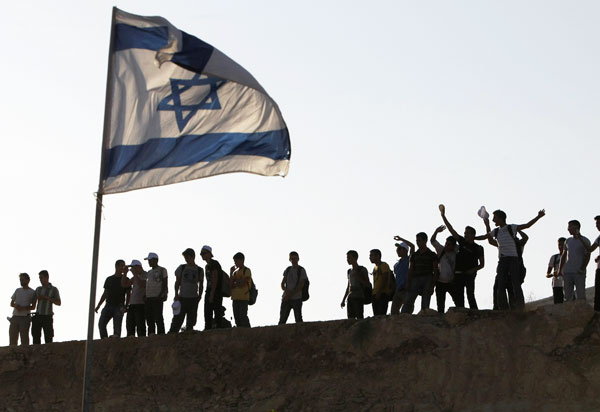 The great scientist was both a Zionist and bi-nationalist—a fact too complex for the author of a new book to accept.

Jerome could have written an illuminating book about left-wing critics within the Zionist fold and the broad political spectrum that persists in Israel to this day.

For too many people around the world, what entirely defines Zionism are the following and similar misdeeds of contemporary Israel: the expansion of settlements on occupied territory in contravention of international law, the destruction and confiscation of Palestinian properties, a heavy-handed use of military might as seen in the Gaza Strip in January of this year, and Foreign Minister Avigdor Lieberman’s blatantly racist pronouncements and legislative initiatives.

If that’s all you see and know, what else would you think? But such a view would ignore the complicated history and evolution of Israel.

Fred Jerome, a journalist who identifies strongly with the anti-Zionist left, has authored his third book on Albert Einstein’s political activism. Like his first two, The Einstein File: J. Edgar Hoover’s Secret War Against the World’s Most Famous Scientist (2002) and Einstein on Race and Racism (co-authored with Rodger Taylor in 2005), Einstein on Israel and Zionism (St. Martin’s Press, 2009) is an eye-opener. But not entirely in the way that he intended.

Jerome contends that the great scientist, who was offered Israel’s presidency in 1952 by David Ben-Gurion after the death of its first president, Chaim Weizmann, was not really a Zionist and that he was not a supporter of the State of Israel, as is widely believed.

Jerome’s book mostly consists of Einstein’s own words (largely translated from German). It supplies quote after quote–letters, speeches, interviews, testimonies of Einstein–documenting his solidarity with the Zionist cause and his heartfelt concern for the suffering of his fellow Jews in the first half of the 20th century. This should hardly be surprising, given that even he was a refugee from Nazi Germany.

Einstein on Israel and Zionism is full of such declarations as this, from Einstein’s address to a Jewish National Fund gathering in Philadelphia, in 1936: “There is not one good Jew who doesn’t stand behind the construction work in Palestine.”

There’s also plenty of evidence cited for Einstein’s bi-nationalist sympathies, such as this testimony before an official U.S. commission in 1946: “I am in favor of Palestine being developed as a Jewish homeland but not as a separate state. It seems to me a matter of simple common sense that we cannot ask to be given the political rule over Palestine where two thirds of the population are [sic] not Jewish.” He preferred “a secured bi-national status in Palestine with free immigration.”

One can understand Jerome’s confusion in how to characterize Einstein’s beliefs. He proves that Einstein was one of a number of prominent Zionists who preferred a bi-national state in an unpartitioned land of Palestine. Still, he fervently supported the growing Jewish presence in Palestine.

Jerome approvingly quotes Einstein’s statement in 1930 that there was plenty of room for Jews and Arabs to live peaceably together in Palestine. Apparently, Jerome doesn’t realize that this was a Zionist position, whereas Arab nationalists overwhelmingly opposed Jewish immigration.

It is true that some Zionist leaders darkly predicted a need to “transfer” Arabs to make room for Jewish refugees, but peaceful co-existence was very much a goal of a substantial number of Zionists in the 1920s, ‘30 and ’40s.

Visitors to Hashomer Hatzair’s museum in central Israel may be surprised to see a 1946 poster boldly exhorting Jews to “oppose the Jewish state.” But once their kibbutz communities came under attack in late ‘47 and early ‘48–as Arab forces violently rejected the UN’s partition plan– movement members rallied to the Hagana militia and its elite Palmach strike force in large numbers. This was, initially, a war of survival for the Jews of Palestine, who suffered the loss of one percent of their entire population (including 1,000 civilians) killed and 2.5 percent wounded.

These complicated facts resist Jerome’s effort to depict Israel’s founding and the nature of Zionism in exclusively sinister terms. The writer apparently cannot accept the weight of the evidence he has unearthed in the Jerusalem archives which he sifted for his book.

He does uncover indications that Einstein was disappointed by the less than utopian nature of Israeli society. For instance, there is this quote from what Jerome indicates was his last published interview (Einstein died in 1955): “We thought [Israel] would be better than other nations, but it was no better.”

But fair-minded readers should detect that Jerome’s thesis that the scientist didn’t really support Israel’s establishment is over-stated in the extreme. For example, on November 28, 1947, the day before the UN General Assembly voted to partition Palestine between Jewish and Arab states, Einstein’s message to a conference of the Histadrut labor federation included not one word, even as reported by Jerome, against Jewish statehood:

…Our aim is to save the remnants of our people in central and eastern Europe after the terrible catastrophe and to lead them to a future of fruitful work in Palestine. … It will be the first time since the destruction of Jerusalem by the Romans that we will be able to construct an independent society as a free nation….

When Jerome himself writes (a relatively minor proportion of this book) he steers his readers toward those of Einstein’s words that emphasize his distaste for nationalism and militarism, his disagreements with right-wing and centrist Zionists and his desire to reach out for peace with the Arabs.

If the author were not so tendentious and set in his conclusions, he could have written an illuminating book about left-wing critics within the Zionist fold and the broad political spectrum that persists in Israel to this day.

But he would have had to acknowledge that Zionism had a humanistic left (as it still does), and this would have meant putting a human face on people he can only see as benighted.

Since he cannot accept that his hero, Albert Einstein, could be one of them, he must define him as merely a “cultural Zionist.”

Ralph Seliger specializes in writing about Israel and Jewish cultural and political issues. He was the final editor of Israel Horizons, the recently expired quarterly publication of Meretz USA, now known as Partners for Progressive Israel, for which he is blog co-administrator, and also blogs for Tikkun Daily.