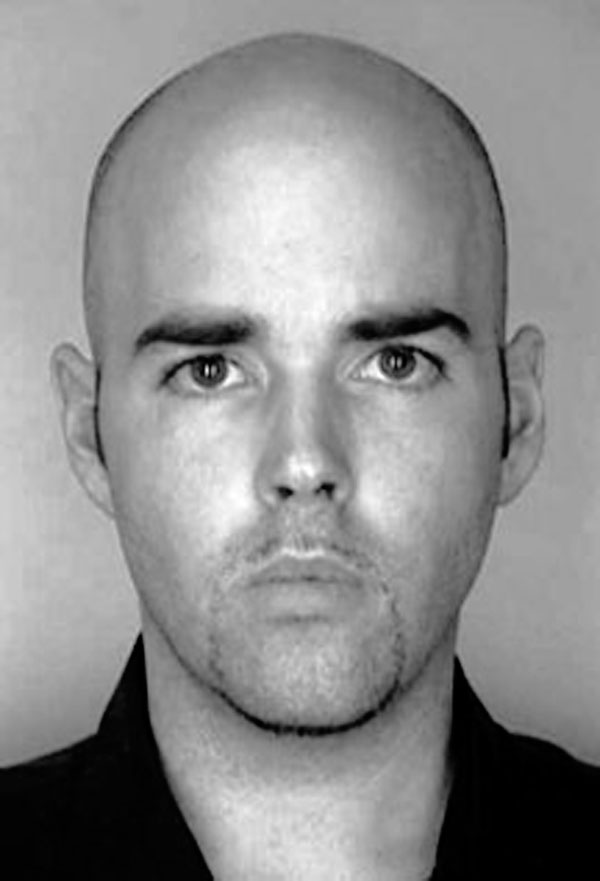 King of the Crazy Suit

Meet Jonathan Lee Riches, the most litigious man in history.

Riches says George W. Bush told him he used Blackwater to ‘swindle the Iranians out of their nuclear weapons in exchange for 10 tons of hummus and 1 ton of Singapore Street Noodles.’

“Jonathan Lee Riches will be in every local, state, federal court in the world, then when my name gets banned or flagged, the 100’s of AKA’s of mine kick in and refile. I’m Murphy’s Law, the Plague, Cyrus the Lawsuit Virus. I swine flu suits with tainted pork in the courts. I appeal. Anyone is welcome to write me. I appeal.” –Jonathan Lee Riches, March 16, in a motion appealing the decision of Hon. Miriam Goldman, Southern District of New York, denying him representation of Martha Stewart in United States of America v. Stewart.

Comes now Jonathan Lee Riches, aka the “Legislator Crusader,” “Johnny Sue-nami,” the “Duke of Lawsuits,” the “Neal Boortz of Appeal Courts,” “Sue-per-man,” the “Patrick Ewing of Suing,” the “Lawsuit Zeus,” aka “Bernard Madoff,” aka “Irving Picard,” aka “Howard Stern,” aka “Herb Allison,” aka “Robert Alan Meyst,” aka “Farouk AbdulMutallab,” the undisputed world champion of the frivolous, farcical and otherwise insane lawsuit, hell-bent on transforming the court system of the United States, and ultimately the entire world, into the stage for his own twisted brand of humor.

Riches is, according to the Guinness Book of World Records, the most litigious man in history–having either spawned or intervened, as a third party or plaintiff, in more than 5,000 civil and criminal cases in federal, state and local court.

For bestowing him with this dubious honor, Riches sued Guinness in 2009, along with the Library of Congress, Encyclopedia Britannica, and several other publishers, stating that Guinness, et al. were hurting his feelings, violating his civil rights and perpetrating a disservice to all his hard work.

“These phrases [i.e. “Patrick Ewing of Suing,” “Johnny Sue-nami,” etc…] hurt my feelings and violate my civil rights. I’ve filed so many law suits with my pen and right hand that I got arthritis in my fingers, numbness in my wrists, crooked fingers, I got bags under my eyes for sleepless nights suing the world,” declared Riches in Riches v. the Guinness Book of Records, May 19, 2009.

In 2003, according to court documents filed by the Department of Justice, Riches was arrested in Holiday, Fla., for wire fraud, conspiracy, money laundering and computer hacking (“fraud in connection with access devices”), and for using false identities “to obtain money and property by means of false or fraudulent pretenses” via interstate wire and credit fraud.

In 2004, Riches, now 33, was sentenced to 10 years in federal prison. That was when the “sue-nami” began. According to Riches–who is now a prisoner receiving treatment for an eating disorder at the Federal Medical Center, Lexington, Ky., and who recently took the time to speak with In These Times from solitary confinement–the federal government is partly, if not entirely, to blame for the emergence of “Cyrus the Lawsuit Virus.”

Riches thanks the Federal Bureau of Prisons for providing prisoners with a plethora of legal resources, which he says spurred on his interest in taking part in the wonderful world of federal courts.

As to his motives, while court records of items seized by the FBI at the time of his arrest certainly show that Riches enjoyed the life of a high roller during his fraud days (a $9,000 platinum ring, a Movado watch, a Lexus), Riches says he cares nothing for material possessions and that he knows his suits are bullshit. He is not insane–as in detached from reality. He knows what he is doing. Money, says Riches, is not a factor in his effort to sue the world.

“One, it’s my constitutional right; two, it’s basically [an] injustice … the amount of time I got with my sentence; three, boredom; four, because I can; five, as I intervene in suits, all parties, all litigation stops, and they have to address my needs and my issues. So, there are a lot of factors that come into play with this.”

The maniacal energy that propels Riches–a man who literally needs to write and file suits around the clock in order to maintain the flow of civil action that has defined the past six years of his life–seems derived from a sense of injustice.

“I mean, you don’t do 10 years in prison for some fraud. If you look at my case, I pled guilty to one $450, $425 wire transfer–the only thing I pled guilty to. At that point, you plead guilty to a wire fraud statute, they give you zero to 30 years–that’s the kind of range they give you,” says Riches of his case. “But, under the federal sentencing guidelines, there’s a fraud range on the dollar amount you actually took.”

Riches says that after he accepted the plea to the $425 wire transfer, the prosecution jacketed him with millions of additional dollars through the cases of his co-defendants, resulting in a much heavier sentence than he anticipated.

Several of Riches’ lawsuits, though obviously farcical, reflect his feeling of wrongful detention.

In Riches v. Riches, he claims that he is in “imminent danger and face[s] great bodily harm,” due to the fact that he has being held against his will by President Barack Obama, Attorney General Eric Holder and “other terrorists” who have stolen his guns.

The reason for this detention and for the imminent threat to his life, says Riches, is that George W. Bush told him he used Blackwater International to “swindle the Iranians out of their nuclear weapons in exchange for 10 tons of hummus and 1 ton of Singapore Street Noodles from P.F. Changs [sic].”

What’s more, Riches explains in his handwritten complaint: “The Obama administration is now brainwashing the public through ultra sonic means via the Sean Hannity Show, the Rusty Humphry Show, and the Rush Limbaugh Show. American Idol, in collaboration with Dick Cheney, is visually transmitting the signals. The signals have forced me to act like I’m giving birth to an alien at random in direction of various individuals by grabbing my testicles so they look like an alien brain. My sex life has actually halted as a result.”

Riches further states that the guns stolen from him by Obama and Holder have been used by other defendants (alleged Holocaust Museum gunman, James Wenneker Von Brunn, and Swiss tennis player Roger Federer) to steal hummus from Whole Foods Market and street noodles from P.F. Chang’s China Bistro.

“I need not say the result will be catastrophic if the defendants are not stopped,” says Riches in his plea to the U.S. District Court of Colorado. “I am suing for damages in the amount of 10 trillion U.S. Dollars. Furthermore, I seek restraining orders against all defendants. I pray hummus and street noodles will be there for our children. This is the only recourse and resolution to end child molestation and tyranny.”

Generally, Riches’ suits die on the slab, the court either having dismissed them for Riches’ failure to file in forma pauperis (necessary for the court to waive the $350 filing fee), or because the claims contained in his complaint are incoherent or patently false (i.e. Riches v. Alice in Wonderland, Riches v. Hurricane Ike, Riches v. the Twilight Zone, Riches v. Africa, etc.)

As for the future, Riches hopes to be released to a halfway house next year. Once released, he plans to disseminate the seed of the lawsuit bug over the world, which Riches hopes will result in an all-consuming plague of court documents. The fact that he has been banned from filing cases in about a dozen federal districts due to repeated frivolous suits doesn’t deter him.

“Oh, this won’t stop–ever. Not never. I mean, not only that, but my supporters are going to eventually see that–and the courts don’t understand–me getting banned, that’s fine, but eventually other people are going to sue the courts or sue individuals that speak on behalf of me, that mention me in their suits… the world will hear–‘Jonathan Lee Riches’ everywhere.”