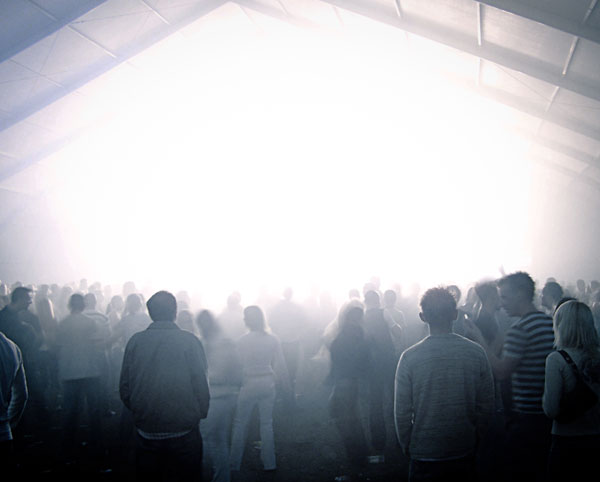 Could peer pressure be the "social cure" needed to help us see the light? (Photo by: stock.xchng/Marcello eM)

Peer pressure has worked since time immemorial to achieve negative results--street gangs, high-school dropouts. Turning it on its head might do some serious good.

Is it possible to make the world a better place by applying a new paradigm to the age-old concept called “peer pressure”? Pulitzer Prize-winning author Tina Rosenberg and publisher W.W. Norton are betting the answer is yes. They believe we will read Join the Club: How Peer Pressure Can Transform the World (March 2011) to learn the details and make the concept a reality across the United States and around the world.

But will this plan for reducing crime, terrorism and outright war really work? Are Rosenberg’s nearly 400 pages of mind-bending case studies–which suggest that peer pressure effectively marshaled has overthrown a repressive government, prompted minority students to excel in math classes, persuaded teenagers to demand safe sex, spurred a rebellion against cigarette manufacturers and allowed subjugated women in Indian villages to earn respect while helping their impoverished neighbors attain better health–proof positive? Or are Rosenberg and her publisher fuzzy-thinking intellectuals, albeit well-intentioned?

It has been 16 years since Rosenberg achieved fame with her book The Haunted Land: Facing Europe’s Ghosts After Communism. Because of it, she won the three most prestigious prizes a journalist can win–the National Book Award, the Pulitzer and another that comes with oodles of cash, the MacArthur “genius” designation. Readers wondered what she would produce as an encore to The Haunted Land. Now they know.

Rosenberg advocates for social change. But social change can occur in many, many ways. So why choose peer pressure, a tactic she now terms “the social cure”?

Rosenberg’s path to the social cure originated from her wanting to write about solutions to the seemingly intractable problems she had been exposing for years. This interest in solutions led her to examine the disintegration of Yugoslavia. She focused on Ivan Marovic, a student during the 1990s and into the 21st century, who had helped form a group called Otpor, a word meaning “resistance” in Serbian. Rosenberg came to believe that Otpor ignited the movement that deposed dictator Slobodan Milosevic in 2000. Following that, Marovic and other Optor organizers traveled to other nations such as Georgia, Ukraine and Zimbabwe to share methods for nonviolent change.

“What made Otpor different from every other democracy movement I had ever seen was that it focused on stripping away the fear, fatalism and passivity that keep a dictator’s subjects under oppression,” Rosenberg writes. “Otpor turned passivity into action by making it easy–even cool–to become a revolutionary. The movement branded itself with hip slogans and graphics and rock music. Instead of long speeches, Otpor relied on humor and street theater that mocked the regime.”

Peer pressure of the positive kind allowed Otpor to grow. “People joined the movement for the same reason they go to the hot bar of the moment,” she writes.

She realized she had seen something similar in South Africa: an AIDS-prevention program called loveLife. It was “to the classic public-health approach what Otpor is to the typical political party,” Rosenberg writes. Rather than relying on the unimaginative dissemination of depressing information, loveLife’s leaders aimed to create an “aspirational life-style brand” using celebrity gossip, music, fashion, school sports and relationship advice, among other tools. In such a group, according to Rosenberg, “a girl can hear from another girl–from a similarly bleak and dusty township–why and how she rejected a boyfriend who demanded sex without a condom. And she will think about doing the same.”

Looking beyond Yugoslavia and South Africa, Rosenberg began seeing examples across the globe that seemed to her like a paradigm, despite the widely varying subject matters.

The commonalities led her to write sentences like these:

[The campaigns] accomplish what countless efforts throughout the centuries have failed to do–persuade people to take action that is crucial to their long-term well-being but appears unpleasant, dangerous or psychologically difficult today. They get people to join the demonstration or confront their inner demons or avoid risky sex or trespass on long-held concepts of proper behavior not by lecturing them about their long-term interest or, indeed, talking about anything rational at all. Instead, they aim at what people want now–to belong, to be part of the in crowd, to be loved and admired and respected. These programs change personal behavior through social pressure.

To Rosenberg, it became obvious that peer pressure could achieve wonders. After all, since time immemorial, peer pressure has nurtured the dark side of human nature–violent street gangs, suicide pacts, high-school dropouts, persecution of minorities. Turning peer pressure on its head, she realized, might do some serious good.

Throughout Join the Club, Rosenberg grapples with the shortcomings of this peer pressure paradigm. She is wise to do so, because not every societal problem can be solved by the social cure. As a devil’s advocate, I would suggest, for example, that the social cure is quite likely to prove ineffective if employed to increase construction of new low-cost (but still expensive-to-build) housing in a city. The combination of private-sector drive for profit and constricted government budgets would seem fatal.

Some social problems such as combating global terrorism might prove susceptible to change theoretically. After all, if the social cure helps alcoholics stop drinking and gun owners stop shooting at each other, perhaps it could turn faith-based terrorists into nonviolent citizens. But on a practical level, Rosenberg’s reasoning when addressing terrorism feels like reaching.

Still, I choose to express optimism–excitement, even–about Rosenberg’s prescriptive book. In my work, I focus on shortcomings of America’s criminal justice system, especially wrongful convictions. Until reading Join the Club, I failed to realize that a rather effective way of overturning wrongful convictions qualifies as a “social cure.” It involves the spread of innocence projects around the nation, groups that have formed what is now called the “innocence project network.”

The staff and volunteers of innocence projects–almost every state is covered, however thinly, by at least one–have successfully banded together to persuade the vital actors (police, prosecutors and judges) to release innocent men and women from prison while continuing to seek the actual perpetrators of the crimes. The innocence projects, usually limited in geographical coverage and starving for adequate budgets, have cut across state boundaries to help locate witnesses and suspects. The projects also share solutions to the country’s wrongful conviction mess, including improved eyewitness identification procedures and the taping of interrogations from beginning to end.

Like Rosenberg, I am opting for optimism, with a focus on solutions.