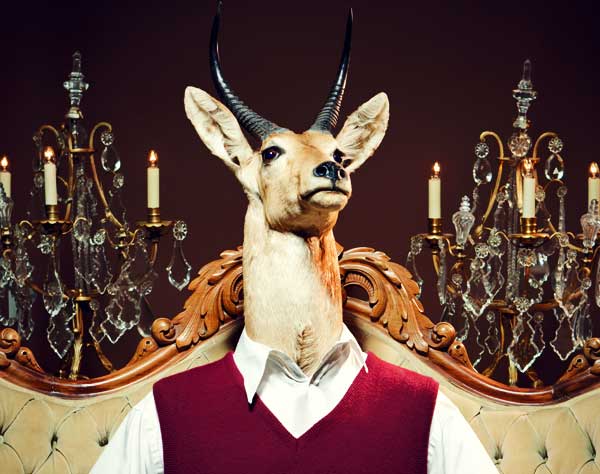 “We become fully ourselves only through the ever-richening interplay of our networks.”—David Brooks, The Social Animal (Photo by: Ryan J. Lane)

Twilight of the Social Critics

David Brooks has given us a dystopian vision of how a world starved of genuine social criticism can make idiots of us all.

When America has had to stir itself out of calamity – or even just navigate its way from one calamity to the next – the cultural scene usually comes in for a bout of searing self-inspection. The psychic foundations of the Civil War were famously rooted, at least in terms of the Northern abolitionist sensibility, in Harriet Beecher Stowe’s Victorian melodrama Uncle Tom’s Cabin. Progressive reformers found a common refrain of national improvement in Herbert Croly’s The Promise of American Life – a book that, for better and worse, has graced successive liberal generations with the magazine also launched under Croly’s overexuberant directorship, The New Republic. And the very idea of the Gilded Age sprang out of a satirical novel of the same name by Mark Twain and Charles Dudley.

Arguably, this tradition stretched back to the country’s colonial past, when Puritan divines would deliver scorching jeremiads – prophetic sermons, often coinciding with election days – to bemoan the state of the collective soul and enumerate the ghastly sins of the social order, all with the aim of recalling the believing community to a renewed sense of purpose.

It’s hard to account, then, for the complete absence of anything resembling purposeful social criticism in the wake of the economic near-death experience known as the financial collapse of 2008. Oh, there’s been no shortage of journalistic accounts of the Great Wall Street Guignol of the aughts that ceremoniously dumped so much of our productive life into history’s dustbin. But even amid that publishing bounty, you’d be hard-pressed to come up with any honest self-accounting on the level of Michael Lewis’s 1989 bond-trading confessional, Liar’s Poker – let alone a broader social indictment on the order of Henry Demarest Lloyd’s Wealth Against Commonwealth or James Agee’s Let Us Now Praise Famous Men.

Indeed, the armature of America’s pathologically upward-striving literature of self-improvement continues to hum along without the merest suggestion of national soul-baring or breast-beating. Malcolm Gladwell – whose placid, empirically challenged fables of individual uplift render him pretty much the polar opposite of a jeremiadist – plods diligently on in search of the next big counterintuitive case study in market savvy. Internet charlatans like Clay Shirky and Kevin Kelly continue, amazingly, to pronounce all agents of nondigital culture – from print journalism to the nation-state – a dead letter, even as wars, financial panics, and natural disasters continue claiming lives and livelihoods in a rising pitch just beyond Silicon Valley’s complacently humming servers. It’s very much as if the U.S. culture industry has greeted the wake-up call of a crisis in speculative capitalism by downing a fistful of Ambien.

In this, as in so many other symptoms of our national distemper, New York Times columnist David Brooks is our age’s representative thinker. In the depths of the present crisis, Brooks – the author of two earlier impressionistic and deeply insular Baedekers of American consumer culture, Bobos in Paradise and On Paradise Drive – has produced The Social Animal, a shambolic overview of research on the alleged neurobiological foundations of human success and failure, presented in the form of a didactic novel in the tradition of Jean-Jacques Rousseau’s Emile and Samuel Richardson’s Clarissa. But where those early modern and Enlightenment character studies sought to illuminate the deeper grounding of human nature in reason and civic morality, Brooks’ aim in tracing the careers of the smugly overachieving Harold and Erica is both a “defense of progress” and a portrait of humanity as “spiritual Grand Central Stations.” In Brooks’ view humans are “communication centers” that process clusters of information and learned behaviors through their unfathomably complex neural networks: “We become fully ourselves only through the ever-richening interplay of our networks.”

On one level, this is an unobjectionable – indeed, a banal – narrative aim: Human consciousness is indeed a magnificently complex achievement, as well as an ever-contingent work in progress – just as it’s also rather drearily self-evident that high-octane Yuppie materialists have made an unhealthy fetish of gourmet foodstuffs and Potlatch-style kitchen renovations, the central insight of Brooks’ ballyhooed breakthrough 2000 study, Bobos in Paradise.

Yet in a broader sense, Brooks’ loving portrayal of the great human cognitive adventure serves an all-too-plain political agenda, which the author makes clear as his tale unfolds. Comparing the childhoods of his ideal-type couple, he notes that the privation Erica experienced in her hard-luck lower-middle-class childhood translated into a great cultural deficit – and therefore, a key obstacle to her individual success. Growing up in a “disrupted world” meant that Erica was likelier to experience heightened “stress-hormone levels” – a condition that “affects a variety of cognitive systems, including memory, pattern awareness, cognitive control …and verbal facility.” Traditional two-parent families are also in short supply in downwardly mobile cultures, and as Brooks fastidiously, and not a little absurdly, notes, “Research with small mammals has found that animals raised without a father present were slower to develop neural connections than those raised with a father present, and as a result have less impulse control.” Therefore, it stands to reason, Brooks writes:

It is not only a shortage of money and opportunity. Poverty and family disruption can alter the unconscious – the way people perceive and understand the future and their world. … As Nobel Prize-winning economist James J. Heckman had found, 50 percent of lifetime-earnings inequality is determined by factors present in the life of a person by age eighteen. Most of these differences have to do with unconscious skills – that is, attitudes, perceptions, and norms.

In other words, we are in the land of the great conservative will-o-the-wisp known as “social capital” – the stubbornly extramaterial sources of deprivation that cruder populist souls might recognize as a simple gap in class-determined life chances, no matter how the neural pathways of smaller mammals may form. Even taking Brooks’ grandiose-sounding claim for the fatal social capital gap at face value, what does it really mean for “50 percent of lifetime earnings inequality” to be predetermined in one’s teens? Presumably, it means that American children are denied access to socially beneficial cognitive networks on the basis of their social class, since our public school systems are funded by property taxes (and our private ones have even steeper class-based barriers to entry), since two-parent families tend to predominate in conditions of comparative economic security, and since nothing reduces the old stress-hormone levels like a full larder, a bevy of well-funded extracurricular pursuits and a battery of PlayStation games. And even with the storied early-development-half-of-earnings-inequality primly accounted for, where, exactly, does the remaining 50 percent come from, if not unlovely, extracognitive sources like, say, predatory real-estate lending, deindustrializing trade policies, extortionate increases in college tuition or public-sector union-busting? The lovingly adumbrated gaps in social or cultural capital one finds in accounts of inequality like Brooks’ almost always lead – on closer scrutiny – to plain old gaps in, you know, capital.

But that vulgar observation will never do in the ethereal world of Brooksian culture causation. Thus Erica is able to conquer her inherited cognitive deficits via the culturally inflected learning toolkit she acquires at – you guessed it – an urban charter school. And thus Brooks is able to confidently propel his protagonists forward as the kind of accommodating social background that he knows best. They are model achievers, always alert to the next cognitive advantage coming down the pike, and forever fixing their eyes on the main chance – even as they reckon with crippling personal setbacks like alcoholism or the premature deaths of family members. By erecting his lead characters as pure avatars of the success ethic, Brooks also systematically drains them of most recognizable human traits and compelling emotional interest – a singular oddity in a book bearing the subtitle “the hidden sources of love, character and achievement.”

Then again, readers are hard pressed to feel much stake in the saga of Harold and Erica, for the simple reason that Brooks has deliberately constructed both characters to hover in curious suspension above the actual social conditions that shape them. They resemble nothing so much as the infantilized “precogs” maintained in soothing amniotic pools as they forecast future crimes in Steven Spielberg’s dystopian sci-fi movie Minority Report. That film – cribbed from a paranoiac short story from the disturbed pen of sci-fi master Philip K. Dick – shares a great deal in common with the social world in The Social Animal. In both studies, all social virtues and allocations of collective resources are hermetically predetermined; cultural peace is secured via individually customized, just-in-time ad pitches (of the sort that now routinely turn up in Google searches); and cognition is the going currency of social power. The difference is that Dick was a social critic as well as a sci-fi fabulist, and so knew how to ground his tale as a dark conflict of institutional imperatives, abetted by the sort of human inertia that the precogs signify.

Unlike the movie Minority Report, which has an articulate if disoriented precog played by the fetching British actress Samantha Morton, Dick’s original story portrays the asocial precogs as gibbering mutants, “imprisoned in their special high-back chairs, held in one rigid position by metal bands and bundles of wiring clamps. Their physical needs were taken care of automatically. They had no spiritual needs. Vegetable-like, they muttered and dozed and existed. Their minds were dull, confused, lost in shadows.” One can’t help feeling that for all the credentialed privilege and confident planning that consume Harold and Erica in The Social Animal, they are likewise shorn of any meaningful human agency. It bears remembering, after all, that the word “idiot” comes from an ancient Greek term signifying a person without a public life – and, if nothing else, David Brooks has given us a dystopian vision of how a world starved of genuine social criticism can make idiots of us all.