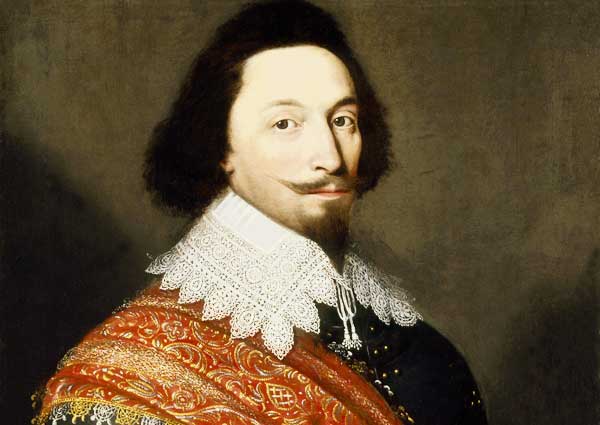 Sir George Villiers was so dissolute that at least one of my classmates was likely descended from him.

All Changes Great and Small

It’s impossible to chart change when it happens so fast.

It's not just WikiLeaks and Stieg Larsson's novels that offer us hacking as the new art form. We now live in a world where the young can topple the old because they know something we can only pretend to understand.

I have a problem with history. Always have. I went to what was known as a “progressive” school, on a scholarship because my father taught the piano there. In the junior school I learned about the geography and history of Hampshire, the small southern English county we lived in. I can still draw its outline with my eyes shut.

Later on, I learned about Sir George Villiers, father of the first Duke of Buckingham, who lived from 1550 to 1606 and was so dissolute and fathered so many children that it was statistically likely, we were told, that at least one of our class was descended from him.

My history teacher, who later wrote a book called Uncommon People: A Study of England’s Elite, was contemptuous of convention. He brought his bicycle into the classroom and wore his pajamas under his coat. He bears at least some responsibility for my difficulty with history and with change, since he eventually threw me out of his class for behaving like the Queen of Sheba.

And that was that. I have had to peg out time with personal dates of my own ever since. 1860, for instance, was the year when Great Aunt Clara was born, and she was 15 when Karl Marx helped her with her German homework in 1875, and so on.

Yet we old ones ought to be historians of our times, registers of subtle as well as momentous change. My grandchildren, after all, study the Second World War at school, along with the Russian Revolution, and my own children learned of little else during their school and university days but the causes of the First World War that my father remembered in such detail from his teenage years. We grandparents were there, witnesses to it all; yet I am shaky and uncertain when it comes to change itself and not much good at remembering moments when the world spun on its axis.

It’s true that I remember dancing with my non-dancing father on VE day in May 1945. But more often time is marked for me by the births of babies, the deaths of my elders or the day in 1985 when I stopped smoking.

My own childhood has acquired the color-drained, sepia tones of the photographs that document it. Yet what changes there have been! So many wars since the main one, and I do remember my headmistress telling us grimly about the beginning of the Korean War, and of course I remember Vietnam and demonstrations about it in Grosvenor Square. But I could not reliably date those wars, nor the elections and the misjudgments that followed them.

I suppose the most astonishing changes of my lifetime really are the technological ones. Those young people in Cairo and in the cities of Libya and Bahrain use the Internet in ways I don’t understand and which surely no one foresaw even 10 years ago. My first “go” on a computer was in my university in the late ’80s. I thought of it as a new-fangled typewriter to be shared with my colleagues.

Yet, primitive as it was, and ignorant as I was, the university was well ahead then of the BBC, where my son worked. I typed out a chapter of a book I was writing, and was told firmly to take great care with “saving” it. I took such care, in fact, that I saved it many, many times, used up all the computer’s available memory and couldn’t, therefore, print a single copy of it. The chapter, which whirred past me, was called “An Odd Woman,” as it happens. It took me three or four years to recover my confidence and buy myself an Amstrad word processor.

My first sight of a mobile phone must have been at about the same time. Foolishly, I mocked early adopters. Who could possibly want to know where they’d reached on their journey home? And why on earth would one want to ring one’s friend or spouse or mother from the street? What possible use were these to anyone, I wondered? My own mobile phone is now so old you can’t text on it (or at least I can’t) or take photographs, and I believe its value, if any, is only in its antiquity.

It’s not just WikiLeaks and Stieg Larsson’s novels that offer us hacking as the new art form. We now live in a world where the young can topple the old because they know something we can only pretend to understand.