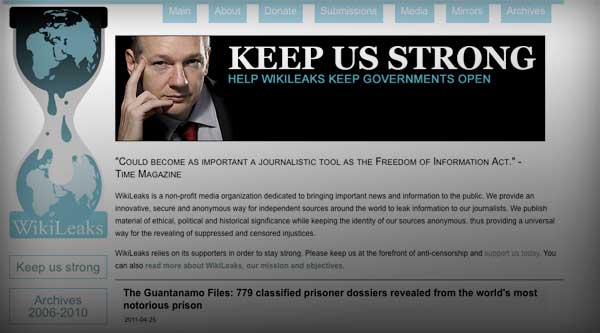 Why is the Obama administration barring U.S. diplomats from learning what the world already knows?

This fear of government reprisal for merely reading thousands of leaked State Department cables is not unfounded, even if it does verge on the ridiculous.

I recently e-mailed a diplomatic cable published by WikiLeaks to a veteran State Department employee for comment, but did not receive a reply. Days later, when I asked him again, he sheepishly said, “I’m sorry, but I can’t look at WikiLeaks documents – it is unauthorized material.”

This fear of government reprisal for merely reading thousands of leaked State Department cables is not unfounded, even if it does verge on the ridiculous. Things could be worse: At least one former high-level State Department employee has gone so far as to say that even we – the public – may be breaking the law by looking at or talking about the documents, which first reached the general public in late November via the New York Times and other major newspapers. Daniel Kurtzer, former U.S. ambassador to both Israel and Mubarak’s Egypt, recently said: “The fact that the material is in the public domain does not make it available for public viewing.”

While Kurtzer may represent the totalitarian fringe of government thought, the Obama administration’s official position is only one order of magnitude more moderate: It has banned all federal government employees and contractors from reading the WikiLeaks cables. This ban was first hinted at in a memo written by Jacob J. Lew, the director of the White House Office of Management and Budget (OMB), last November to tighten security around classified materials. A few days later, the Library of Congress and the Department of Defense blocked computer access to WikiLeaks’ website. Other federal government entities followed shortly.

In December, according to CNN, the OMB circulated another memo, this one sent to the general counsels of various agencies, “forbidding unauthorized federal government employees and contractors from accessing classified documents available on WikiLeaks … using computers or devices like Blackberries and smart phones.” The ban does not apply to news reports about the cables, but that’s almost a moot point: The main U.S. newspaper with full access to the cables is The New York Times, which has a history of vetting material with Washington prior to publication.

When asked about the ban, mid-level government officials reacted with emotions ranging from fear to embarrassment. Public relations personnel at the State Department directed me to online government statements. All of these officials would only speak anonymously.

WikiLeaks’ release of the cables has embarrassed the U.S. government. One ambassador has resigned and another has been expelled over words they wrote for members of the diplomatic corps only. But the larger embarrassment is the fact that 2.5 million U.S. government workers, including junior diplomats and soldiers, had access to these documents.

In the coming months, thousands more cables will be released (WikiLeaks possesses more than 250,000 cables, about half of them “secret” or “confidential”). Some will no doubt continue to embarrass U.S. diplomats and complicate foreign policies. The U.S. government needs to prevent this from happening again, but the embarrassment of an uninformed government is greater than any harm caused by the leaked revelations. Government functionaries should be able to see what the rest of the world is looking at without any fear of reprisal. A policy that says otherwise is like asking someone to play a high-stakes game of poker blindfolded, while everyone else at the table can see his cards.