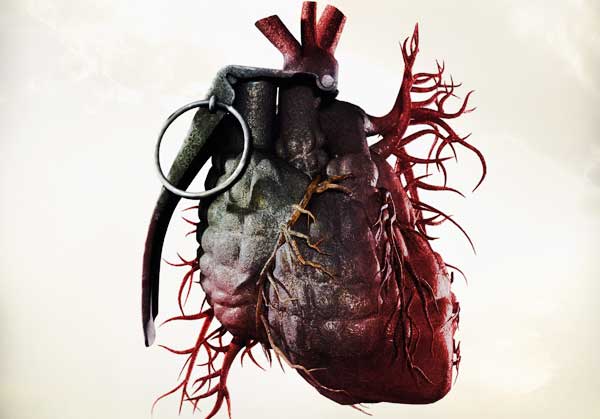 Like Restrepo, the battle documentary Armadillo hyperfocuses on homegrown Everyboys. Not a good idea.

Such filmmaking is so mercenary, so narcissistic, it’s difficult to fathom the cognitive dissonance required of the smart, savvy artists and journalists who create it—it’s like a Stockholm syndrome supervirus, beginning with a film’s concept and persisting into the editing room and beyond.

Janus Metz Pedersen’s Armadillo, which is winding its way through theaters this spring, is a Danish battle documentary offering a grunt’s-eye view of Afghanistan. It scans like a b-side to Restrepo, the 2010 Oscar-nominated American documentary that wowed so many armchair commentators.

Both films employ digital cameras and nervy cameramen to follow a fresh-faced, heavily armed platoon of homegrown Everyboys into the graveyard of civilizations, otherwise known as the semi-hospitable home of poor and bedeviled Afghan men, women and children. Both films focus on their lovable, muscular, Hollywood-savvy enlistees and present the conflict from their perspective, as if narrowing a war documentary’s point of view down to an experiential window is a good idea, and as if other perspectives aren’t pertinent.

Yes, I’m cynical about both films, and suspicious of the subgenre altogether. Both are earnest, beautifully made and bristling with the tension you can only get from a cameraman strolling into combat zones to risk his or her life for the shot. Restrepo, co-directed by celebrity war-zone journalist Sebastian Junger and Tim Hetherington, who was killed in Libya in April, has a palpable you-are-there tangibility. It provides us with an intimate vision of the war that we have never gotten from the tightly-suppressed corporate news channels.

But its passionate connection with the soldiers–robust, beautiful guys with shining smiles and sharp tongues–becomes a problem the further we get into the Korengal Valley. The scenes of camaraderie and trial pile up, unmitigated by the sufferings of the Afghans being bombed and shot in the process.

It’s filmmaking that hearkens back to the silent movies of one of the first Soviet propagandists, Sergei Eisenstein–see the trees, not the forest, train in on the noble suffering of our boys in uniform so as to elide the larger question of what exactly they’re doing. The most dire example of this dynamic is Deborah Scranton’s The War Tapes (2006), in which the Iraqis glimpsed are merely scenery (and if not dead, so angry!), and much time is spent in interviews with the grunts’ families back home.

Such filmmaking is so mercenary, so narcissistic, it’s difficult to fathom the cognitive dissonance required of the smart, savvy artists and journalists who create it–it’s like a Stockholm syndrome supervirus, beginning with a film’s concept and persisting into the editing room and beyond. Is it possible for filmmakers to not be subtly twisted by their sidecar experience in country? For us, it shouldn’t matter; the films exist as they are, and Restrepo is propaganda.

Armadillo is more ambivalent and not as sentimental about its Danish soldiers, who come off less self-absorbed and less trauma-prone than their Restrepo counterparts, but also less concerned about the collateral damage they inflict on villagers in Helmand province. The film has a green-tarnish cast to it (added in post-production), like popular video console games depicting World War II battles or post-apocalyptic landscapes. Indeed, Pedersen’s handheld footage shot while trailing after his subjects evokes the experience of first-person-shooter firefights. (He even cuts from a game explosion to a real one.) It’s difficult to discern, however, whether the director is suggesting a critique of modern warfare (fought by kids trained on the video game Call of Duty) or if he has consumed the Kool-Aid and, like the soldiers who play deathmatch videos in their downtime, considers combat a supercool extension of virtual play.

Armadillo doesn’t play to our sympathies in the same way as Restrepo, despite the camera showering with the men and hitting the dirt with them when the shooting starts. So our responses can roam free, and the glimpses we get of soldiers reacting to the monitor-viewed incineration of three Afghan men from the sky (shrugs), or the climactic hand grenade blast that kills four Taliban fighters (giddy bliss), are quietly appalling. Their hubris–“We outnumber them,” one soldier says, “and we have cool weapons!”–may be all we need to know about how and why these recent wars are enabled by the young men sent to fight them.