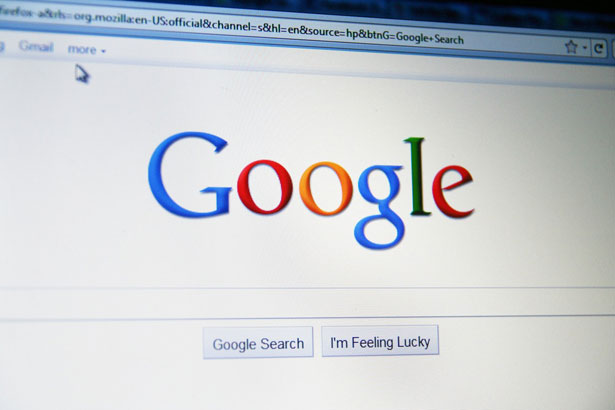 Remember the new privacy policy from Google you've been neglecting to read? Well, according to one privacy watchdog group, it could be putting “literally hundreds of millions of Internet users at grave risk.” The ominous statement comes from The Electronic Privacy Information Center, which filed a complaint with the Federal Trade Commission (FTC) Wednesday in an attempt to stop the new privacy policy before it goes into effect March 1.

EPIC alleges that Google is in violation of an October consent order with the FTC. The order was the result of EPIC's complaint over failed social networking site, Google Buzz.  EPIC accused Google of disclosing personal information acquired from Gmail accounts without user consent as a way to kickstart the social media website.  The FTC determined the practices were “unfair and deceptive” and issued an order prohibiting Google from “misrepresenting the extent to which it maintains and protects the privacy and confidentiality of personal information” and failing to comply with other privacy safety measures.

Now, EPIC is suing over the FTC’s failure to enforce the order.

If recent cases like the November settlement with Facebook are any indication, it appears that the feds are cracking down on online privacy. Ryan Calo, director for privacy at the Stanford Center for Internet and Society told the Los Angeles Times that the ultimate decision is with the FTC. "It will rest in the hands of the FTC to decide whether Google's new privacy policy constitutes a violation of the consent order," Calo said.  Amy Mushahwar, a data and privacy attorney with Reed Smith told Adweek the “legal action isn’t very likely to succeed.” If anything, the complaint is a good publicity stunt to generate anger toward Google.

The policy itself is not much different than previous ones. Google has long been collecting data from cookies and Gmail in order to create more targeted advertising.  The difference here is that the policy now integrates that data across all Google platforms.  Amit Agarwal in The Wall Street Journal breaks it down nicely:

Say you are planning to visit Singapore and have been exchanging emails on Gmail with your travel agent, Gmail can pass data to Google.com so the next time you type “travel” in the Google search box, the ads on your screen could be for hotels in Singapore.

Google always had this kind of data but its existing privacy policy, which expires next month, won’t let it share data between products. YouTube wouldn’t know what you were looking for on Google.com (and vice-versa) even if you were using the two with the same Google account. Under the new system, the different Google products will be integrated under a single privacy policy and your usage information can be shared across them all.

The encroachment of dot.com sites on our personal data is nothing new, and every new privacy line crossed is predictably met with resistance; that is until the public forgets about it and moves on.  It’s unlikely that many Google users will jump ship once the policy goes into effect, just as they didn’t during the Buzz brouhaha or during numerous changes to Facebook.  But as Sarah Marie Watson in the Atlantic points out, these privacy changes should be an impetus for users to examine their digital selves.

I'll admit, I won't be giving up Gmail or moving my searches over to Bing anytime soon. I'm not calling for a boycott by any means. . .We must each begin to test our thresholds for levels of exposure and begin to question the nature of our relationships with these companies. We must ask ourselves, at what point does Google know more about me than I'm comfortable with?