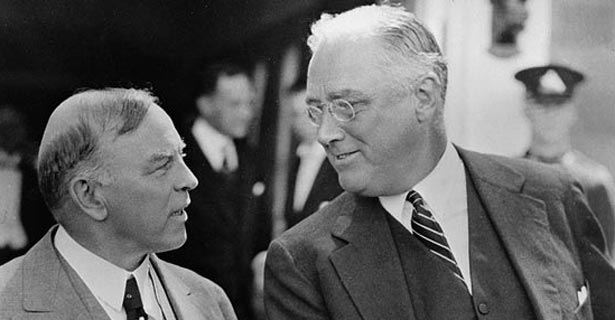 The percentage of U.S. workers belonging to unions is the lowest it's been in 76 years, according to government figures released Wednesday.

The Department of Labor's Bureau of Labor Statistics reported that the union membership rate in 2012 was 11.3 percent, down from 11.8 percent the previous year. That comes out to about 14.4 million wage and salary workers who belong to unions. According to CNBC, the last time the rate was so low was in 1936, during Franklin Roosevelt's presidency. The report also found that full-time unionized workers made about 27 percent more in weekly earnings than those whose pay was not collectively bargained.

CNBC reports that about half the past year's union losses were in industrial Midwestern states like Indiana, Ohio, Wisconsin and Michigan, where "right-to-work" laws and other measures have made union membership more costly and more difficult for workers. Traditionally weak labor states like Georgia, Kentucky, Louisiana, Oklahoma and Texas, on the other hand, saw growth in unions because of bustling local economies.

Robert Bruno, professor of labor relations at the University of Illinois, said a growing number of laws that make organizing workers more difficult were part of the reason for "an incremental erosion" of the labor movement.

"It goes back a couple of decades, that there has been a growing number of anti-labor policies," Bruno said. "We have the weakest labor law and enforcement of labor law in the entire Western industrialized world," he said.