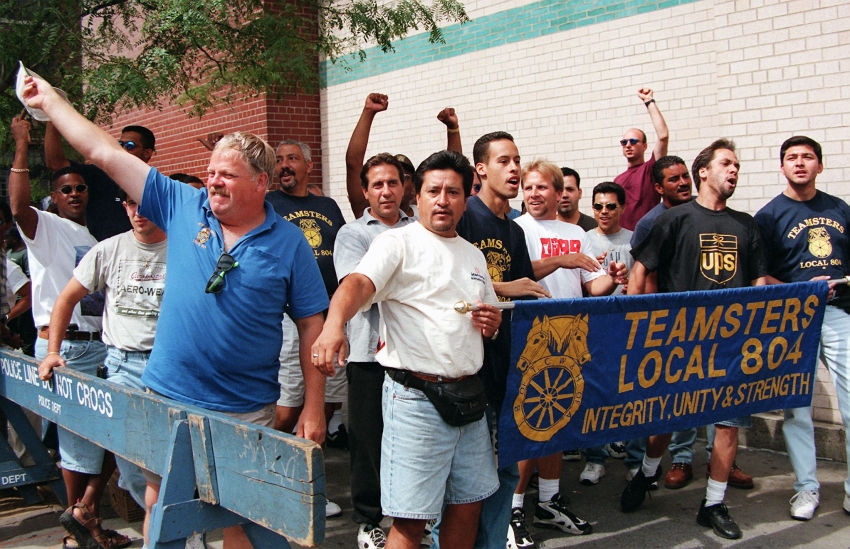 A union member holds a sign at a Teamsters meeting in support of better wages and benefits for school bus drivers.   (Image courtesy The International Brotherhood of Teamsters.)