Mexico’s Cananea Strikers: Fighting for the Right to a Union 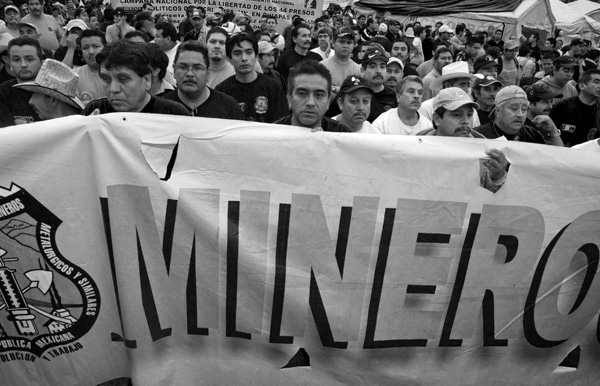 Trade union activists, including members of the miners' union, Los Mineros, protest in Mexico City's main square, the Zocalo, on September 1, 2011. The protest, called the Day of the Indignant, was organized by unions to demand jobs, labor rights and an end to the repression of political dissidents.   (Photo copyright David Bacon)