Nurses Beat Back Concessions at Site of Beyoncé Baby Birth 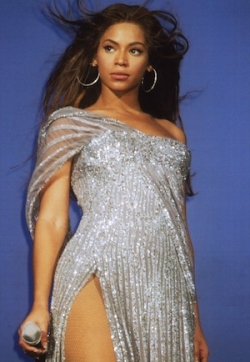 Days before a threatened strike, nurses at New York’s Lenox Hill hospital secured a deal with management on a new three-year contract. Under the agreement, reached November 1 and ratified November 5, nurse-to-patient ratios will be slightly stronger, and wages will increase by between 3.2 and 4.1 percent a year.

The new contract institutes monthly co-pays for workers’ health insurance starting in in 2015, but other than that, includes few of the 46 concessions originally sought by North Shore-Long Island Jewish Health System, the $6 billion non-profit that acquired the hospital in 2010.

Lenox Hill hospital drew national headlines in January as the place where superstar Beyoncé Knowles gave birth. The hospital’s nurses have been unionized since 1980, when they joined the American Nurses Association. In 1984, nurses voted to leave and form an independent local union. In 1988, they went on strike. According to NYPNU Executive Director Eileen Toback, the union was the first in the country to win nurse-patient ratios in a collective bargaining agreement.

“Their attitude from the beginning was, it’s our way or the highway,” says forty-year Lenox Hill nurse Maureen McCarthy, the president of the New York Professional Nurses Union (NYPNU). “This is the way the system does it, and now we are part of the system, so we will comply…And our attitude was, no.”

Reached over email, hospital spokesperson Margarita Oksenkrug said the "fair, competitive" deal will "prepare the hospital to continue to deliver quality, compassionate care to the communities we have served for 155 years." She added that management was "pleased" to have reached an agreement "for our nurses without the union taking them on strike as it has planned."

Toback says Lenox Hill’s 2010 partnership with North Shore posed a daunting challenge for the union: “All of the sudden, we were not a little union that was facing a little hospital. We were facing a $6.3 billion entity with lots of resources.” She added that the stakes were heightened because North Shore could expect any new costs or cuts to be multiplied “eight times over,” since they would set a precedent for negotiations at its other union facilities (most nurses at those properties are members of the New York State Nurses Association, a different union that also broke away from SEIU 1199).

In April, following a campaign by NYPNU leadership, members voted to once again affiliate with a national union: the 185,000-member NNU, founded in 2009 by regional unions including the California Nurses Association (CNA). “We needed to be bigger,” said Toback. “We needed allies and resources.” According to NYPNU, organizers from another healthcare union, District 1199 of the Service Employees International Union, approached members in the lead-up to the affiliation vote, urging them to affiliate with 1199 instead. Toback said that because affiliating with NNU meant paying higher dues, and because 1199 “used it as an opportunity to try to raid us,” the affiliation process was “almost a new organizing drive.” In the end, said Toback, 96 percent of members voted for affiliation with NNU, and the process helped lay the groundwork for the contract fight.

SEIU 1199 did not respond to a request for comment. (As I’ve reported, CNA and SEIU competed bitterly to organize nurses, before reaching a now-strained peace deal in 2009.)

McCarthy said that members rejected 1199 due both to concerns about insufficient aggressiveness and to a desire to remain a nurses-only union. 1199 currently represents other Lenox Hill employees, including housekeeping, dietary, pharmacy and engineering workers.

“I believe, and I think nurses believe, that nurses belong with nurses,” said McCarthy, “that no one articulates better for nurses than nurses.” Asked whether her union would welcome, for example, a group of Lenox Hill janitors seeking to join NYPNU, McCarthy answered, “No. We’re a union of nurses. Our slogan has always been by nurses, of nurses, for nurses. That’s who we are.”

NYPNU leaders said the affiliation with NNU made it possible to go toe-to-toe with management: Nurses from out-of-state NNU affiliates helped gird NYPNU members for a potential strike and were ready to walk picket lines with them. NNU staff provided strategic guidance. And NNU helped to cover some costs of NYPNU’s stepped-up campaign.

NYPNU hired additional organizers, on a temporary basis, to support an intensified organizing program among nurses. In addition to its 16-person bargaining committee, the union formed a rank-and-file contract committee of 22 nurses, each responsible for mobilizing a section of the workforce. The union convened frequent small and large meetings, held in the hospital cafeteria, the union office or a nearby church. Elected union delegates traveled the hospital speaking to workers during their shifts. Nurses leafleted outside the hospital. Workers wore union hoodies and a series of coordinated buttons with messages like “We Are the Union.”

NYPNU also set up worker committees devoted to community and political outreach, centered around their contract’s impact on the quality of patient care. They gathered postcards to management, and drew local news coverage. They canvassed the businesses around the hospital, talking to business owners about the issues in their contract and urging them to post signs in the window that said, “We Support Lenox Hill Nurses. Fair Contract Now.” Nurses stood at the nearest subway stop, talking to locals about the issues and handing out coffee. The coffee cup sleeves had a message urging phone calls to North Shore CEO Michael Dowling in support of the workers; the union provided a special toll-free number that routed to his office. “We wanted to hopefully create the message to the hospital that we were sophisticated enough that a strike would have extremely painful consequences,” said Toback.

What nurses do in a storm

McCarthy says workers were “galvanized” by the knowledge that the hospital “basically wanted to blow up the contract and start from scratch...nurses became very militant over it.” While the union “didn’t go house to house,” McCarthy says, “we reached everybody.”

NYPNU alleged that management pushed back with an aggressive anti-union campaign. “They were being told if you go on strike, you’re all being fired, or things like that,” said Toback. (North Shore-LIJ did not respond to a request for comment.) When the hospital announced an ostensibly voluntary meeting to share management’s position on the negotiations, Toback said workers planned to show up in their hoodies and, when they heard something false, stand up, turn their backs, and walk out (the meeting was cancelled because of the hurricane).

Spokesperson Oksenkrug responded that allegations "of managers intimidating workers and making proposals that would have endangered patient health are simply untrue."

McCarthy says all of this paid off. She described the contract’s main union concession – monthly insurance co-pays ranging from $25 for an individual to $100 for families – as unpopular but inevitable: “Every other organization pays premiums into their health insurance, so we knew we were going to face that. But what we were successful in doing was pushing it off until 2015.” According to NYPNU, the contract was ratified with over 99 percent support. She said that along with increasing healthcare and pension contributions and wages, the contract sustains protections for patients, including limits on which nurses can be assigned to which departments and a ban on mandatory overtime. Removing such protections, says McCarthy, is “dangerous for the nurse, and it’s dangerous for the patient, and that’s what they wanted.” She adds, “For me personally, I thought those proposals were both insulting and unnecessary…they were just bullies.”

On October 17, workers voted to authorize a strike with 96 percent support. By law, they were required to give 10-day notice for a work stoppage. The nurses were originally scheduled to go out on strike on November 5, but pushed the date back one week because of Hurricane Sandy. McCarthy believes the nurses’ work during the strike helped finally break management’s resistance to keeping the mandatory overtime ban. The hurricane, she says,  showed management that in an emergency, “nurses don’t walk out of the hospital. Nurses stay in the hospital. They stay beyond their shift. And they call in and say, ‘I can come in. Do you need me?’ ... They saw what nurses do.”