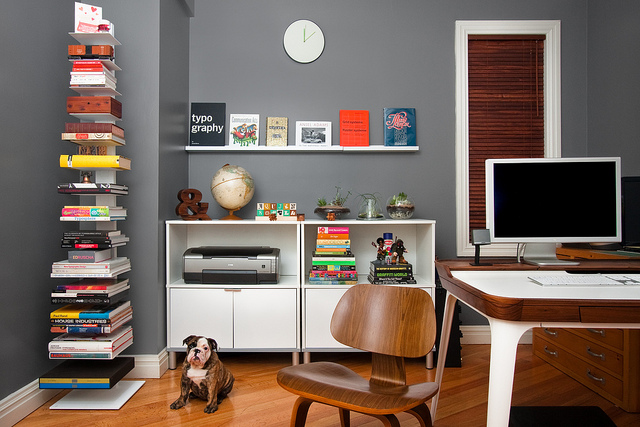 The International Association of Machinists and Aerospace Workers (IAM) gained international attention in 2011 with its startling win in an election to represent about 300 production workers at an Ikea-owned plant in Danville, Va. It was the first-ever organizing success at Ikea for a labor union in the United States.

Inspired by that victory, IAM has moved swiftly to organize Ikea’s U.S. warehouses and distribution centers, says IAM organizer Joe Flanders. Since the Danville victory, the IAM has won three other union elections—in Perryville, Md., Savannah, Ga., and, most recently, in Westhampton, N.J.—and has campaigns underway at Ikea's other two U.S. distribution centers.

Ikea fought the unionization efforts, but not as hard as it might have, say organizers. Globally, the Swedish furniture giant has a mixed record on labor, espousing union-friendly policies while sometimes engaging in union suppression.

IAM was certified Oct. 19 by the National Labor Relations Board (NLRB) as the winner of a representation election for 102 workers in New Jersey, according to NLRB spokesperson Nancy Cleeland. In July, IAM won a vote at the Ikea Savannah distribution center with a stunning 53-3 vote in favor of the union. And in its biggest victory thus far, the Machinists succeeded in an election last January to represent some 357 workers at an Ikea distribution center in the small northern Maryland town of Perryville, Cleeland confirms.

The three victories represent the majority of Ikea’s five distribution centers in the Unites States, and the union has its eyes on the other two, Flanders says. Organizing campaigns are in the early stages at centers in Tejon, Calif., and Takoma, Wash., and elections there are likely to be held in 2013, he says.

Just as important, IAM has succeeded in negotiating a first contract with IKEA that may well serve as a model for the other four distribution centers, says Justin Berrell, a Perryville worker and union activist.

“I think we did okay with our first contract—we had 87 percent approving it when we had the ratification vote, so that speaks to how the members felt,” Berrell says.

A “considerable pay increase” was part of the contract, he adds, starting with $1.50 per hour raise in the first year, and an additional 75 cents per hour in both the second and third years. With a pre-contract average wage of about $14.50 an hour, the raises are meaningful in the take-home pay of union members, Berrell says.

The wage increases are important, but workers at the Perryville center are equally concerned about issues like high turnover, excessive reliance on temporary staff and favoritism by managers, Berrell continues. It’s difficult to resolve these issues quickly, he says, but the union is committed to working on them with ikea over the long term.

IAM’s organizing efforts in the region will continue and Berrell says he was very pleased when union chartered a new Machinists local that is intent on increasing union membership among distribution workers in the mid-Atlantic region. IAM Local 460 was formally established in November.

Both Berrell and Flanders say that Ikea’s response to union organizing at distribution centers has been muted.

On the one hand, Ikea hired the notably anti-union law firm Jackson Lewis to represent the company, but on the other hand it did not employ the heavy-handed techniques often seen in efforts to suppress organizing drives (including the Ikea organizing drive at the Danville manufacturing site). For example, according to Berrell, the company sponsored employee meetings to argue against unionization, but did not use the common technique of making such meetings mandatory.

“They argued against the union—we heard all the usual stuff about not needing a third party to separate the workers from the managers—but they didn’t run a negative campaign,” Berrell recalls.

Indeed, Ikea spokesperson Mona Liss told Working In These Times that it is not the policy of the company to oppose unionization at its facilities.

In a formal statement provided by Liss, Ikea stated:

We respect the right of co-workers to join or not to join a co-workers association of their choice without fear of reprisal, interference, intimidation or harassment. When co-workers choose to be represented, we are committed to establishing a constructive and cooperative dialogue with their representatives based on mutual respect, and to bargain in good faith with such representatives.

The labor policy in the United States is based on Ikea global corporate policy established at the company headquarters in Sweden, Liss adds, and there is no variation between local practice and global policy.

Ikea’s statements notwithstanding, there does seem to be some tension between corporate policy and local practice, remarks Anita Dawson, business manager of Teamsters Local 213 in Richmond, British Columbia.

Local 213 represents 380 workers at the Ikea retail outlet near Vancouver, and relations with the company have sometimes been rocky, Dawson says. In 2007, the Teamsters members were on strike against Ikea for three weeks over the union demand that the company end a two-tier wage scale, she recalls.

Union relations with Ikea are better now [PDF], although Dawson reports that the same over-reliance on temporary employees that is the source of complaints in Perryville is also an issue in Canada. That issue will be front and center when Local 213 begins talks with Ikea for a new contract early next year, she says.

“When Ikea opened up here (in Canada) 30 years ago I think there was a sense that it was different from other retailers—that it was a more worker-friendly place to work. Now it’s run pretty much like any other big-box retailer,” Dawson says.

Dawson points to complaints about Ikea's global practices, which have spurred UNI Global Union to form a new alliance of Ikea workers all over the world. The group is currently trying to rally international support for a union organizing campaign in Turkey, as well as for Greek Ikea workers facing pay cuts because of the nationwide austerity program there.

At IAM, Woodworkers Department Director Bill Street is deeply involved in the UNI Global Union Ikea coalition. There are numerous labor issues with Ikea around the globe, he says, and they are drawing increased attention everywhere.

“Ikea likes to think it holds itself to a higher standard, and in many cases they do. But in other cases they don’t,” he says. “I went to Poland last month and there is a furniture factory there that has been trying to get a union contract for 10 years. It looks like now they are finally going to get it. So Ikea is finally doing the right thing. But it would be nice if they did the right thing from the beginning."