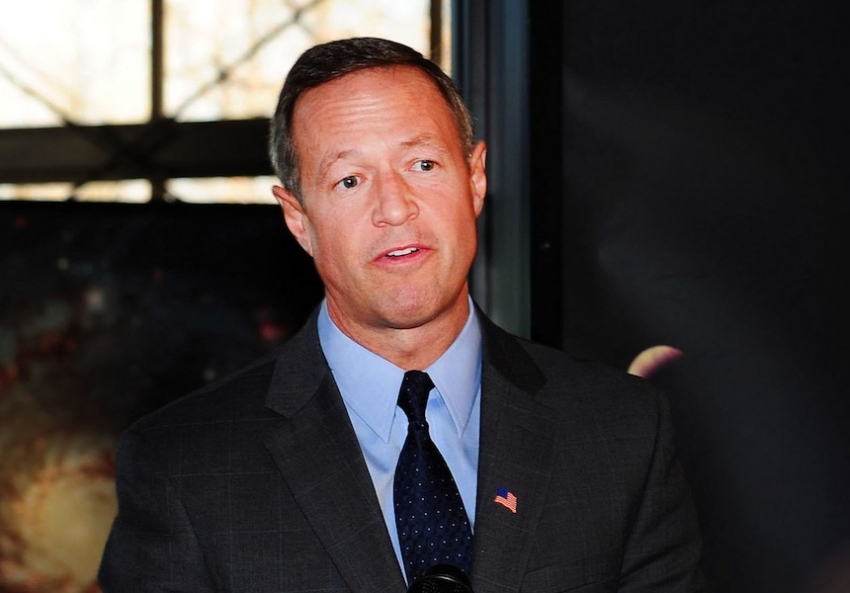 BALTIMORE – Part-time professors at the historic Maryland Institute College of Art are joining a growing movement of academic workers around the country who want a union to help them with fundamental issues of fair pay and decent job conditions.

A committee of part-time faculty—also known as adjuncts—filed a petition on March 7 with the National Labor Relations Board seeking an election to establish Gaithersburg, Md.-based Service Employees International Union Local 500 as its collective bargaining agent. Joshua Smith, one of the committee’s leaders, tells In These Times that the adjuncts hope to move to an election within just a few weeks.

And instructors at other institutions in the region see the move to unionize as highly necessary. “This is an exciting development. Adjuncts really need a union to protect them from the abuses of a system they are unable to change. At the moment, they have no voice ... There can be no sense of community, scholarly or academic, when adjunct faculty are not included in decision-making as to curriculum or policy,” says Peggy Beauvois, a part-time instructor in the College of Education at the nearby Loyola University Maryland, which does not employ unionized faculty.

“We simply can not meet the needs of students when we must have two—and sometimes three—adjunct positions to even begin to support ourselves. I’ve heard stories about adjuncts who can’t afford an apartment and are living out of the back seat of their cars,” she adds.

Smith estimates there are about 200 adjuncts at MICA, who teach about 45 percent of the school’s courses; overall, he says, the campus environment is a positive one. “We do enjoy working at MICA and it’s a great place to teach,” he says.

But that’s not enough to outweigh the worries about survival and consistent employment that being an adjunct entails, he points out. “Of course compensation and benefits are big issues, but job security is probably the biggest concern,” he says. “You can have been an adjunct for ten years, but you still don’t know whether you will have a class to teach next semester.”

The big question awaiting the adjuncts at MICA is whether the school’s administrators will actively oppose unionization, Smith says. A best-case scenario would see the college bosses adopt a neutral position, as they did at Georgetown University, where Local 500 ran a successful part-time faculty organizing campaign in 2013. Alternatively, higher-ups could take a more antagonistic approach similar to those of Boston’s Northeastern University, where administrators hired the notorious union-busting firm Jackson Lewis last year to stifle organizing. For the moment, though, MICA public relations director Jessica Weglein Goldstein says the school has “no comment” on its position of adjunct unionization.

Smith, however, remains optimistic. The part-time professor, who has taught art history in Baltimore for four years, believes the union will prevail easily in an election. The organizing committee has been active on MICA’s campus since 2011, he says, and has worked to gather support both within the adjunct population and outside of it. For example, members of the committee formally asked full-time professors to remain neutral in an election campaign—a presentation Smith deemed to be effective.

In general, the unionization of adjuncts “is long overdue,” says Michelle Tokarczyk, Vice President of the Maryland Conference of the American Association of University Professors (AAUP). There is very little unionization of college staff in the state thus far, she says, but the movement has a broad base of approval from many in the higher education community.

Though MICA is a private institution, labor allies in Maryland hope that its faculty’s efforts will work in conjunction with another campaign focused on community colleges throughout the state. A coalition of unions comprised of the Maryland State Education Association (MSEA), SEIU Local 500 and the American Federation of State, County and Municipal Employees (AFSCME) is currently working to push legislation through the state house in Annapolis that would ease organizing at community colleges. Given the lack of labor laws specifically covering community college employees, the coalition is advocating for a bill that would provide a statewide legal framework for those workers when they unionize in the future.

Prospects for passage of the bill are good, reports Sean Johnson, an MSEA official, although it does not appear that state legislature is inclined to act quickly. Organizers have garnered support from key state representatives, however, and Gov. Martin O’Malley has pledged to sign the bill if it passes. Right now, a number of community college presidents are opposing the bill, but labor lobbyists in Annapolis believe that opposition can be overcome, Johnson says.

If the bill is passed, the three unions hope to organize some 19,000 employees at 16 community college campuses: MSEA would seek to unionize the regular full-time faculty, Local 500 would agitate among the adjuncts and AFSCME is interested in the other college staff. “Our coalition has been successful in the past,” Johnson says, in reference to unionization of more than 1,000 academic workers at suburban Washington, D.C. Montgomery College in 2008, “and we think it will be successful again.”

The urgency of organizing academic workers—especially part-time ones—is starting to be recognized on a national scale, says Local 500 organizer Kevin Pietrick. Indeed, on the same day the Baltimore art college instructors filed for an election, so did adjuncts at Washington, D.C.’s Howard University. Similar organizing efforts are underway in several other states, he says.

And in Baltimore, a successful campaign at MICA may potentially pave the way for other colleges in the area.

Beauvois wishes the MICA adjuncts well and hopes that union movement picks up steam in the academic community. “As it is now, [working as an adjunct] is not a living wage,” she says. “It’s a hobby, or volunteer work, but you can’t make a living.”

UPDATE: Maryland Institute College of Art confirmed on March 24 that it had agreed to a National Labor Relations Board-supervised election for the part-time instructors seeking union representation. The election, to be conducted with mail-in ballots, will commence April 10, and will conclude with the counting of completed ballots April 29.

The bargaining unit will include about 350 employees.