The End of Jobs? 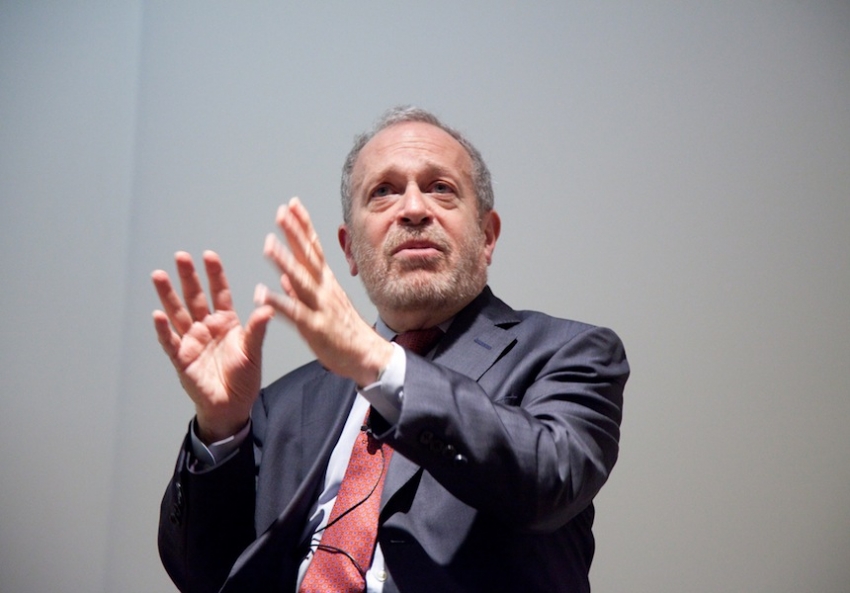 In a major victory for a long-running campaign,  port truck drivers at Pacific 9 Transportation in California have won the right to be considered employees under the National Labor Relations Act, and to form a union.

That ruling, by Region 21 of the National Labor Relations Board, that the truckers had been misclassified as “independent contractors”   comes after months of sustained actions, including strikes, by port truckers.  It comes in an industry where union jobs were the standard until deregulation turned all workers into “free agents.” Free agency, they quickly found, didn't come with much freedom, as they still had their hours and working conditions dictated by the company for whom they worked--but it came with a price tag. The cost of gas, truck maintenance and licenses landed on their shoulders instead of their employers'.

It's in this context that I'm thinking about the “end of jobs as we know them.”

This Wednesday I attended a conference with that provocative title at the Open Society Foundation, and I've long been mulling the idea.

In 2011, I wrote at AlterNet that a future beyond jobs, where we all work less, used to be a major goal of the U.S. labor movement. More freedom, less production for its own sake, would actually create a more sustainable world. (Alyssa Battistoni compellingly made this argument recently at Jacobin.) Lowering the amount of hours worked by each person would help distribute jobs better among the people who still don't have them, as economist Dean Baker has repeatedly argued.

But I noted that moving beyond jobs would necessitate tackling issues of inequality and concentration of power in the hands of the wealthy. At the moment, the “end of jobs” has meant sustained high unemployment and low wages, not more freedom. The disappearance of jobs in America has as much to do with the power of global capital to move where and when it wants and the ability, post-crisis, of businesses to squeeze more and more productivity out of the few workers they keep, as it does with technology making certain professions obsolete. And the rise of the “free agent” worker has at least as much to do with the desire of businesses to have an easy-hire, easy-fire, just-in-time workforce (as I wrote about in some detail recently) that absorbs—as the port truckers do—most of the labor costs, as it does with workers who simply enjoy the freedom of not having a boss. Power is as big or bigger a force as technology in shaping the labor landscape today.

Fast forward to 2014. The economy has improved only slightly. Unemployment remains high, and the jobs that do exist are often low-wage and part-time. Since 2011, we've seen not only Occupy but the rise of a movement of Walmart and fast-food workers demanding better wages and, often, more hours, so they can take home a full-time paycheck. A shorter hours movement has not materialized, nor has a meaningful jobs program, despite the promises of a bipartisan clutch of politicians. The minimum wage has risen in some states and cities, but workers are still struggling, and the long-term unemployed have seen their benefits cut off by a Congress that continues to squabble about whether or not they deserve to be able to pay bills.

Jobs have not yet ended or become obsolete. Yet, without question, they are changing. Research from Kelly Services (which, being a temporary agency, certainly has a vested interest in the subject) finds that 44 percent of workers in the U.S. classify themselves as “free agents.” According to the Freelancers Union, 42 million people are freelancers. The full-time job itself is only a fairly recent development in human history, spanning a couple hundred years or so, and the attendant expectation that a job be “good,” paying a living wage and providing healthcare and retirement benefits, with a union and some security, is a peculiar historical development of the New Deal era in the United States—an era that is almost without question over.

Power created that era—the power of organized workers in unions demanding better conditions. But the bosses, it's worth noting, never stopped trying to dismantle the deal. Since the Taft-Hartley Labor Management Relations Act of 1947, conservatives have been pushing to limit the power workers were granted by the NLRA in 1935, and the conversion of decent jobs into no-security temp gigs should rightly be seen in that context. The port truck drivers at Pacific 9 and elsewhere realize that despite the promises of freedom and liberation, they have more power when their relationship with the boss is explicit and when they can come together as a union.

We should carefully consider what comes next, whether that be high-end freelancers hopping from gig to gig, disdaining a full-time job, or more likely, the further fragmentation into piecework that we see happening in digital spaces like Amazon's Mechanical Turk, and the conversion of formerly full-time union jobs such as port trucking or auto manufacturing into low-security independent contracting or temp labor. Moshe Marvit wrote at The Nation of Amazon's human “crowdworkers” who perform the tiny tasks that are “helping to power the parts of the Internet that most of us take for granted” and who are paid a pittance for their work.

Technology is often blamed for displacing workers and eliminating jobs. Those doing the blaming are sometimes correct, as when supermarkets move to automatic checkout or ports move to automated cargo hauling. And yet the story of the Mechanical Turkers is a good cautionary tale for those who assume that all jobs are disappearing into the mechanical ether. One doesn't have to be a Luddite to point out that many jobs—including ones, like those done by Turkers, that we think are fully automated—are still being done by people, either because we don't have the technology to do them yet, or because those people remain cheaper than machines. Whether jobs are disappearing for good reasons—because they simply aren't socially necessary anymore—or because they are being fragmented, made temporary or shifted to freelancers, these are not processes that are happening outside of human control, but rather because of it.

Carl Benedikt Frey of the Oxford Martin Programme on the Impacts of Future Technology was a keynote speaker at Wednesday's event. His recent study, with Michael Osborne, found that nearly half of U.S. jobs are “at risk of computerization.” These include positions in a wide variety of sectors, from transportation to the service industry.

The positions that are least likely to be automated, this study found, were those that relied on “creative and social intelligence”—for example, preschool teaching. It concludes, “For workers to win the race, however, they will have to acquire creative and social skills.”

What is social intelligence but another word for what sociologist Arlie Russell Hochschild called “emotional labor”? And that emotional labor has been devalued and indeed not considered a skill at all, largely because it has been done by women. One study found that “interactive service jobs,” which include care work and service work, get paid less even if you control for education levels, rate of unionization, cognitive and physical skill, and the amount of women doing the job.

If those social-skilled jobs are the only ones that will be left to us, will we learn to value them more? Or will this just be another excuse to pay workers less? The question, like the question of what is a skill in the first place, is one of power.

The end of jobs doesn't have to be a dystopian nightmare. There is some truth to the rosy picture painted by Kelly Services about the “free agent” workforce. I once left a full-time job to be a freelancer, and I enjoyed the experience: writing for a variety of outlets, learning from new editors, sharpening different styles, working when I wanted. The pleasure came to a grinding halt, though, when a client who owed me what amounted to more than two months of my rent didn't pay for several months, and I had few other financial options. I needed a way to pay the bills if the work didn't come through, and our current so-called social safety net didn't offer one. It remains designed, as Sara Horowitz of the Freelancers' Union points out, for a workforce that has full-time jobs with benefits. And that was never everyone, to begin with.

Women, black workers and immigrants were mostly left out of that design in the first place; what's happened is that the conditions in the sectors where they typically work (temporary work, no labor protections, informal workplaces) have caught up with the rest of us. This means instead of clinging to a safety net that was designed for white male breadwinners in manufacturing jobs, we need a system designed for workers who are doing less work, doing it from home or the neighborhood coffee shop, and where the human resource in demand is care as much as it is cognitive skill or brute strength.

The subject of a universal basic income is coming up a lot these days; former Labor Secretary Robert Reich endorsed it last week in a talk at San Francisco State University, calling it “almost inevitable” in the face of technologically-induced job loss. A basic income would serve as something more than a safety net in troubled times—it would be a firm line below which no one, employed or unemployed, skilled or unskilled, could fall. Perhaps most importantly, it would help workers who do retain jobs (or gigs) increase their bargaining power by giving them the option of leaving rather than clinging to a job out of desperation.

That's a large redistribution of income, of course, and it will take a lot of political power to make such a thing a reality. Political power for working people has come in the past and will come in the future through worker organizing—particularly, as has been the case with the port truckers, organizing outside of the old NLRB framework. It took workers coming together to challenge their bosses' idea of “freedom” to win fair pay at the ports, and it will take workers coming together on a massive scale to really get workers some freedom.

Along with that idea of freedom, it's time to consider a call for shorter working hours—a redistribution of work and leisure to go along with the redistribution of wealth. There will always to be some work that cannot be automated away, and much of that work, as Frey and Osborne found, will likely rely on social skills that have been presumed to be women's domain. If we don't want a world where women do most or all of the work for little pay, we'll have to start valuing those social skills more, and ensuring that the jobs that requires them are done by all.

But most importantly, we should be working to ensure that a future without jobs is a future where we all get to enjoy the benefits of free time.