What Harris Means for Workers’ Rights 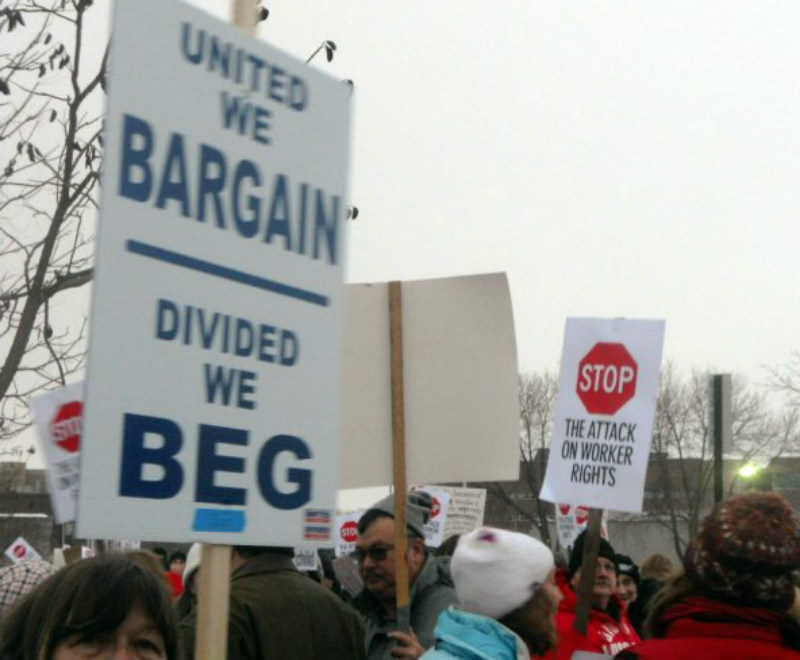 The Supreme Court issued its long-awaited opinion in Harris v. Quinn yesterday, a case that threatened to be the worst decision for unions in decades.  When the class-action suit was first brought in 2010, at issue was whether unionized home healthcare workers who are covered by collective bargaining agreements, could be subject to a fair share provision that requires non-union members to pay for the benefits they receive from the union.  This remained the issue when it arrived at the Seventh Circuit Court of Appeals in 2011.  However, once the case arrived at the Supreme Court in 2013, the National Right to Work Legal Defense Foundation raised the stakes and argued that anything short of a right-to-work model—under which any employee covered by a collective bargaining agreement could forego paying any dues—for all public employees violated the First Amendment.  In the Court's decision, a five-Justice majority held that fair share provisions for home healthcare workers were unconstitutional, and indicated repeatedly that the 1977 case that allows such provisions for all public sector employees is on shaky ground.

Much of the media coverage of Harris v. Quinn has called the case a loss for labor, but indicated that it could have been much worse. The majority stopped short of explicitly overruling Abood v. Detroit Board of Education—the 1977 case that established the framework for fair share fees in the public sector—an outcome that could have spelled financial ruin for public-sector unions. However, anti-union forces are already waiting in the wings with further challenges: Several lower court cases currently under consideration will likely constitute the next round of attacks on the stability of both public and private sector unions.

In Friedrichs v. California Teachers Association, several California teachers represented by the anti-union Center for Individual Rights have an appeal pending in the Ninth Circuit, where they are challenging the state’s agency shop law. Unlike in Harris, the teachers are not making an argument that they are not public employees that are covered by the precedent set by Abood.  Instead they argue that all fair share (or agency shop—the phrases are fairly interchangeable) arrangements are unconstitutional as applied to public sector employees.  Today’s decision in Harris, combined with earlier decisions, have laid the groundwork for the conservative justices to perform a full reconsideration of right to work in the public sector.

In the private sector context, the National Right to Work Legal Defense Foundation have a case in Texas challenging union security clauses under the Railway Labor Act, which covers railway and airline workers.  In Serna v. Transport Workers Union of America, several dissident airline employees argue that the requirement that workers opt-out of union membership should be replaced with an opt-in procedure.  In the alternative, they argue that the requirement that workers who opt-out of membership must renew their objections each year be held unconstitutional.  Though these issues may seem technical, they place at risk the way that workers finance unions.

In Knox v. SEIU, Justice Alito, writing for the majority, invited challenges to the agency shop, writing, “Our cases to date have tolerated this impingement and we do not revisit today whether the court’s former cases have given adequate recognition to the critical First Amendment rights at stake.”  Many saw Harris v. Quinn as a response to that invitation.  But in Harris, Justice Alito, again writing for the majority, made clear that since home healthcare workers were not “full-fledged” public employees, the Court did not need to consider whether Abood should be overruled.  Instead, in Harris, the majority engaged in (the words of the dissenting Justices), “gratuitous dicta critiquing Abood’s foundations.” It’s hard to see this as anything other than another invitation to strike down fair share arrangements, and another step toward establishing a judicially created right-to-work model for all public-sector employees.