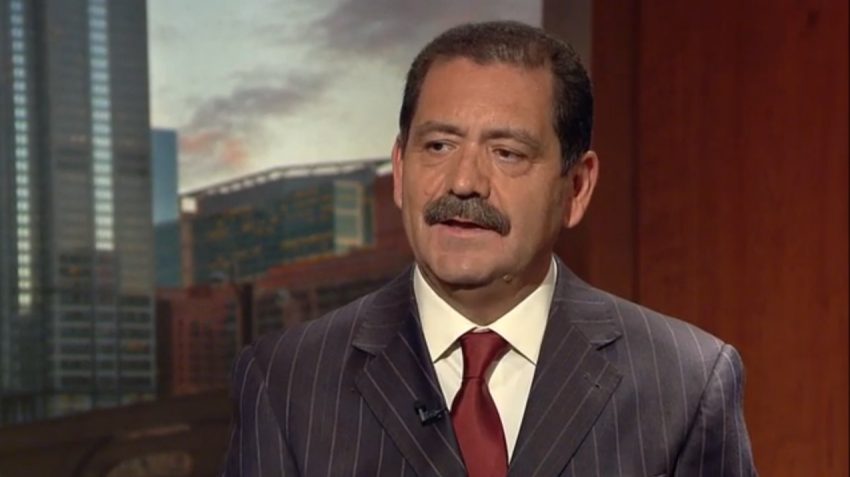 Chicago’s progressives may still be reeling from Karen Lewis’s withdrawal from the city’s mayoral race, but a new progressive candidate may help ease their pain—and perhaps push Mayor Rahm Emanuel into a run-off.

Jesus “Chuy” Garcia told the Chicago Sun-Times on Monday that he plans to run for mayor. Garcia, who is currently Cook County Commissioner of the 7th district, has been in local government for the past 28 years. For most of that time, he’s positioned himself as a progressive—first while alderman as a key supporter of Harold Washington, the city’s first black mayor; then as the first Mexican-American elected to the Illinois State Senate.

Garcia has also paid a price for his progressive politics: After winning his State Senate seat, Garcia was later unseated by a candidate buoyed by the Hispanic Democratic Organization, the Latino arm of then-Mayor Daley’s patronage machine that later folded after multiple scandals.

Local media has pegged Garcia as running a campaign to the left of Rahm Emanuel that will pick up disappointed voters who would have otherwise have thrown their support behind Lewis or Toni Preckwinkle. Preckwinkle, the popular Cook County Board President, has been critical of Emanuel’s policies on education and criminal justice but declined to step into the mayoral race.

In his first public comment as a candidate, Garcia touched on Emanuel’s reputation as a friend of the one percent and called out the unpopular school closings.

“The trickle-down economics [Emanuel] espouses is tilted in favor of the well-to-do and the center city,” Garcia told the Sun-Times.

On the closure of 49 schools, one of Emanuel’s most enduring legacies, Garcia said: “The school closures made Chicago a leader, I think, in the wrong way. It was a terrible blunder that snuffed the life out of many communities.”

Dick Simpson, a professor in the University of Illinois at Chicago department of political science and a former alderman, says the big question is whether Garcia will be able to raise the resources to challenge Rahm.

“To run for mayor, you need to be able to raise about $3 to $5 million and mobilize thousands of volunteers,” Simpson says. “He’ll get more name recognition if he has the resources to promote his candidacy with television ads and mail.”

A key factor in Garcia’s candidacy—and in securing the funds to run—could be the support of organizer labor.

Emanuel has done little to endear himself to labor, who have sparred with him over cutting library hours, the city’s pension reform and, notably, the teachers’ contract. But this hasn’t kept some unions from donating to Emanuel. The Service Employees International Union (SEIU) Local 73 gave him $25,000 in June, and Unite Here Local 1 gave him $25,000 last year. In his moves to support the unionization of taxi drivers and an increased minimum wage, Emanuel has also attempted to ingratiate himself with AFSCME and SEIU.

Garcia, for his part, has appeared at union events over the years—he most recently walked the picket line to support workers on strike at Golan’s Moving and Storage in Skokie, Illinois, and spoke at the 2013 convention of the United Electrical, Radio and Machine Workers of America (UE).

Chuy is a true progressive who has a proven record of working with labor and community organizations to champion the policies we care most about: workers' rights, access to quality education for all children and racial justice. We are excited about the possibility of Chuy Garcia in this race and we look forward to a spirited debate that will decide the fate of Chicago and all of our neighbors the current mayor has left behind.

Garcia has also supported county-level legislation to end compliance with Immigration and Customs Enforcement (ICE) requests to detain immigrants arrested for non-immigration violations and to ensure that public housing residents with housing choice vouchers aren’t discriminated against. He is the co-founder of two nonprofits with deep roots in Chicago’s Latino community: Enlace, a community development group, and the public policy research group Latino Policy Forum.

Garcia has until November 24 to secure the 12,000 signatures he needs to get on the ballot.

Simpson says he sees Garcia’s community credentials and long tenure in local politics make him one of the three key contenders in the mayoral race, along with Emanuel and Ald. Bob Fioretti, a local alderman and member of the City Council’s Progressive Caucus.

“With Rahm’s approval rating at only about 35 percent, he does make it more likely that there will be a run-off,” says Simpson.