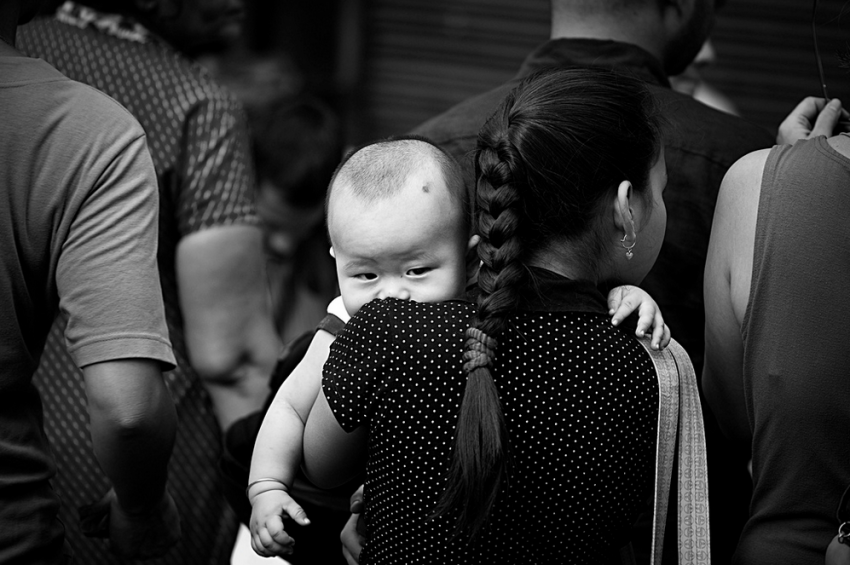 "We want things to look very different [for domestic workers] when we convene again in 2030.” (International Labor Organization / Flickr)

Between March 9 and March 20, member states and global NGOs gathered at the United Nations (UN) Headquarters in New York City to commemorate the 20th anniversary of the Beijing Declaration and the Platform for Action, the key international policy document aiming to achieve gender equality. Coinciding with the conference, the Clinton and Gates Foundations released No Ceilings: The Full Participation Report, which traces women’s demonstrable progress in global health and education since 1995, as well as their insufficient gains in economic participation, leadership and security. Dignitaries, celebrities, and philanthropists gave speeches calling for “50-50 by 2030”—meaning full gender equality in the next in 15 years.

Mobilized at the conference was a group whose organized presence was simply non-existent two decades ago. Representatives from the fast-growing global domestic workers movement came to New York to pressure the international community for the ratification and implementation of labor standards that would impact more than 52 million domestic workers all over the world, 83% of whom are women.

The domestic workers movement is relatively young; their first international gathering took place not even a decade ago, convening in 2006 for a conference hosted by the largest trade union in the Netherlands. Three years later, at the International Labour Conference in Geneva, they formed the International Domestic Workers Network (IDWN), tasked with organizing for an ILO Convention that would protect domestic workers’ rights. Two years later, in June 2011, ILO Convention C189 was adopted—marking a watershed moment for the movement.

ILO C189 outlines clear domestic labor standards, calling for, among other things, a guaranteed minimum wage, freedom of association, the right to collectively bargain, abolition of child labor, protection from abuse and harassment, at least one day per week of rest, formal employment contracts, social security and maternity leave. The convention was adopted with 396 votes in favor, 16 votes against, and 63 abstentions; the convention went into effect beginning in 2013, and today 17 countries have ratified it.

“After 2011, we finally had a rallying point for which we could gather internationally and push this issue,” says Daniel Naujoks, a political scientist at Columbia University who attended the recent UN conference. “C189 made it non-refutable, not just a pipe dream. Now you had this strong international backing and normative framing.”

After the adoption of C189, the IDWN decided to evolve from a loose international network into a formal federation, organizing its membership base and drafting a constitution. By October 2013, the International Domestic Workers Federation (IDWF) officially launched.

“Once things start to get really concrete, like with the passage of conventions, there becomes incentives for networks to form associations,” says Naujoks. “It is a legal entity that actually represents [domestic workers], whereas a network doesn’t really have representative functions.”

One of the IDWF’s central goals for this UN conference was to ensure that the implementation of C189 remained high on leaders’ agenda for the next 20 years. “We are talking about at least 52 million very poor working women without rights,” says Elizabeth Tang, the IDWF’s General Secretary who flew from Hong Kong to attend the conference. “If the government can at least implement this convention, that will be a very concrete achievement for gender equality.” Though there has been real progress made since C189’s passage in 2011, Tang says it is too slow, and too many governments still do not understand why they should take heed.

“We want things to look very different when we convene again in 2030,” says Barbara Young, a national organizer with the National Domestic Workers Alliance, a group that represents domestic workers in the United States.

Activists can point to some notable achievements since the passage of C189. For example, in 2013, Brazil adopted a constitutional amendment granting 6.5 million domestic workers overtime pay, unemployment insurance, pensions, and a maximum 8-hour work day. In Africa over the past few years, Namibia, Zambia, Kenya and Tanzania all passed minimum wage laws for domestic workers. In 2012, Thailand passed a new regulation entitling domestic workers to at least one day off per week, in addition to public holidays, paid sick leave and paid overtime for work on holidays. The first Pakistani Domestic Workers Trade Union formed this past December.

“In Hong Kong, all domestic workers, including migrant workers, are covered by the same labor law as other local workers,” says Tang. “We are now trying to show other governments that it is possible to protect domestic workers like other workers, because in some places it is already happening.”

Though there is a country-by-country approach, given the global ramifications wrought through the employment of migrant labor, domestic workers’ rights are an international issue. The UN conference discussed the problem of “global care chains”—where people feel compelled to move from one (typically poor) country to another (typically richer) country to care for someone else’s children and aging parents—often leaving their own children and parents behind.

Sexual abuse regularly occurs during the migration process, and with the threat of being fired or deported, women are strongly discouraged from reporting abuse or seeking medical attention.

“We must end visa dependency on employers and husbands that undermine women’s safety and rights,” said Young in a speech at the UN. “We must advocate for clear and accessible pathways to citizenship that will allow all migrant women workers to come out of the shadows.”

“Once [domestic work] is recognized as a ‘real job,’ then it will count as job experience,” says Naujoks. “And by formalizing it, it gives people a greater opportunity to opt out if they want to go somewhere else later. As long as it’s seen as informal work, it becomes very difficult to break into the traditional labor market.”

The tide may be turning for domestic workers, but serious challenges remain. Some are practical; there are questions about how to best implement and enforce the laws and conventions in a feasible way. However, with centuries of racial and gender discrimination, most challenges facing domestic workers are ideological.

“Domestic workers are mostly women, and people in general look down on what women do,” says Tang. “The other problem is race and ethnicity, because a lot of domestic workers are from indigenous and marginalized groups, so they are discriminated against.”

Moreover, there exists a widespread perception that many domestic workers are living in countries illegally and thus are seen as a less important political constituency to help. And the longstanding cultural opposition to seeing care work as formal labor remains.

“Some people always say, ‘Oh well this is a private affair,’” says Naujoks.

Progress in the United States

Barbara Young, who migrated from Barbados, worked as a domestic worker in New York City for 17 years. She began organizing for better labor conditions in 2001, while she was still a full-time domestic worker. Young joined with others to push for the nation’s first domestic workers bill of rights, which passed in New York in 2010. The historic law grants domestic workers—including undocumented domestic workers—time off, overtime pay, protection from discrimination and inclusion in local labor laws. Since 2010, three more states have passed similar bills, and Connecticut’s version will soon be headed to a Senate vote.

At the UN conference, Young pointed out that only 27% of U.S. employment visas are issued to women, and the majority who migrate through legal channels are legally dependent on their employers and husbands. This can, and does often, entrap them in abusive and exploitative situations with little or no legal recourse. Young called for the UN to help grant women “the right to report abuses and violations and for violators to be prosecuted to the fullest extent of the law.”

Unlike the majority of domestic workers around the world who are can form trade unions, most U.S. domestic workers are legally barred from joining unions. This is due to a clause in the National Labor Relations Act passed in 1935, designed by Southern legislators to prevent African-American domestic and agricultural workers from organizing. Young tells me she believes removing this clause is their biggest organizing challenge.

Though the U.S. voted in favor of C189 in 2011, it has not ratified the international convention. Ideally, Young says, all sectors of the labor movement would unite together to push for U.S. ratification, but she notes the labor movement’s declining strength. The Department of Labor did announce in 2013 that it would begin to extend overtime and minimum wage protections to the majority of domestic workers, though opponents are currently battling that in federal court.

“Overall, we are on a forward trajectory, and the momentum is growing,” says Young. “Real recognition is there that we didn’t have 15-20 years ago.”