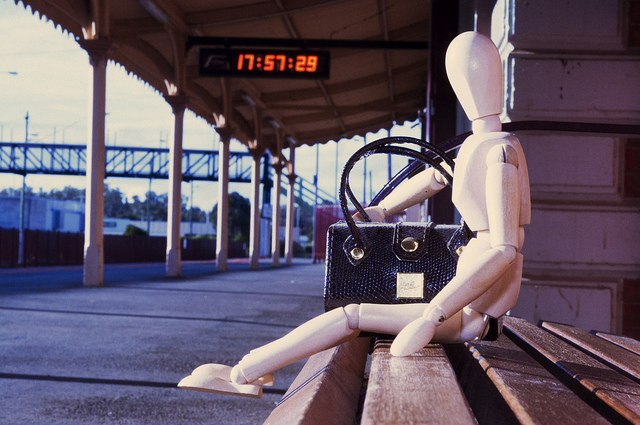 These days it’s not unusual for someone on the way to work to receive a text message from her employer saying she’s not needed right then.

Although she’s already found someone to pick up her kid from school and arranged for childcare, the work is no longer available and she won’t be paid for it.

Just-in-time scheduling like this is the latest new thing, designed to make retail outlets, restaurants, hotels and other customer-driven businesses more nimble and keep costs to a minimum. Software can now predict up-to-the-minute staffing needs on the basis of information such as traffic patterns, weather and sales merely hours or possibly minutes before.

This way, employers don’t need to pay anyone to be at work unless they’re really needed. Companies can avoid paying wages to workers who’d otherwise just sit around.

Employers assign workers tentative shifts, and then notify them a half-hour or ten minutes before the shift is scheduled to begin whether they’re actually needed. Some even require workers to check in by phone, email or text shortly before the shift starts.

Just-in-time scheduling is another part of America’s new “flexible” economy—along with the move to independent contractors and the growing reliance on “share economy” businesses, like Uber, that purport to do nothing more than connect customers with people willing to serve them. New software is behind all of this—digital platforms enabling businesses to match their costs exactly with their needs.

The business media considers such flexibility an unalloyed virtue. Wall Street rewards it with higher share prices. America’s “flexible labor market” is the envy of business leaders and policy makers the world over.

There’s only one problem. The new flexibility doesn’t allow working people to live their lives.

Businesses used to consider employees fixed costs—like the costs of factories, offices, and equipment. Payrolls might grow or shrink over time as businesses expanded or contracted, but from year to year they were fairly constant. That meant steady jobs. And with steady jobs came steady paychecks along with regular and predictable work schedules.

But employees are now becoming variable costs of doing business—depending on ups and downs in demand that may change hour by hour, possibly minute by minute.

Yet working people have to pay the rent or make mortgage payments, and have keep up with utility, food, and fuel bills. These bills don’t vary much from month to month. They’re the fixed costs of living.

American workers can’t simultaneously be variable costs for business yet live in their own fixed-cost worlds.

They’re also husbands and wives and partners, most are parents, and they often have to take care of elderly relatives. All this requires coordinating schedules in advance—who’s going to cover for whom, and when.

But such planning is impossible when you don’t know when you’ll be needed at work.

Whatever it’s called—just-in-time scheduling, on-call staffing, on-demand work, independent contracting, or the “share economy”—the result is the same: no predictability, no economic security. This makes businesses more efficient, but it’s a nightmare for working families.

Last week, the National Employment Law Project reported that 42 percent of U.S. workers make less than $15 an hour. But even $20 an hour isn’t enough if the work is unpredictable and insecure. Not only is a higher minimum wage critical. So are more regular and predictable hours.

Some states require employers to pay any staff who report to work for a scheduled shift but who are then sent home at least 4 hours pay at the minimum wage. But these laws haven’t kept up with software that enables employers to do just-in-time scheduling—and inform workers minutes before their shift that they’re not needed.

In what may become a test case, New York Attorney General Eric Schneiderman last week warned 13 big retailers—including Target and The Gap—that their just-in-time scheduling may violate New York law, which requires payments to workers who arrive for a shift and then are sent home.

We need a federal law requiring employers to pay for scheduled work.

These would include high-quality pre-school and after-school programs; unemployment insurance for people who can only get part-time work; and a minimum guaranteed basic income.

All the blather about “family-friendly workplaces” is meaningless if workers have no control over when they’re working.