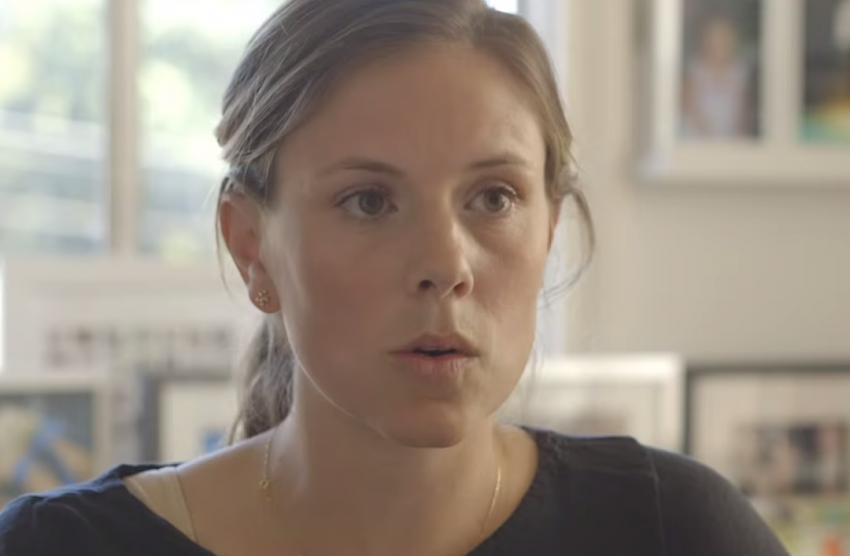 April Bain, a Los Angeles teacher and the plaintiff in Bain v. CTA, says her union has benefitted her greatly, and she wants to keep receiving those benefits. She just doesn't want to pay for them.

April Bain is a high school math teacher in Los Angeles, and a dues-paying member of her union, Los Angeles Teachers United. She has benefited from this membership, and indeed claims that “everybody has a horror story of a teacher that needed their union.” She describes a personal experience of conflict with her principal in which having a union behind her made her feel safe. “You felt safe. You kind of felt like, okay, we can do what’s right here and we’ll be protected,” she has stated.

However, Bain has decided that she does not want to contribute to any of the union’s political activities of her union. Bain doesn’t specify which of the union’s expenditures she specifically disagrees with, but previous objectors to such spending have cited union support or opposition for political candidates, support or opposition for ballot initiatives, support for causes important to the membership, and the like. Though Bain can register as an objector and get a refund of all fees not germane to its representational duties while still being covered under any collective bargaining agreement with the employer, she does not want to exercise that right because she knows that membership has benefits.

To object and become a non-member, Bain would simply have to write to her union during an open window and state her desire to quit the union. However, if she did so, she would not receive liability insurance, which is a benefit of union membership, or have the right to vote in union elections.

Therefore, with the backing of education reformer and former Washington, D.C., schools chancellor Michelle Rhee’s anti-teachers union group StudentsFirst, Bain and several other teachers have filed a federal lawsuit against the California Teachers Association, the National Education Association, the California Federation of Teachers, the American Federation of Teachers, United Teachers Los Angeles, United Teachers of Richmond and various school superintendents. Through that suit, Bain seeks to accrue all the benefits of union membership while paying a reduced dues rate and becoming a non-member.

Bain v. California Teachers Association is in some ways little more than a rehash of previous attacks on labor, but it repackages those attacks’ allegations with a pro-union façade. In doing so, this case represents the high-water mark of perverting the First Amendment as a tool against labor.

Anti-union groups have been arguing in the courts, with varying degrees of success, that unions violate workers’ First Amendment rights by charging dues. Behind this argument is the idea that money is speech—a concept that the Roberts Court has accepted wholeheartedly—and the requirement that workers pay union dues or fair share fees is a violation of these workers’ First Amendment rights.

This tack has been more successful in recent years, exemplified by the Harris v. Quinn decision last year that pushed home healthcare workers into a right-to-work regime, because it fits into a problematic jurisprudential shift in the courts’ logic, where the First Amendment is being used to protect corporate and capital interests at the expense of individuals.

At issue in Bain is not that teachers may choose to opt out of membership with their union and pay a reduced dues rate while still receiving all the benefits of the contract. Those fair share fee cases, such as the seminal Beck v. Communication Workers of America, focus on the process of opting out of membership and the types of fees that would be refundable. At issue are those teachers who choose not to be members of the union and do not receive the members’ benefits from the union, such as being able to vote in union elections and access to any union-sponsored insurance programs. Bain and other teachers in the suit argue that it is unfair and unconstitutional for them to be denied any benefits of membership as a result of their decision to opt out of membership and pay a reduced amount in union dues.

They want to be able to both opt out of membership in the union and a significant portion of union dues, but to still be able to vote for union officers and direct the union (which they’ve chosen not to join). In other words, they want the full benefits of a union without having to pay for them. And they are asking the federal courts to intercede and say that the First Amendment guarantees them that right.

“The complaint equates joining the union with ‘giving up’ First Amendment rights.” Seattle University School of Law professor Charlotte Garden explained to In These Times. “But joining or not joining are both exercises of the right of free association.  It seems that the plaintiffs wish their choices were different—and that they could join the union on their own terms—but I can't think of any other circumstance in which an individual would attempt to bring a First Amendment claim to force a private association to change its terms of membership.”

Bain is also different than recent high-profile cases such as Harris v. Quinn and Friedrichs v. California Teachers Association, because this case only deals with the relationship between the union and its members, and therefore it’s not clear if the state is directly involved. The First Amendment, and most Constitutional provisions, only apply if the government is acting. (As Supreme Court Justice Felix Frankfurter famously wrote in 1961 in discussing how the difference between an individual acting and the state acting: “Certainly the night-time intrusion of the man with a star and police revolver is a different phenomenon than the night-time intrusion of a burglar. The aura of power which a show of authority carries with it has been created by state government.”)

Though anti-union groups have successfully used the First Amendment against unions in the past few years in cases that concern the precise amounts and procedures that public unions can charge non-members, in those cases, the relationship is between the government as employer, the union and the members. In Bain, the only question is what benefits members and non-members receive from the union, so there is no state action that would trigger a constitutional claim. The First Amendment does not apply to such claims.

In the Friedrichs case, which is currently being appealed to the Supreme Court and argues that all public sector employees should be under right to work, a version of this claim was raised. The Friedrichs plaintiffs argued in their appeal to the Supreme Court that “nonmembers are also affirmatively harmed because unions can and do use their exclusive bargaining status to withhold certain benefits from being provided by the employer, so that the union can offer the benefit to nonmembers as an inducement to join the union.” In other words, the plaintiff argued that unions bargain away non-member benefits in order to force those members to join the union.

In support of this serious allegation, the plaintiffs cite… nothing. In fact, in the lower court in Friedrichs, the union made clear that “they have never adopted as a members-only benefit they believed could feasibly be obtained from the employer.”

For example, school districts choose not to offer disability and liability insurance to teachers because doing so is costly. Recognizing the desire for this insurance coverage among its membership, the unions offer it as a benefit to members. Cases like Friedrichs and Bain are trying to portray the benefits unions provide to their members as a nefarious scheme to harm non-members.

Having never negotiated a labor contract or won a union election, groups like StudentsFirst and the Center for Individual Rights (the latter of which is bankrolling Friedrichs) are arguing that the unions should change their contract negotiation strategies in order to force employers to concede benefits that the union can easily offer. This tack fits into a larger strategy by such groups to erase any benefit of union membership and incentivize workers into paying less or nothing at all for the benefits of union membership. In Harris, Friedrichs, and Bain, the common strand of the attacks on unions is to force unions to offer all benefits of membership and coverage by a collective bargaining agreement for free.

It is a strange irony of this case that the plaintiffs readily admit the myriad benefits that come with union membership, but argue that it is unfair to require them to be members of the union to get those benefits. Bain and StudentsFirst have decided that the First Amendment gives them the right to make membership mean whatever they choose it to mean.

Bain and the other plaintiffs in her suit obviously have a difference of opinion on what benefits their unions should offer their members and on what issues these unions should focus. As current members of their unions, they could vote and support officers who agree with them or run for union office themselves. But that would require them to take part in the democratic process—and probably have to face the reality of how unpopular their views are within the union. So instead they have decided to enlist the help of an anti-union group to try to force their beliefs on everyone else.

For that reason, this case should be seen for what it is: litigation funded and promoted by anti-union groups that is part of a general strategy to defund unions, destroy solidarity and erase the benefits of union membership—even while bizarrely admitting that union membership does, in fact, bring workers like Bain strong benefits.