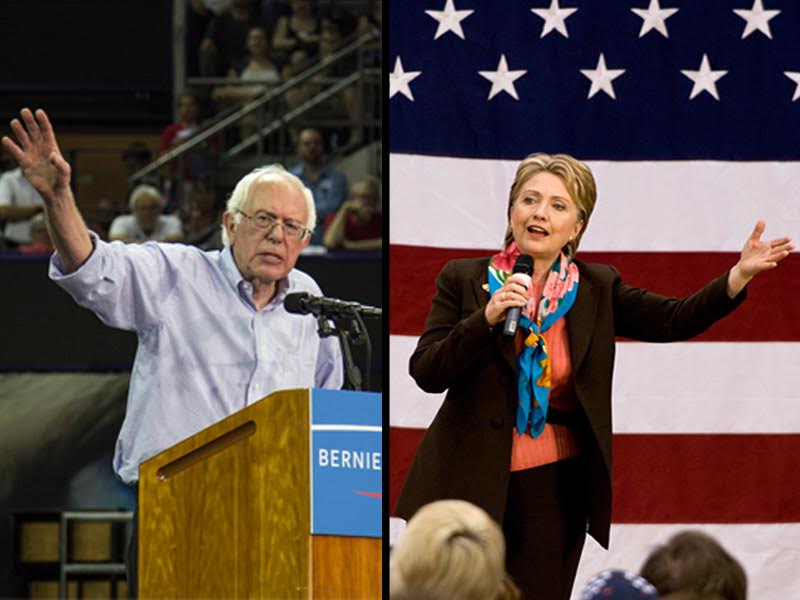 The International Association of Machinists and Aerospace Workers (IAM) announced Friday that it would endorse Hillary Clinton as its preferred Democratic presidential candidate. The machinists are now the third AFL-CIO union to endorse a candidate, following National Nurses United’s endorsement of Senator Bernie Sanders four days ago and the American Federation of Teachers’ Clinton endorsement on July 11.

“The IAM will not sit on the sidelines while this fight is so clearly underway,” said IAM International President Tom Buffenbarger in a press release. “Hillary Clinton has been a strong supporter of this union for years and she is now the target of unprecedented attacks, financed on a scale never seen before. The time to help is when help is needed most, and we intend to do just that.”

The IAM’s justification of their endorsement this early in the presidential race mirrors the remarks made by AFT president Randi Weingarten shortly after her union’s endorsement. “If you want to shape something, you get in before the primaries,” she said. Like the AFT, the IAM endorsement was based largely on the results of an internal survey of members—a method that some members of the union have questioned.

“I cannot describe how disappointed I am with the IAM endorsing Hillary,” says Al Wagner, a journeyman auto technician and member of IAM Automotive Mechanics Local 701 in Chicago. “The IAM is a great union and I am very proud to be a member. But the leaders went about this endorsement the wrong way.”

IAM boasts a membership roll of nearly 600,000, including retirees, but says that an internal survey of 1,700 active members conducted in early August, in which 71% of participants voted for Clinton, proves that the Clinton endorsement is indicative of the rank and file’s desire for the 2016 presidential race. But on the IAM Facebook page, with mentions of Clinton’s associations with Wall Street and the fiercely unpopular free trade agreements abound, Bernie Sanders has been overwhelmingly touted as the only truly pro-worker candidate by hundreds of members on the union’s endorsement posts.

"Awful choice! I'm with Bernie," wrote one person claiming to be a member on the union's Facebook page. "What a sham! Not in the least bit democratic ... -- only 1700 out of 500,000 members is not a majority. ... At monthly meetings, members talk about the real voice of labor (Bernie Sanders) who BTW is beating her in the CNN [poll] after every meeting. You guys need to wake up and listen to your members," wrote another.

Asked about the negative reaction to the endorsement, IAM spokesperson Frank Larkin told In These Times, “The social media response can often be biased strongly in favor or against the union, depending on the level of coordination. We’re relying on both the opinion and sentiments of membership at [the endorsement] meeting, as well as the results of the poll that reached out quite scientifically to over 2,000 [sic] members that expressed strong support for Senator Clinton.”

Sanders’ popularity—and the post-Clinton-endorsement outcry—within IAM should not be surprising. Since 1989, the union’s political action committee has been the Vermont Senator’s top campaign contributor. Clinton, on the other hand, is currently facing all-time lows in her favorability among voters.

IAM previously endorsed both Hillary Clinton and Mike Huckabee in August 2007, choosing a rare dual endorsement in order to encourage all of its members (an estimated one-third of which are Republican) to turn out to vote. Of course, like the AFT, IAM endorsed then-Senator Barack Obama later in September 2008 after the Democratic race was firmly in Obama’s hands.

With Clinton still widely considered to be the front-runner of the Democratic Party, the IAM seems to be trying to avoid giving an early endorsement, then later having to reverse course when a different candidate wins the party’s presidential nomination as in 2008. But the union could instead hold what In These Times contributor Lois Weiner proposed after the AFT’s 2016 Clinton endorsement:

We should propose instead a decision reached by a very different process: a referendum of members that follows and is informed by debate in union outlets. Every local should be charged by the executive council with providing space and place for members to air their opinions. … In this discussion the leadership will have the opportunity to persuade members that endorsing Clinton is the wisest choice, but it will be obligated to carry out the will of the membership as expressed in the referendum.

Whether or not the union’s survey was indeed “scientific,” the IAM may have missed the chance to educate and politicize its membership through a debate-driven, democratic endorsement process.

The IAM is a sponsor of In These Times. Sponsors play no role in editorial content.