Will the NEA Endorse Hillary Clinton Over Bernie Sanders Without Asking for Anything in Return? 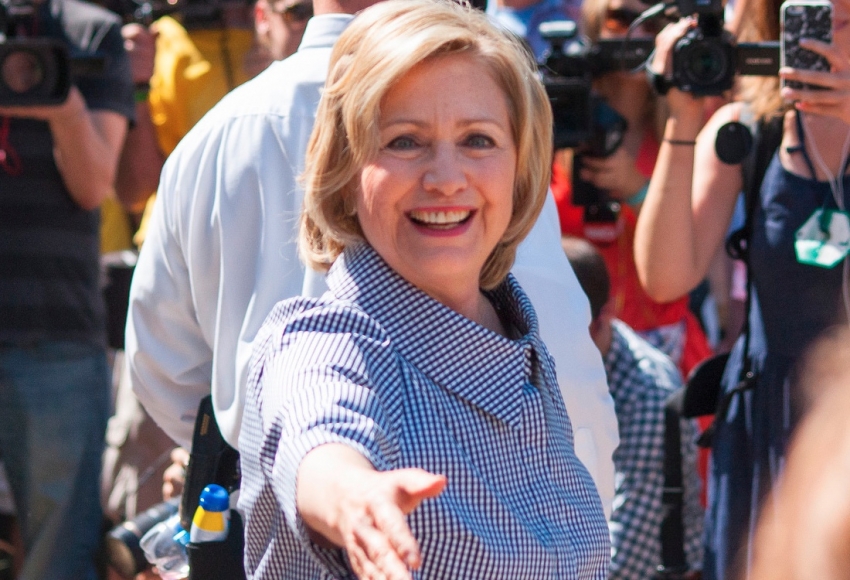 The country's largest union doesn't have a strong track record of extracting concessions from Democrats before endorsing them. (Phil Roeder / Flickr)

With just a few days before the a meeting of the National Education Association’s (NEA) board of directors in Washington DC, what seemed like a sure thing several weeks ago now seems a little less certain.

The plan was for the leaders of the largest teachers union in the country to vote for an early endorsement of Hillary Clinton for the Democratic Party nomination. With the backing of NEA President Lily Eskelsen Garcia, the endorsement should have been a breeze.

As Annie Karni reported in Politico has reported,

Top brass of the 3 million-strong National Education Association, the country's largest union, are recommending an endorsement of Hillary Clinton, according to an email obtained by POLITICO—a move that has many state leaders and rank-and-file members planning to protest the early endorsement.

The email, sent from the union's campaign office, states that the NEA PAC, the union’s political arm, is planning to hold an upcoming vote ’recommending Hillary Clinton for the presidential primary.

I don’t know what, if anything, has been asked for in return for the Clinton endorsement. But we can look back to past recent endorsements for a bit of instruction. Those endorsements show us that despite the fact that a union’s main job is bargaining, political horse-trading has frequently been a weakness of the NEA.

If the NEA board of directors follows instructions, it would be the second national teachers union to endorse Clinton. The earlier American Federation of Teachers endorsement was met with criticism by many progressives among their ranks and by those AFT members “feeling the Bern.”

But Weingarten controls her union’s endorsement procedures even more tightly than Eskelsen Garcia controls the NEA. Given the close relationship between Weingarten and Clinton (Weingarten sits on the board of the pro-Clinton PAC Priorities USA), there was zero chance the AFT would choose not to endorse her.

Clinton does have many supporters among the rank and file of the NEA. Yet there were plenty of Bernie buttons at the NEA convention in Orlando last July. And the past week has witnessed a growing revolt within the union against an early endorsement.

Politico is also reporting that a group of educators backing Sanders claims that 30,000 NEA members have “shown support” for Bernie “through his campaign website or various social media sites.”

And at least four NEA affiliated state political action committees have voted against an early endorsement of Clinton, including New Hampshire, Massachusetts and the largest NEA PAC, the New Jersey Education Association. And, of course, Vermont.

Massachusetts Teachers Association President Barbara Madeloni sent out a message on September 28 to her members, "In conversation with President Eskelsen García, I have expressed my concern that an early endorsement does not allow members to be active participants in the kinds of discussion and debate that are central to a democratic union."

And the hash tag #NoEarlyEndorsement, calling for the NEA to hold off on any candidate endorsement, is easy to find on Twitter.

The NEA early endorsement of Clinton has echoes of the very early no-strings NEA endorsement of President Obama in the 2012 election, but with far less rank-and-file support. The NEA vote to endorse Obama did eventually make it to the floor of the NEA Representative Assembly for delegate approval. Obama received the support of around 70 percent of the delegates.

However, many of us who were delegates at that Chicago 2011 Representative Assembly of the NEA wondered exactly what was in it for teachers and public education to offer the President our backing with no strings attached.

Obama was running unopposed in the Democratic primary in 2012. But things were different in 2008, when Clinton and Obama were battling for the nomination. At that time, the NEA made no endorsement before the Democratic Party convention. I was at the Representative Assembly that year in Philadelphia where all the Democrats who were running in the primary were asked to address the delegates.

Reg Weaver, who was NEA President at the time, said,

There have been dozens of [candidate] debates, but less than a handful of questions about the future role of the federal government in public education. Both Democratic candidates have strong records on education, but our members want to know about their visions and their plans for the future and we haven’t really heard that yet. If they haven’t made education a central part of their campaigns, how can we feel confident that they will make education a central part of their administration?

President Weaver and the NEA board of directors’ reluctance to make a primary choice in 2008 is not shared by the current NEA national leadership.

Hillary’s electability as President, as well as her nomination by the Democratic Party is by no means assured. As I write this, Clinton is only single digits ahead of Bernie Sanders in national polls; a poll in New Hampshire and another in Iowa actually found him ahead of Clinton.

The push to endorse Clinton can’t be based on what we know about the differences between Sanders and Clinton: Bernie’s opposition to corporate education reforms is miles ahead of Hillary’s. Instead, the decision seems to be based on a claim of inevitability.

None of Clinton’s statements so far suggest that she would break from the corporate reform polices that have dominated Obama’s Department of Education and his Secretary of Education, Arne Duncan.

Although delegates voted to support Obama’s re-election, the NEA’s Representative Assembly annually passed resolutions sharply critical of Duncan and the DOE. In 2014, the RA delegates even called for Duncan’s resignation. The difference was that Obama was running for a second term and was unopposed in the primaries.

Just going by what we know about Hillary Clinton’s record, in 2016 there are two very different visions of where the Democratic Party should stand on education. That debate didn’t happen at the national level in 2012.

“Electability” is one of the criteria for endorsement that has created a ball and chain for the NEA and its local affiliates, leading the union to support candidates that are not good friends of labor or supporters of progressive social issues. In my home state of Illinois, electability is actually written into the Illinois Education Association’s political action committee endorsement policies as one of the principal criteria for choosing who to endorse. Incumbency and electability often trumps policy and political positions, meaning that the IEA and NEA frequently fail to endorse progressive challengers to Democrats like Clinton who have tacked far to the right.

Whoever the eventual Democratic nominee is, the NEA will continue to be the national party’s loyal servant as well to serve as its financial patron, an investment of education workers’ political action committee hard-earned dollars that have not seen great returns.

There are several issues at play. Of course, there are Bernie Sanders supporters in the NEA who feel that he is the better choice. Yet there is also is the sense that the early push for a Hillary endorsement represents the kind of top-down decision making that often characterizes leadership in the NEA and other unions.

Endorsements matter. The NEA’s political action committees at the state and national levels contribute millions of dollars to candidates. Members do take into consideration NEA endorsements when they vote.

It is likely that the coming meeting of the NEA board of directors will do what President Lily Eskelsen Garcia has been lobbying for. Or perhaps there is enough rank-and-file opposition to prevent it.

Either way, even Hillary supporters should be asking how it helps teachers and public education to endorse a candidate so early—and without demanding anything in return.