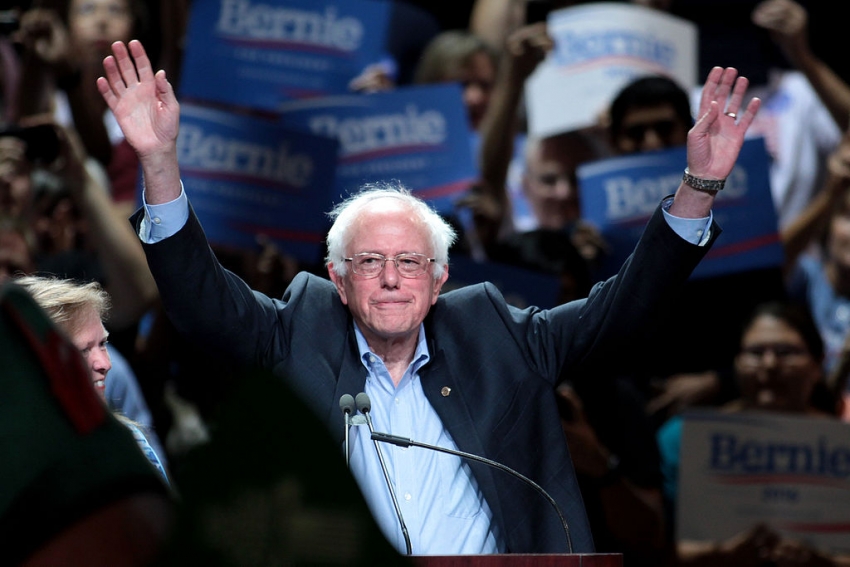 New Hampshire seems to be feeling the Bern.

The Franklin Pierce University/Boston Herald poll has Sanders leading Clinton by some 7 percent—garnering 44 percent of voters to Clinton’s 37. The third candidate in the poll, Vice President Joe Biden, earned 9 percent. Biden has not officially entered the race.

Four hundred forty-two likely voters were surveyed by telephone for the poll between August 7 and 10. The poll has a margin of error of 4.7 percent.

The previous Democratic poll by this group, in March, showed that Sanders only support from 8 percent of those surveyed. And a poll released last week by Gravis Marketing/One America News showed Clinton earning 43 percent of New Hampshire votes to Sanders’ 39 percent.

Sanders’ surge in the polls comes as he draws record-breaking crowds for this election—15,000 in Seattle, 27,500 in Los Angeles and 28,000 in Portland. Sanders also made headlines when Black Lives Matter protesters disrupted a different Seattle rally over the weekend.

Meanwhile, Clinton has been hosting exclusive $2,700-per-head fundraisers, and made the news as the FBI seized her private email servers as part of a criminal probe. She faces allegations that she dealt with classified messages on unsecure, non-government servers.

These issues and more will likely be discussed during upcoming Democratic presidential debates, the first of which is on October 13. Sanders and Clinton will face off in the first primary in Iowa on February 1, 2016, followed shortly thereafter by the New Hampshire vote on February 9.