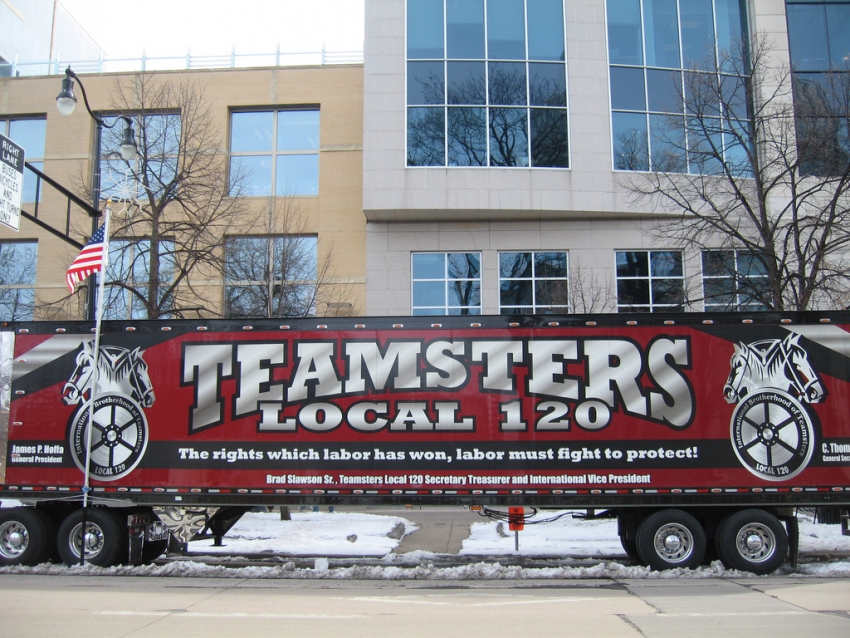 In a stunning demonstration of the power of grassroots organizing, retired Teamster union members across the Midwest have forced the federal government to back down on plans to slash pensions on thousands of retired workers.

The initial decision in favor of the retired truck drivers came May 6, when the U.S. Department of the Treasury announced it would reject a plan to cut benefits for  retirees enrolled in the Central States Pension Fund, an organization that handles pensions for more than 400,000 current or former Teamsters. That decision came after a year-long grassroots campaign that pressured union leaders, government officials and federal legislators to block the cuts.

The other shoe dropped in favor of the pensioners May 20, when Central States officials announced they would not re-apply for permission to impose cuts (as was their option under the new Multiemployer Pension Reform Act of 2014, but instead seek a legislative solution to its long-term financial problems less harmful to the pensioners.

Central States Executive Director Thomas Nyhan acknowledged the power of the constituent-contact lobbying effort in his letter to retirees:

A significant number of Members of Congress were vocal in calling for Treasury to reject our pension rescue plan. It is now time for those and others who suggested that there is a better way to fix this critical problem to deliver on real solutions that will protect the retirement benefits of Central States participants….

In the coming months, we will do everything in our power to support a legislative solution that protects the pension benefits of the more than 400,000 Central States participants and beneficiaries, who should not have to bear the emotional trauma of waiting until the Fund is at the doorstep of insolvency before Congress acts.

But the decisions last month from the Treasury Department and Central States “doesn’t mean it’s over,” Friedman cautions.

As referenced in the Nyhan letter, attention is turning now to alternate ways of dealing with the long-term financial problems of the Central States fund, which will run out of money in about 10 years unless a new source of income can be found, or existing benefits are cut. Specifically, Friedman says, that means crafting a legislative solution that can earn the support of both Republicans and Democrats in Congress.

A starting point is the Keep our Pension Promises Act (KOPPA), a piece of legislation authored last year by Sen. Bernie Sanders (I-Vt.) and Rep. Marcy Kaptur (D-Ohio). That bill, which has been endorsed by Teamsters President James Hoffa, would eliminate some tax loopholes for wealthy individuals with the income to be used to restore the pension plan to financial health.

But KOPPA is problematic for the union retirees, according to Bob Amsden, a retired trucker who leads the grass-roots Wisconsin Committee to Protect Pensions. While the bill has gained strong support from pro-labor Democrats in Congress, the bill has almost no support from the Republicans who have majority control of both the Senate and the House of Representatives, he says.

“Obviously we are going to have make some important changes to KOPPA if we are going to have any chance at all of getting it passed,” Amsden comments. “I don’t think anybody can say right now what those changes will be, but we need to get working on it sooner rather than later.”

Friedman of the Pension Rights Center agrees. Conservative Republicans generally oppose any reduction of tax benefits to wealthy individuals, so an alternate funding mechanism must be found, she says. Referring to the auto company bailout of 2009, she comments that “We did it for Detroit, so there is no reason why we can’t do something similar here.”

Although the action by the Treasury Department removes some of the urgency to an immediate legislative solution, the problem “is not going to go away” and “there is no reason to delay serious negotiation over how to craft the bill,” she adds.