Atlantic City Casino Workers’ Bargaining Is Going Down to the Wire, and a Strike Is Still Possible 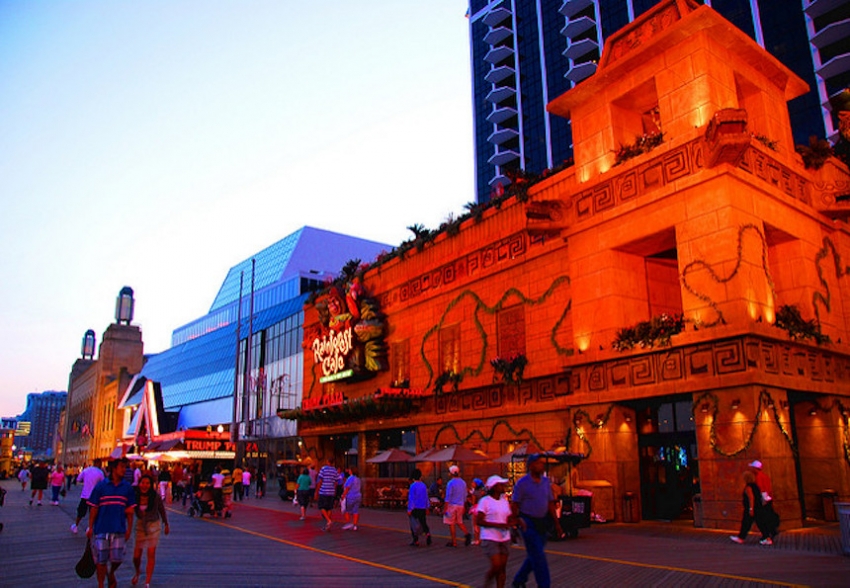 Just as the casinos of Atlantic City gear up for a desperately needed big influx of gamblers over the long Fourth of July weekend, thousands of casino workers who are members of UNITE HERE Local 54 may be putting their chips on a red spot marked “strike.”

The union, representing about 6,000 non-gaming service workers, from room cleaners to drink servers, is negotiating separate but similar contracts with five of the city’s eight casinos—Caesars, Bally’s, Harrah’s, Tropicana and Trump Taj Mahal. The United Auto Workers represents dealers and related workers at three of those casinos. Their contracts are not being negotiated, but UAW leaders have asked members not to do any work normally performed by strikers.

“A strike is likely at one or more of these properties,” Local 54 president Bob McDevitt said earlier this week. “The real fight in Atlantic City is keeping the middle class in the gaming industry.”

After negotiations throughout Wednesday night, the union announced that it had reached a tentative agreement with Caesars Entertainment, which owns three of the properties where contracts are expiring on Thursday night and cover 4,000 UNITE HERE workers.

The local economy depends heavily on the gaming industry and, consequently, on the stable, “middle-class” incomes that unionized workers have won.

Gaming—as the gambling business prefers to call itself—revived this fabled but faded New Jersey oceanfront resort town starting in 1978 when the first casino opened. Revenue peaked locally at $5.2 billion in 2006, then collapsed during the Great Recession to $2.9 billion at the industry’s nadir in 2013.

During that rough period, four casinos closed, and 10,000 gaming and hospital industry jobs disappeared. Workers who had been at the top rate for 12 years gained only 80 cents an hour, and overall wages stagnated around an average of $11.74, as private equity firms took control of the casinos and demanded that the fairly well-unionized workforce take concessions as they faced increased workloads.

To take one example, Donald Trump launched his Trump Taj Mahal in 1991. He declared the casino’s first bankruptcy only 18 months later. With the third bankruptcy corporate raider Carl Icahn bought a large share of the casino’s debt, which made it possible for him to take control by 2014 with the fourth bankruptcy. Icahn persuaded the bankruptcy court to eliminate the workers’ health care, pensions and several other contractual benefits.

Last March a union survey found that 33 percent of workers had no health insurance, while half relied on government-subsidized insurance. Icahn saved about $8 million dollars a year in premiums, as the cost shifted to workers and the public. The squeeze of stagnant wages and rising costs pushed many workers near bankruptcy and left others without any protection if illness struck.

Top managers and investors did much better than the workers, whose losses funded their bosses’ gains. For example, executives at Caesars Entertainment (which owns three Atlantic City casinos) asked shareholders to pay the top 1 percent of the company—about 600 executives--$50 million in bonuses for 2016, according to McDevitt.

“People aren’t going to work for ten years with no raise,” McDevitt said in a press conference. “These people are ready to take action….These private equity firms are sucking the marrow out of this city’s bones. If they put a bullshit contract on the table, they’ll get a strike. It’s their choice.”