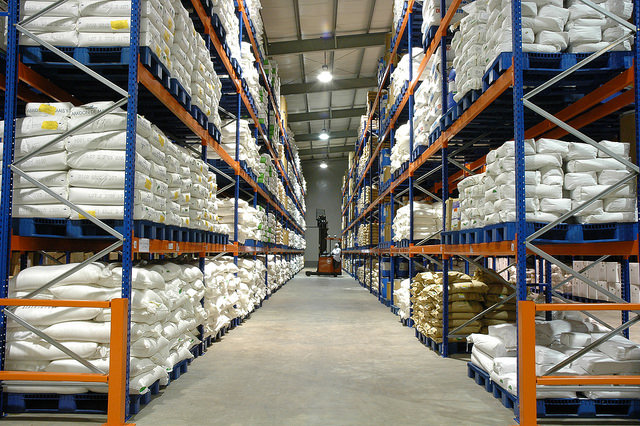 Last year, the Center for Investigative Reporting found a pattern of systemic racial and gender discrimination in the temp industry nationwide. Industry whistleblowers allege that African-American workers are routinely passed over for jobs in favor of Latinos, who employers consider to be more exploitable. (Beximco Pharma/ Flickr)

Sweeping legislation introduced in the Illinois state legislature last month would dramatically improve pay, benefits and working conditions for almost a million of the state’s temp workers toiling in factories, warehouses and offices.

The innovative law is being pushed by the worker centers Chicago Workers’ Collaborative (CWC) and Warehouse Workers for Justice (WWJ), which say it would restore the temp industry to its original purpose of filling short-term, seasonal labor needs and recruiting new employees into direct-hire jobs.

Across Illinois, there are nearly 850,000 temp workers every year. Nationally, temp jobs are at record highs, with more than 12 million people flowing through the industry per year.

“Instead of temps just replacing people who are sick or coming during periods of higher production, they’re actually becoming a permanent staffing option,” says CWC executive director Tim Bell. “There’s nothing ‘temporary’ about it.”

Mark Meinster, executive director of WWJ, says there has been “an explosion” of temp workers in recent decades, especially in manufacturing and warehousing. “Those sectors are part of large, global production networks where you see hyper competition and an intense drive to lower costs. Companies can drive down labor costs by using temp agencies.”

CWC activist Freddy Amador worked at Cornfields Inc., in Waukegan, for five years. He tells In These Times the company’s direct hires start off making at least $16 an hour, but later get raises amounting to $21 an hour. As a temp, however, Amador was only making $11 an hour after five years on the job.

“As a temp worker, you don’t have vacation days, sick days, paid holidays”—all of which are available to direct hires, Amador says.

In These Times reached out to Cornfields to comment on this story. It did not immediately respond.

“Once a company is using a temp agency, it no longer has to worry about health insurance, pension liability, workers’ comp, payroll and human resources costs,” Meinster explains. “It also doesn’t have to worry about liability for workplace accidents, wage theft, or discrimination because, effectively under the law, the temp agency is the employer of record.”

This arrangement drives down standards at blue-collar workplaces, Bell says. “The company itself doesn’t have to worry about safety conditions because these workers aren’t going to cost them any money if they’re injured.”

“The safety for temp workers is really bad,” Amador says. “Temp agencies send people to do a job, but nobody trains them. Sometimes temp workers are using equipment they don’t know how to use, and they’re just guessing how to use it. I’ve seen many accidents.”

Under the new bill, temps like Amador would receive the same pay, benefits and protections as direct hires.

“This is landmark legislation,” Bell says. “There’s nothing like it in the United States.”

Last year, the Center for Investigative Reporting found a pattern of systemic racial and gender discrimination in the temp industry nationwide. Industry whistleblowers allege that African-American workers are routinely passed over for jobs in favor of Latinos, who employers consider to be more exploitable.

Discrimination can be hard to prove because staffing agencies aren’t required to record or report the demographics of who comes in looking for work. As Bell explains, applications often aren’t even filled out in the temp industry, but rather “someone just shows up to go to a job.”

The new bill would require temp agencies to be more transparent about their hiring practices by recording the race, gender and ethnicity of applicants and reporting that information to the state.

Furthermore, the bill includes an anti-retaliation provision that says if temp workers are fired or disciplined after asserting their legal rights, the burden is on the company and temp agency to prove that it was not done in retaliation.

“There’s this fundamental imbalance in the labor market that leads to a whole range of abuses and then non-enforcement of basic labor rights,” Meinster explains. “The changes we’re proposing in this bill get at addressing that structural issue.”

To craft the bill and get it introduced, CWC and WWJ received research and communications support from Raise the Floor Alliance, a coalition of eight Chicago worker centers. The Illinois AFL-CIO, National Economic and Social Rights Initiative, National Employment Law Project, Latino Policy Forum and Rainbow Push Coalition are among the legislation’s other supporters.

Though the Illinois government is still paralyzed by an unprecedented budget stalemate between the Republican governor and Democratic legislature, organizers are optimistic about the bill’s prospects.

“There’s potential for huge movement around this bill,” Bell says, citing the popularity of the presidential campaigns of Bernie Sanders and Donald Trump, which both touched on the theme of economic insecurity. While Trump focuses on jobs fleeing the country, Bell notes that “jobs here in this country have been downgraded.”

“We need to be talking about job quality, not only ‘more jobs.’ Both are important,” Meinster says. He believes existing temp jobs “could and should be good, permanent, full-time, direct-hire, living wage jobs with stability, respect and benefits.”

The author has worked with WWJ in the past on issues related to the temp industry.