Elon Musk May Be a “Visionary,” But His Vision Doesn’t Seem To Include Unions 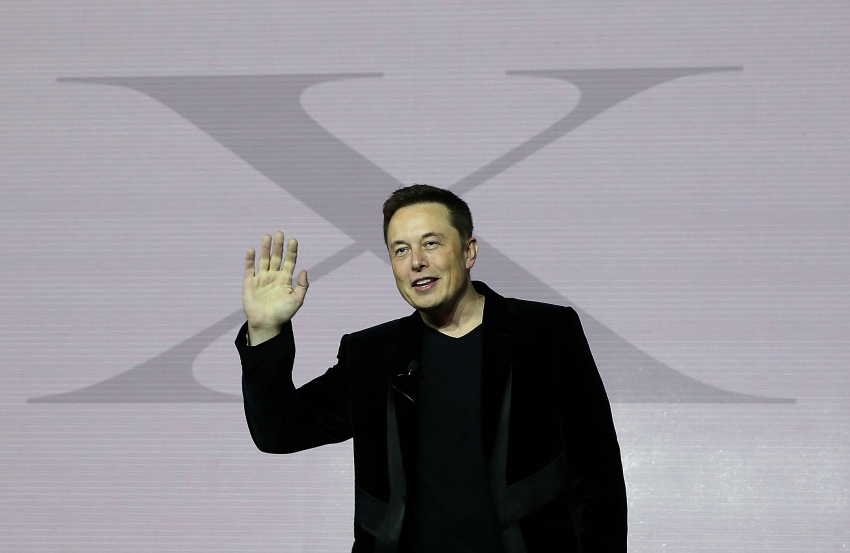 Tesla CEO Elon Musk has been making more headlines than usual lately. Shortly after the business magnate claimed he had received governmental approval to build a hyperloop from New York to Washington, D.C., he got into a public argument with Facebook CEO Mark Zuckerberg about the future of artificial intelligence. Musk also recently made comments regarding the production of Tesla’s new Model 3, a battery-electric sedan. “We're going to go through at least six months of manufacturing hell,” he told journalists.

It’s hard to know exactly what constitutes “manufacturing hell,” but it might also be difficult to ever find out. That’s because, since last November, Tesla has required employees to sign confidentiality agreements which prevent them from discussing workplace conditions. This policy has faced increased criticism since February, as workers at Tesla’s Fremont, Calif. plant have expressed concern over wages, safety and their right to unionize. They have reached out to the United Automobile, Aerospace and Agricultural Implement Workers of America (UAW) union, which is now intervening.

Last week, some of those workers made specific demands. A group called Tesla Workers’ Organizing Committee sent a letter to the company’s board members seeking safety improvements and a clearer promotion policy. The letter cites 2015 data from the Bureau of Labor Statistics, the last full year for which such information is available. “For that year, data from the Bureau of Labor Statistics indicates that our injury rate was higher than that of sawmills and slaughter houses. Accidents happen every day,” reads the letter. The committee also addressed Tesla’s resistance to workplace organizing: “We should be free to speak out and to organize together to the benefit of Tesla and all of our workers. When we have raised this with management we have been met with anti-union rhetoric and action.”

Attention was originally drawn to the factory’s organizing fight after Tesla employee Jose Moran published a Medium post on February 9. Moran raises safety concerns, writing that, a few months ago, six of the eight people on his work team were on leave due to workplace injuries. He also breaks down problems with the factory’s wages. According to Moran, workers at the Tesla factory make between $17 and $21 in Alameda county, an area where the living wage is more than $28 an hour. Moran wrote that some of his coworkers make a two-hour commute to work because they can’t afford to live near the factory.

“Tesla’s Production Associates are building the future: They are doing the hard work to build the electric cars and battery packs that are necessary to reduce carbon emissions. But they are paid significantly below the living wage for one adult and one child in our community,” Maria Noel Fernandez, campaign director of the local worker advocacy group Silicon Valley Rising, told In These Times via email. “We believe that green jobs should be good jobs, and that they have a right to organize and advocate for themselves and their families.”

The day after Moran published his post, employees passed out literature containing the piece during a shift change at the factory. According to an unfair labor practice charge with the National Labor Relations Board (NLRB) made by workers, and obtained by Capital and Main, this prompted management to schedule a meeting where workers were told they couldn’t pass out information unless it was pre-approved by the employer. The same NLRB charge accuses Tesla of illegal surveillance and intimidation.

Moran’s piece, and the subsequent accusations, were taken seriously enough to be addressed by Elon Musk directly. In an email to employees, obtained by Buzzfeed, Musk declared that safety concerns ignored vast improvements established in 2017. Tesla also put out a statement echoing Musk’s claims. The company’s data points to a 52 percent reduction in lost time incidents and a 30 percent reduction in recordable incidents during the company’s first quarter.

Musk promised a “really amazing party” for workers after the Model 3 reached volume production. In addition to the party, the factory would eventually include free frozen yogurt stands and a roller coaster. “It’s going to get crazy good,” he wrote. As for Moran, Musk claimed he was a paid UAW plant and that he had looked into his claims and discovered they weren’t true. The UAW, he explained, “does not share our mission” and their “true allegiance is to the giant car companies, where the money they take from employees in dues is vastly more than they could ever make from Tesla.”

This wouldn’t be the last time Musk would use such language in regards to a union. Six months after Tesla acquired Germany’s Grohmann Engineering, Musk found himself clashing with the country’s dominant metalworkers’ union, IG Metall. The union intervened to insist that Tesla straighten out a wage discrepancy that had some workers claiming they were making 30 percent less than union rates. Musk sent a letter to Grohmann employees offering a one-time bonus—an extra 150 Euros a month—and Tesla shares instead of a pay increases that the employees desire. “I do not believe IG Metall shares our mission,” reads the letter.

“We’re a money-losing company,” Musk told The Guardian in May. “This is not some situation where, for example, we are just greedy capitalists who decided to skimp on safety in order to have more profits and dividends and that kind of thing.” Two months after that interview, Automotive News reported that Musk had been the highest paid auto executive of 2016, exercising stock options worth $1.34 billion. Musk’s incredible economic success hasn’t exactly been generated via an unfettered free market. According to data compiled by the Los Angeles Times in 2015, Musk’s companies have benefited from billions in government subsidies.

Whether or not Tesla’s board members are receptive to employee demands, it seems clear that the workers’ struggle is not going away anytime soon.