With All Eyes on DACA, the Trump Administration Is Quietly Killing Overtime Protections 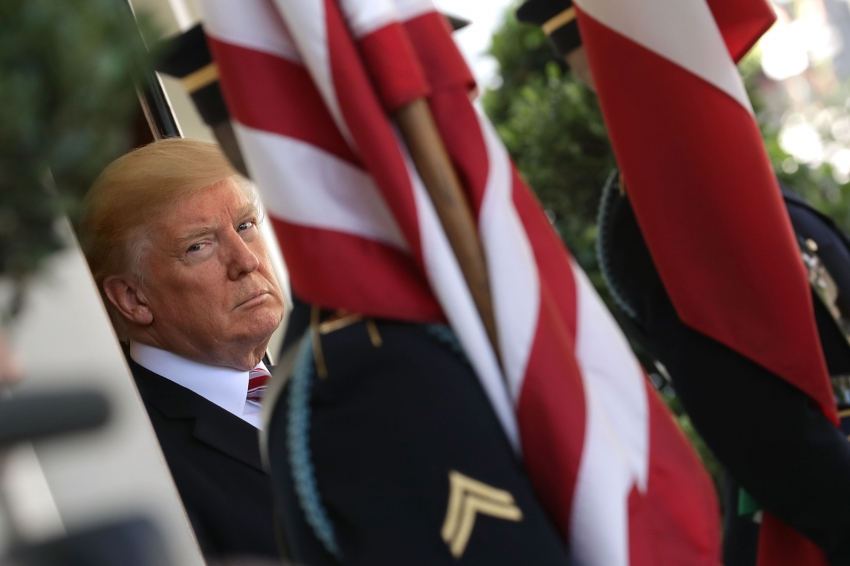 On September 5, the administration of Donald Trump formally announced that they won’t try to save Obama’s overtime rule, effectively killing a potential raise for millions of Americans. This disturbing development has largely slipped under the radar during a busy news week, marked by Trump’s scrapping of the Deferred Action for Childhood Arrivals (DACA) program.

Twenty-one states and a number of business groups sued the Obama administration last September, after the Department of Labor (DOL) announced the new rule, accusing the former president of overreach.

That lawsuit led to Amos Mazzant, a federal Obama-appointed judge in Texas, putting the rule on hold last November, shortly before it was set to become law. On August 31, Mazzant struck the rule down, and—less than a week later—Trump’s Department of Justice (DOJ) declined to challenge the District Court’s decision. In a court filing, a DOJ lawyer said that the administration would not appeal.

The Obama administration’s rule would have raised the overtime salary threshold considerably. The threshold hadn’t been increased by any administration to adequately reflect wage growth or inflation, which means that many workers only see overtime pay if they make less than about $23,660 a year. Obama had scheduled that number to be bumped up to about $47,476 after reviewing 300,000 comments on the subject.

“The overtime rule is about making sure middle-class jobs pay middle-class wages,” former Labor Secretary Tom Perez told reporters on a call after the rule was announced in May 2016. “Some will see more money in their pockets … Some will get more time with their family … and everybody will receive clarity on where they stand, so that they can stand up for their rights."

While the overtime rule faced predictable opposition from Republicans and business groups, it also received backlash from some liberal advocacy organizations. In May 2016, U.S. PIRG, the popular federation of non-profit organizations, released a statement criticizing Obama’s decision. “Organizations like ours rely on small donations from individuals to pay the bills. We can’t expect those individuals to double the amount they donate,” said the group.

Critics of the statement pointed out that U.S. PIRG’s opposition suggests they have employees not being paid for overtime despite their low wages. The group was slammed by progressives for supporting a regressive policy when it benefited their economic interests.

The DOL claimed that the rule would mean a pay increase for about 4.2 million Americans, but the Economic Policy Institute (EPI) contends that the DOL’s figure is far too low. According to EPI, the DOL’s analysis fails to take the impact of George W. Bush’s overtime policies into account and relies heavily on statistics that were generated before he took power. EPI estimates that, because of changes to employee classifications in 2004, roughly 6 million workers had their right to overtime destroyed.

“Once again, the Trump administration has sided with corporate interests over workers, in this case, siding with business groups who care more about corporate profits than about allowing working people earn overtime pay,” Heidi Shierholz, who leads the EPI’s Perkins Project on Worker Rights and Wages, told In These Times.

The Trump administration’s move might be disappointing for workers’ rights advocates, but it’s hardly surprising. As a presidential candidate in 2016, Trump vowed to kill the overtime rule if elected. "We have to address the issues of over-taxation and overregulation and the lack of access to credit markets to get our small business owners thriving again,” he said in an interview. “Rolling back the overtime regulation is just one example of the many regulations that need to be addressed to do that.”

While many pundits have focused on Trump’s unrelenting series of failures and scandals, his administration has quietly waged a fairly successful war on labor. In addition to nixing one of Obama’s most notable policy achievements, the Trump administration is also poised to stack the National Labor Relations Board with a pro-business majority, has proposed major cuts to the Labor Department and has rolled back safety protections for workers.

Last month, Bloomberg reported that Trump’s Labor Department had created an office specifically designed to reconsider government regulations. The office will be run by Nathan Mehrens, the anti-union lawyer who is also in charge of the department’s policy shop.

Trump geared much of his campaign rhetoric toward the U.S. worker, vowing to dismantle exploitative trade agreements and bring back jobs. However, his administration has simply emboldened the anti-labor forces that have dictated economic policy for decades.