Unless You’re Rich, the Economy Is Not Working for You. And the GOP Tax Plan Will Only Make It Worse 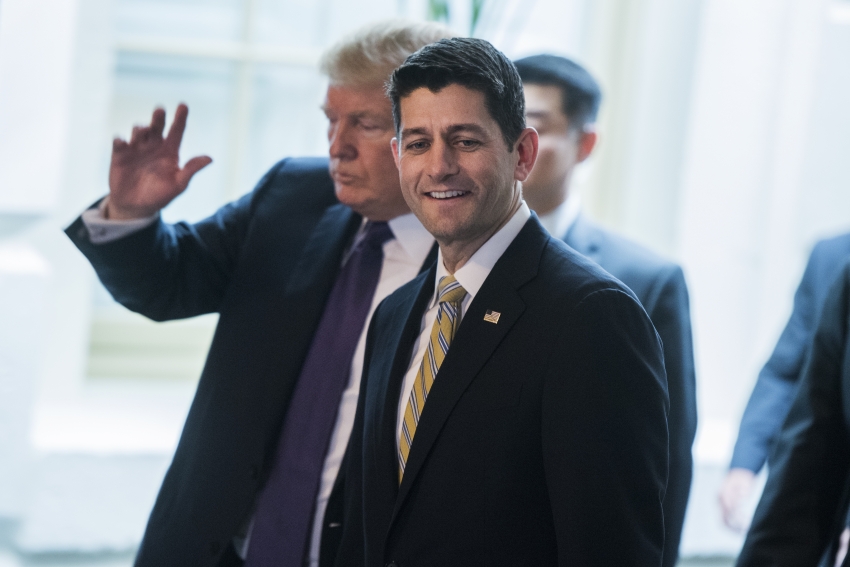 By this point we’ve all heard about the cartoonish immorality of the GOP tax plan—raising taxes on the working poor while cutting taxes for the super-rich.

But setting aside these moral considerations, the Republican tax reform package is also a catastrophe as economic policy. As designed, it will super-charge trends that have stalled growth and wages in the United States for the last four decades. Neither the House nor the Senate plan will do anything to spur investment and both will bolster a tax code that incentivizes short-term speculation and the squeezing of workers, supply chains and consumers.

Our economy has plenty of problems, but too little cash at the top is not one of them. Tax cuts for corporations and the rich—along with a suite of policies pushed over 40 years—have shifted how, when and where corporations and individuals decide to invest, spend and save.

Today, corporations are not investing because shareholders pressure managers to deliver immediate returns and because industries are so consolidated that dominant firms don’t actually need to invest or innovate to remain competitive. Private investors are not putting their money into productive new enterprises, but rather are earning their returns from the sky-rocketing value of assets—stocks, financial products, real estate, art—that can be passed down to future generations.

What this means is that businesses have plenty of profits, but they’re not using those funds to do things that actually create jobs or grow the economy. Instead of funding new research to create better products, expanding operations to boost jobs or increasing wages, these businesses are instead choosing to give money to shareholders—a practice that benefits short-term investors but not the workers who make the company run. A massive tax cut to corporate profits will increase that pool of available money, while also increasing the returns to short-term investors now tempted by an even bigger potential payout.

When not rewarding shareholders directly, businesses have been busy buying up other firms. By providing companies more cash on hand, the GOP tax bill would likely mean even more mergers, which frequently result in cuts to jobs, the erection of barriers for small business and the curbing of consumer benefits. Activist investors will have greater incentive to push for such mergers as the super-rich see a chance to pass un-taxed estates on to the next generation.

The GOP tax plan will exacerbate these trends, increasing shareholder payouts at the expense of creating jobs. As a result, middle-class Americans will face both tax increases and a weaker safety net.

Under the Senate tax plan, almost everyone loses. On average, the bottom three-fifths of income earners would see a tax increase, according to analysis from the Institute on Taxation and Economic Policy. As a result of the individual mandate repeal, 13 million Americans could lose health insurance by 2027, according to the CBO. New methods for calculating the Earned Income Tax Credit will result in lower payouts to the working poor. The loss in government revenue forecloses the possibility of job-creating public investment in infrastructure, education and care work.

All of this is unfair, but it’s also bad economics. Too often, progressives cede economic arguments to the Right, but we should not hesitate to combat the tax plan over the issues of jobs and growth. By further consolidating wealth and power in the hands of the very few, the GOP tax plan is designed to double down on the same strategy that has failed working Americans for decades.

Nell Abernathy is the Vice President for Research and Policy at the Roosevelt Institute.