The Blue-Collar Hellscape of the Startup Industry 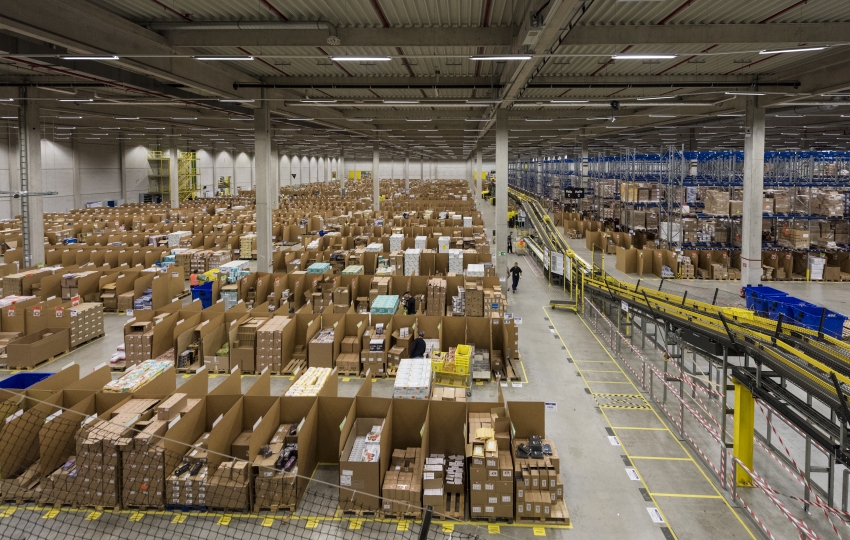 On November 13, Marcus Vaughn filed a class-action lawsuit against his former employer. Vaughn, who’d worked in the Fremont, California factory for electric automaker Tesla, alleged that the manufacturing plant had become a “hotbed for racist behavior.” Employees and supervisors, he asserted, had routinely lobbed racial epithets at him and his fellow Black colleagues.

Vaughn said he complained in writing to the company’s human resources department and CEO Elon Musk, but Tesla neglected to investigate his claims. In true tech executive fashion, Musk deflected Vaughn’s misgivings, shifting the blame to the assailed worker. “In fairness, if someone is a jerk to you, but sincerely apologizes, it is important to be thick-skinned and accept that apology,” he wrote in a May email. In late October, according to Vaughn’s suit, he was fired for “not having a positive attitude.”

The news of rancorous working conditions for Tesla employees is merely the latest in a series. Vaughn’s case signals the broader social and physical perils of couching traditional factory models within the frenzied, breakneck tech-startup framework of high demand, long hours and antipathy toward regulation.

Tesla’s Fremont facility has bred a number of allegations of abuse, from discrimination to physical harm. Vaughn’s is at least the third discrimination suit filed this year by Black Tesla workers alleging racism. A former third-party contracted factory worker, Jorge Ferro, has taken legal action to combat alleged homophobic harassment. The cruelty wasn’t strictly verbal: Not long before, in an ostensibly unrelated but similarly alarming turn of events, reports surfaced that production-floor employees sustained such work-related maladies as loss of muscle strength, fainting and herniated discs.

In response to Ferro’s allegations, Tesla told In These Times that it "takes any and every form of discrimination or harassment extremely seriously." But the company denied responsibility on the grounds that Ferro was contractor, not an employee.

Tesla’s factory conditions evoke those reported at another Silicon Valley darling: Blue Apron. In the fall of 2016, BuzzFeed detailed the consequences of the lax hiring practices and safety standards governing the food-delivery company’s Richmond, Calif. warehouse. Employees reported pain and numbness from the frigid indoor temperatures and injuries from warehouse equipment. Many filed police reports stating co-workers had punched, choked, bitten or groped them, amid threats of violence with knives, guns and bombs.

At the time of these complaints, both companies had fully ingratiated themselves to investors. Tesla’s reported worth is so astronomical even the most technocratic corporate media—and Musk himself—question it. Blue Apron, which went public this year, snagged a $2 billion valuation in 2015. (Blue Apron has since seen a marked decline, a development that maybe have been spurred by BuzzFeed’s report.) As a result, both companies have habitually placed escalating pressure upon their employees to generate product, their executives eyeing the potential profits.

Predictably, these companies’ legal compliance appears to have fallen to the wayside in the name of expediency. Tesla and Blue Apron factory employees have found themselves working 12-hour shifts, in some cases more than five days a week. Tesla employee Jose Moran wrote of “excessive mandatory overtime” and “a constant push to work faster to meet production goals.”

In 2015, Blue Apron appeared to violate a litany of OSHA regulations, ranging from wiring to chemical storage. It also hired local temporary workers via third-party staffing agencies—likely to circumvent the costs of such benefits as health insurance. As BuzzFeed noted, these staffing agencies independently screened candidates in lieu of internal background checks. Compounding the problem, the company expected temps to operate machinery they were unqualified to handle. (Blue Apron has since euphemized its OSHA violations and claimed to have axed these staffing agencies. The company has not responded to requests for comment.)

Aggravating an already fraught atmosphere, the companies appear to have used punitive tactics to coerce laborers into greater productivity. While some Tesla workers are placed in lower-paying “light duty” programs after reporting their injuries, others are chided for them. One production employee, Alan Ochoa, relayed to the Guardian a quote from his manager in response to his pain complaint: “We all hurt. You can’t man up?”

Equally culpable is e-commerce goliath Amazon. Bloomberg reported that the company mounts flat-screen televisions in its fulfillment centers to display anti-theft propaganda relating the stories of warehouse workers terminated for stealing on the job. (This offers a blue-collar complement to the 2016 New York Times exposé on its draconian treatment of office employees.) According to a former employee, managers upbraid workers who fail to pack 120 items per hour, heightening their quotas and, in some cases, requiring them to work an extra day. Those who don’t accept overtime shifts, meanwhile, lose vacation time.

Amazon told In These Times, “We support people who are not performing to the levels expected with dedicated coaching to help them improve.”

It’s no wonder, then, that Blue Apron and Amazon warehouses generate high turnover. In fact, this is likely by design. By creating working conditions that not only extract vast amounts of labor at low costs, but also drive workers away, tech companies can skirt the obligation to reward employees with raises and promotions. A companion to the profit-mongering schemes of Uber, Lyft and now Amazon (through its Amazon Flex delivery vertical) to classify workers as contractors, this form of labor arbitrage ensures that owners of capital avoid the risk of losing wealth to hourly workers—a class they deem thoroughly disposable.

Tesla has caused similar workforce tumult, firing employees for the foggy offense of underperformance. Of the hundreds of terminated employees from both its Palo Alto, Calif. headquarters and its Fremont facility, many were union sympathizers who’d been in talks with the United Auto Workers. The move has thus aroused suspicions that the company sought to purge dissidents—a reflection of the anti-union posture that has characterized Silicon Valley for decades.

If the near-ubiquity of factory and warehouse worker exploitation in the news cycle is any indication, tech capitalists—through their regulatory negligence and toothless “solutions”—have fostered a culture of barbarism. Low-wage laborers have little to no recourse: They’re either left to endure imminent social and physical harm, or, should they seek protections against the anguish they’ve borne, are stripped of their livelihood.

The blue-collar hellscape Tesla, Blue Apron and Amazon have wrought is what laissez-faire, startup-styled late capitalism looks like. At a time of such disregard for the fundamental health, safety and humanity of low-tier workers, the tech-executive class has proven nothing is sacred—except, of course, the urge to scale.