Carrier Workers Are Livid After Facing Layoffs Despite Trump’s Promises 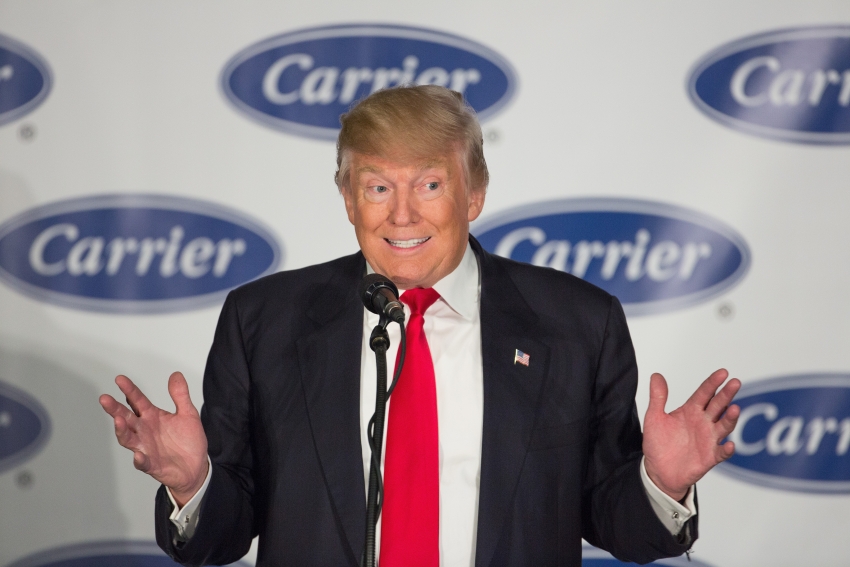 Even before he officially took office, President-elect Donald Trump flew to Indianapolis in December of 2016 to trumpet a deal he had reached with air conditioning and heating furnace manufacturer Carrier. In return for Trump’s pledge to reduce the corporate tax rate and reduce regulations, as well as $7 million in economic incentives, the company agreed to keep some jobs in the state rather than move them to a plant in Mexico as it had planned.

While Trump bragged that he had saved 1,100 jobs, the truth was just 730 jobs were preserved at the Indianapolis plant. In reality, 550 from Indianapolis were still being moved to Mexico, and all 700 workers at the company’s Huntington plant would still lose their jobs.

The fine print of Trump’s deal has now turned into reality for Carrier’s Indianapolis employees. Roughly 340 workers lost their jobs in July. The last round of layoffs mean 250 workers will clock in in for their final shifts today despite Trump’s pledges.

It came as a deep shock when he and his coworkers were told they’d be laid off in February. “We were more than surprised,” he said. “We were at awe, we were astonished … It was beyond shock, to tell you the truth.”

When Trump came to the plant and gave his speech, Oreskovic said, everyone thought he was going to save all of their jobs, particularly with Vice President Mike Pence—the former governor of Indiana—by his side. But, Oreskovic figures, Carrier’s plans were already set in stone by the time the politicians got there. “It was avoidable but unavoidable,” he said.

“I would have hoped something would have been done, I mean, for example, someone from Congress would maybe speak up, ‘Hey this is something we should look at Mr. Trump,’” he said. “We were hoping someone would intervene, but apparently it never happened,” he added, scoffing: “Politics.”

He has two job prospects lined up, but neither is likely to pay as well as the job at Carrier. “Financially I’m concerned,” he said. “If I’ve got to settle for a job at three dollars less an hour, three dollars doesn’t sound like a lot, but that is somewhat of a lifestyle change when it’s based on 40 hours or 50 hours a week.”

But perhaps even more wrenching is the prospect of disbanding his close-knit group of coworkers. “We work over 10 hours a day, five or six days a week. We know each other better than our family members,” he said. But after today, they’ll be less likely to regularly ask each other about children or how their weekends went. “I look at this like a divorce. We’re getting ripped apart from one another.”

When asked how he feels about completing his last day, he responded, “Emptiness.”

Frank Staples also feels like a community is being disintegrated by the layoffs. “We spend more time with each other than we do with our own families,” he told In These Times.

He started at Carrier in 2005 but knew his job was in danger when the company announced in February of 2016 it was moving the plant to Monterrey, Mexico. The news was a surprise: He knew that the plant was making money from what he was told in quarterly meetings. “Here we are making a profit for them, and they’re going to leave us and go somewhere else?” he said. “That was just heartbreaking and devastating to a lot of people.”

Even before the election, Staples said, he and the United Steelworkers union had tried reaching out to Pence several times to have him intervene. “He would never meet with us,” he said. He doesn’t think the Trump administration has done a whole lot to help.

“There’s a lot of things that Trump could sign as an executive order, because he has that power, that would keep American workers working. But Trump’s sitting on his ass not doing any of it,” he said. “I would say to Trump, ‘You made a decision and ran on a campaign promise that you were going to help the American worker. Stand up and do it.’”

The news of layoffs in early 2016 fused with personal tragedies to send Staples into an episode of depression. First he got divorced. During the divorce, “I started having issues with wanting to be at work because I was so depressed,” he said. “I already knew our jobs were gone, I was like, ‘To hell with this shit.’”

Then his brother was murdered, he said. He tried to go on medical leave but ended up getting fired. The union that represents Carrier workers, United Steelworkers Local 1999, fought to have him reinstated, but he’s still in limbo—not having been asked to come back in for work yet.

“It’s been scary and nerve-wracking,” he said. “Everybody’s on edge because we don’t know what’s going to happen.”