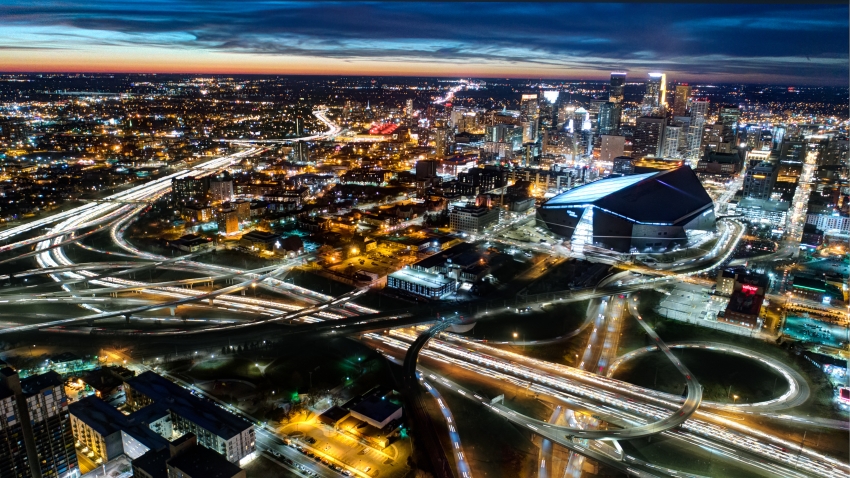 Residents are planning to protest Super Bowl LII when it comes to Minneapolis. (Gian Lorenzo Ferretti/Shutterstock)

Mel Reeves is a long-time human rights activist based in Minneapolis who describes himself as a writer, organizer and a “human being who stands for everybody’s rights.” When Super Bowl LII rolls into Minneapolis on February 4, Reeves will be ready. He is part of a grassroots national group called Take a Knee Nation, dedicated to keeping police brutality and racism front and center. He has, therefore, been part of planning both a national conference and a protest rally—to be held in Minneapolis on the same weekend as the National Football League’s biggest party of the year, the Super Bowl.

“The Super Bowl provides a unique opportunity to place the spotlight on the problem of police violence,” Reeves pointed out in a recent phone interview, recalling how the 2017 NFL season was shaped by controversy over whether or not players “making millions of dollars,” as Donald Trump put it, have the right to take a knee in protest. The players who did get down on one knee as the national anthem was played, drawing both criticism and support, were doing so for two main reasons: to call attention to police violence and to demonstrate their right to protest.

Reeves says that protest is what the national Take a Knee conference will be built around. The event will begin on February 3 at Minneapolis’s Augsburg College and include panelists and presentations dedicated to the “intersection of race and class,” along with the history and current reality of police violence. Among participants will be family and friends of those recently killed by police, including the supporters of three people who lived in Minnesota—Jamar Clark, Philando Castile and Justine Damond—who were gunned down in separate, high-profile incidents.

Local and national youth who have taken a knee have also been invited to the conference, which will culminate in a pre-Super Bowl protest rally on February 4.

“We are trying to keep the issue of police violence in the public eye,” Reeves notes. In contrast, the area surrounding Minneapolis’ U.S. Bank Stadium, where the Super Bowl will be played, has been turned into a hyper-militarized zone. For weeks, local media outlets have been reporting that streets near the stadium are closing, while “barriers and fences are going up.” There will be snipers on hand, and the area will be scrubbed of homeless people, according to multiple reports. Government officials have even asked that the national guard be deployed, a now-common Super Bowl enhanced security measure.

These kind of preparations, done on behalf of the “ruling class,” as Reeves puts it, haven’t gone over well with the other local union and community groups that are also planning to protest the Super Bowl. A broad list of organizations, from Native Lives Matter to Women Against Military Madness, has joined forces, calling itself the Super Bowl Anti-Racist and Anti-Corporate Coalition. This group has planned a rally for February 4, to be held in the shadows of the hulking, billion-dollar U.S. Bank Stadium—a newly built behemoth that was controversially funded, for the most part, with taxpayer money.

Using language that is decidedly not “Minnesota Nice,” this Coalition has made its purpose clear. “On February 4, 2018,” an announcement from the group reads, “Minneapolis will host a protest against racist police brutality and the sellout of our city to greedy NFL owners and corporate sponsors.” There will be a rally and a march that is, like Reeves’ Take a Knee event, designed to call attention to the point that, “During this year’s football season, players, and in some cases entire teams, have spoken out against racism, police brutality, and white supremacist violence.”

Brad Sigal is the Secretary of AFSCME Local 3800, which represents clerical workers at the University of Minnesota. His union is part of the Super Bowl Anti-Racist and Anti-Corporate Coalition, and even though Sigal says he “loves football,” he will participate in the planned protest for Super Bowl Sunday. For Sigal, it’s about solidarity, since NFL players are also part of a union, the NFL Players Association. Many of the unionized professional football players, like Colin Kaepernick, have already taken a risk by “speaking out against racism, police brutality and corporate greed,” Sigal says, noting that he wants to help make their voices heard.

“To me, that’s what being in a union is all about—joining together to confront injustice, confront the powerful, and change society for the better for the vast majority--the working class,” Sigal insists.

The working class, after all, will be doing much of the heavy lifting to make the Super Bowl a success in Minnesota. The Centro de Trabjadores Unidos en Lucha, based in Minneapolis and known locally by its initials, CTUL, is also organizing against the Super Bowl, but they are hoping to stave off an actual game-day protest by securing some concessions for workers before the big event. As a workers’ advocacy group, CTUL has been organizing low-wage workers of color for years and has some important victories to show for it. Recently, the group helped pass both a $15 per hour minimum wage mandate and a Sick and Safe Time ordinance in Minneapolis.

Now, CTUL is pursuing groups like the Minnesota Chamber of Commerce for further worker protections in advance of the Super Bowl. Veronica Mendez Moore, co-director of CTUL, said her organization has been in conversation with the Chamber of Commerce to get them to agree to create a bond that will ensure low-wage workers get paid—even if their Super Bowl employers try to stiff them. “We know wage theft occurs at these large sporting events,” Mendez Moore said, especially because so many “fly-by-night” groups pop up and then leave town without paying workers.

CTUL, along with other like-minded union and community groups, is intent on seizing what they say is an unprecedented opportunity to highlight the “glaring disparity” represented by the Super Bowl. Corporations and the wealthy think nothing of “investing and making millions” off the game and all of the events surrounding it, Mendez Moore argues, while working families continue to struggle to make ends meet. These same corporations often then turn around and block advancement opportunities for workers. The Minnesota Chamber of Commerce, for example, has filed lawsuits against the city of Minneapolis over both the minimum wage increase and the new paid sick time ordinance.

One particularly striking example of this comes from the Franklin Street Bakery, located just a short distance away from U.S. Bank Stadium. Workers at the Franklin Street Bakery have been trying to unionize for seven months, in solidarity with the Bakery Workers Local 22, according to a recent report. Yet employees say the bakery’s owners, Wayne Kostroski and Mark Haugen, have blocked their attempts, and insists on paying poverty wages that leave workers unable to afford health care or cover the cost of food for a month. In 2016, Kostroski and Haugen told the City Pages that the workers’ claims were “outrageous.” (This labor-management dispute has been going on since at least 2016, when workers’ stories were documented in a video produced by the AFL-CIO).

Here’s the ironic part: Kostroski is also the founder of the Taste of the NFL, described in a Labor Notes article as a star-studded, “opulent fundraiser” for local food banks that has been at every Super Bowl since 1992. This year, though, workers from his Franklin Street Bakery organized their own “Taste of Justice” in response, as a “stark contrast” to Kostroski’s public persona.

Whether or not workers at the Franklin Street Bakery succeed in their attempts to unionize, they are part of a wider effort by unions and community groups to pierce through the PR blitz surrounding this year’s Super Bowl. News reports are casting doubt on how much money the Super Bowl will actually bring to the local economy, with Minnesota Governor Mark Dayton’s initial rosy forecast of $500 million now seeming quite unlikely, thanks to reality checks that have emerged.

The Super Bowl Host Committee, made up of large, wealthy corporations like Ecolab and U.S. Banks, has said that it wants to leave a “lasting legacy” on Minnesota, beyond the February 4 main event. On the morning of February 3, this Committee is a holding a “Super Bowl Breakfast” at downtown Minneapolis’ swanky Hilton Hotel. In response, groups like the Minnesota Women’s March are asking advocates for racial and economic justice to gather outside the Hilton in protest, in order to make this point: “If the Host Committee really wants to leave a long lasting positive legacy in our communities, they must invest in local policy that supports children and their families.”