For Many Undocumented Workers, There’s No Such Thing As Minimum Wage 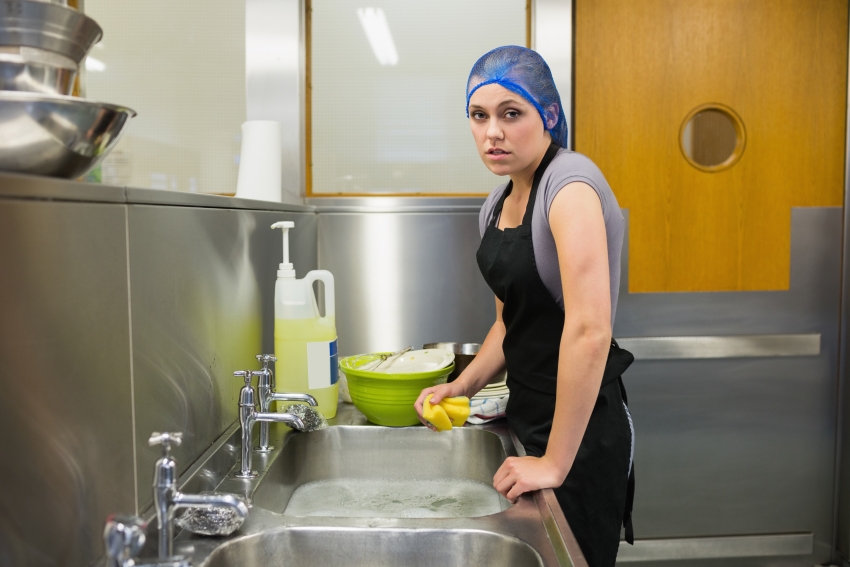 Immigrants and people of color tend to get more low paying jobs, placing them at more risk of facing any wage violation.(wavebreakmedia / shutterstock.com)

Wage violations are commonplace in Chicago. They affect low-paid workers in industries like construction, food service and retail. Immigrants and people of color are especially vulnerable because they tend to work in more low-income jobs. David, who requested a pseudonym to protect his safety, told In These Times his story.

Twenty-three-year-old David migrated to Chicago in late 2017. His first job was as a busboy at a restaurant on the Northeast Side. His job was to clean tables and bring water to customers. He said at the gig, where he worked earlier this year, he was being paid $6 dollars per hour plus tips.

According to David, he wasn’t receiving tips directly from customers. Instead, he was told he would get a percentage of net sales. This tipping method was never fully explained and left him in a vulnerable position. Some days, he says, he would receive no tips at all. He would be taken off the floor by the owner to clean the apartments above the restaurant during his shift. "She made me clean every apartment. Yet they had nothing to do with my job. Besides, they were not even part of the restaurant," David recalls.

Although coworkers told him to object to unrelated work requests, they also warned him that refusing could cost him his job.

In mid-February, David said he was sick and the only employee on the restaurant floor. His boss told him that he had to clean the windows of the apartments from the outside. "There was a snow storm that week. I had a pretty bad and noticeable cold," David says. Despite protesting that he was too sick, David says the owner of the restaurant made him work outside.

Knowing he was in a precarious position, David continued to clean all of the apartments and their respective outdoor windows. As such, he was unable to collect tips because he didn’t work the restaurant floor. As a result of being outside, his sickness worsened and he became feverish, he says. This proved to be too much ,so he could not go to work the next day. The retaliation for his absence was swift. His shifts were cut, and sometimes management would fail to tell him until he arrived at his scheduled time—after a one-hour commute. He never received an explanation, he says.

David quit. But he argues that he was technically forced out when his employer cut his shifts to one day a week. Unfortunately for him, he still had to keep in contact with his employer because they had not paid him for all of his work to date. When he received his paycheck, he says a coworker told him that he should make sure that he was being paid for all of his work because he suspected that his hours were not fully accounted for, but he did not want to engage any longer with management. He took his $450 paycheck for one month’s work and used it all to pay his rent.

David commented that, between tips and paycheck, he never received close to a complete minimum wage.

Wage theft is an-all-too common phenomenon in immigrant communities in Chicago. Individuals born outside the United States are 1.5 times more likely to experience a labor violation.

Three ordinances are active in Chicago to avoid wage violations. The first one dictates that if an employer commits wage theft, they can lose their commercial license. The second states that minimum wage in Chicago must increase every year until 2019. The third ordinance grants one hour of sick leave, per every 40 worked hours.

Unfortunately, these ordinances have not been fully able to dissuade business owners from stealing wages or violating labor laws. A study published by the Center for Urban Economic Development of the University of Illinois at Chicago found that the labor laws are regularly and systematically violated. This makes David's case commonplace among low-income workers: 15 percent of the tipped workers in Chicago that were interviewed never received a full minimum wage.

Low-income workers are the ones who face a bigger risk. Immigrants and people of color tend to get more low-paying jobs, placing them at more risk of facing any wage violation. The problem, though, affects all low-income workers. Twenty-six percent of all the respondents were paid less than the required minimum wage and 23 percent had to perform “off-the-clock” tasks, among other violations.

Jorge Mújica, the Strategic Campaigns Organizer from Arise Chicago, argues that wage theft can happen in every industry. Yet he points out three particular ones: construction, restaurants and retail. Mújica says that wage theft is an "epidemic.”

David never raised his voice. He said he did not want any trouble because he feared retaliation from management. The numbers in the University of Illinois study show that reprisal from employers is frequent. Firing, suspension, threats to call immigration authorities, slashing work hours or payment are common for immigrants and those in low-income jobs.

Taking action is difficult. The dismissal rate of wage violation cases that are filed, is rather high: 41 percent in 2010 to 58 percent in 2014. "Our famous ordinance against wage theft, has never been enforced," Mújica tells In These Times. The frustrations of activists like Mújica or fears like the ones David has are not unfounded. “[I would like] that workers were aware and had knowledge [of their rights] and were organized," Mújica adds, "and that the government had the means to enforce and oversee the laws."

Sebastián González de León y León is a journalist, producer and poet. He moved from Mexico City and now lives in Chicago. His work has appeared in Noticieros Televisa, and Plumas Atómicas, among others. He can be reached at @Sebuscape on Twitter.