Mexican Workers Are Engaging in Wildcat Strikes at the Border 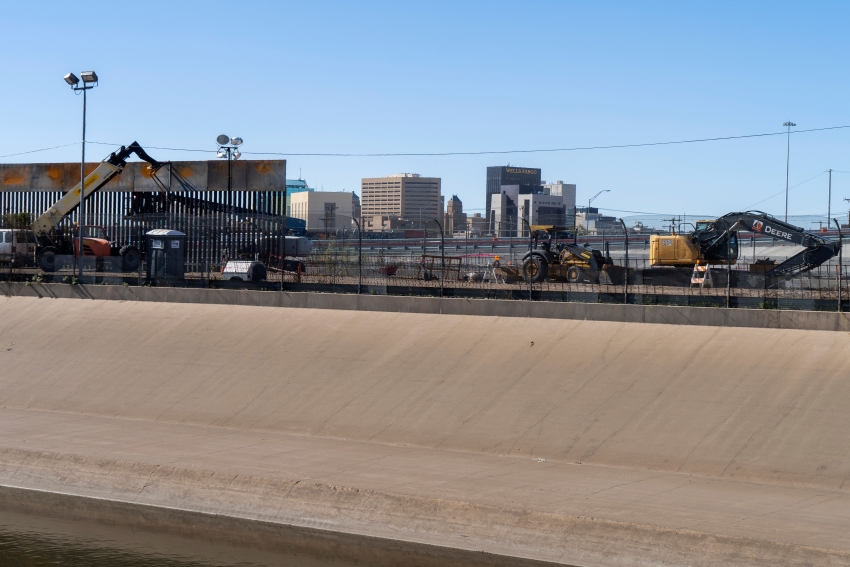 A common link in the protests has been company non-payment of production and attendance bonuses typically offered to workers along with a daily wage.

The largest job actions occurred in Matamoros, across the Rio Grande from Brownsville, Texas. According to Mexican labor lawyer Susana Prieto, about 35,000 workers at nearly 50 plants under a union contract were primed for a strike as of Friday, January 25.

Prieto, who represented workers during the historic maquiladora worker protests of 2015-16 in Ciudad Juárez and is currently involved in the Matamoros movement, contended that workers' earnings in Matamoros have plummeted 50 percent over the last 22 years. "(Workers) need the bonuses," she stressed.

The bonus takeaways happened as López Obrador’s campaign promise of doubling the daily minimum wage in the country’s northern border zone was set to go into effect on January 1.

Yet federal business income taxes were simultaneously slashed in the border zone by AMLO'S administration, as compensation for the minimum wage hike. The higher northern border minimum wage is part of the new government’s strategy of boosting the regional economy through enhanced consumer spending power, harmonizing prices with U.S. sister cities, attracting investment and eradicating poverty.

In a January 4 speech in Reynosa, Tamaulipas, AMLO laid out other rationales for the minimum wage hike. He recalled meeting a woman maquiladora worker in Reynosa who was earning about six dollars a day and laboring 12-hour shifts, four days a week.

“Imagine the mother of a family that has to work 12 hours? Who does she leave the kids with?” the president asked. “The salary increase, then, is a matter of justice and humanism.”

Dr. Kathy Staudt, professor emerita of political science at the University of Texas at El Paso has long followed labor issues in the borderlands. The author and community activist wasn't surprised that "desperately low-paid maquiladora workers” would engage in a strike “especially after foreign-owned factory employers got around AMLO's minimum wage increase by cutting workers' former incentive and bonus payments."

Added Staudt, "The cost of living is high in the borderlands. AMLO made the right move in doubling the legal minimum to approximately US$9 per day (a little more than an hourly minimum wage in the United States). Just as gasoline and sales tax rates are now being pegged to U.S. costs, so also should Mexico move soon to narrowing the huge disparities in wages from one side of the border to the other."

In Matamoros, thousands skirted their union leadership by conducting work stoppages and regular street marches in the days leading up to January 25. Their demands included a wage hike of 20 percent and the payment of bonuses of approximately 1,500 dollars.

Protests erupted at the companies Tridonex, Autoliv and Starkey de Mexico, among others.

Prieto said the new Matamoros labor movement was immersed in a four-way struggle against companies, the Tamaulipas state government, a "bought-off" press that “defames” the workers and the Sindicato de Jornaleros y Obreros de la Industria Maquiladora union leadership under Juan Villafuerte. His leadership was criticized by protesters for not representing workers' interests while benefiting from paycheck deductions.

Matamoros maquiladora industry spokespersons and their allies asserted that labor unrest was scaring off investors, causing economic losses and creating a bad image of the city.

The independent La Izquierda Diario (The Left Daily) charged that its Matamoros correspondents and other independent media were intimidated by company representatives and local police.

The maquiladora protests emerged as an early test of AMLO’s left-leaning Fourth Transformation program in which the relationships of the state, corporations, unions and their workers and the press could be redefined in a progressive direction. The alternative is for them to remain mired in unequal power relationships.

Prieto called the current juncture a “historic moment” heralding workers to rise up and demand their due and dignity.

"Perhaps it will take these courageous and risky wildcat strikes to press both the government and employers who for too long have been growing the economy on the backs of low-wage workers living from paycheck to paycheck," Staudt said.

Kent Paterson has covered Mexico and the borderlands for 35 years.