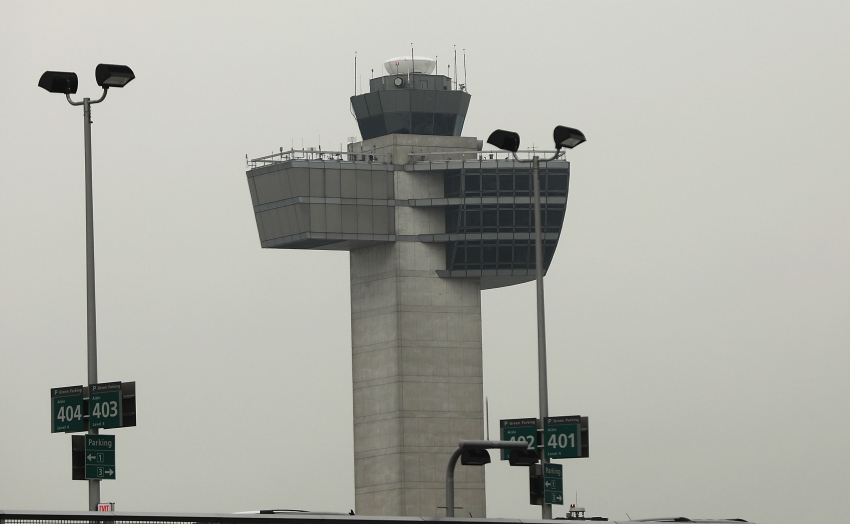 Another “Infrastructure Week” has come and gone without federal action on the nation’s aging roads, water systems, airports and other public works. Some of us will rightly rage about the federal government’s penny-pinching while Flint, Michigan, has yet to replace thousands of lead pipes. But there’s an underreported dimension to America’s infrastructure crisis that adds yet another reason why congressional Democrats must fight tooth and nail for massive direct public investment.

More than half of U.S. public school buildings need funding to be brought up to good condition. Americans pay vastly more for broadband internet than anyone else in the world, while some 19 million people—including my parents, a mere hour’s drive outside of Washington, D.C.—still lack access. Major American rapid transit systems are suffering from a spate of service meltdowns due to chronic deferred maintenance.

But these stark realities are directly related to another core issue—decreased federal investment is resulting in de facto privatization. The more Washington dithers, the more state and local governments become desperate for cash, and the more receptive governors, mayors and other officials become to lobbying about “innovative” alternatives. Almost all public infrastructure is built and maintained by state and local governments using tax revenue or user fees, like tolls, or a combination of both. The federal government’s role is to act as a bank, subsidizing state and local projects to bolster a strong national economy. But federal investment has been cut in half over the last 35 years, while state and local spending has trended downwards since the late 1960s.

This chronic underinvestment has opened the door for a growing industry of global investors, construction giants and water corporations looking to cash in on the crisis. Their tool of choice is the so-called “public-private partnership,” essentially an expensive loan that often comes with strings attached. They front the money to build new infrastructure or manage an existing asset in exchange for lease payments or the right to collect revenue.

You may have heard of Chicago’s absurd giveaway of its parking meters in 2008 to investors from as far away as Abu Dhabi. That’s a type of public-private partnership in which a government leases out infrastructure for a quick infusion of money—and it’s illustrative of many of these deals. If you don’t know the details, you might want to cover your eyes. Parking rates quadrupled within the first year of the contract, which lasts for 75 years. Chicago’s inspector general eventually found that the city lost at least $1 billion on the deal. If that wasn’t enough, clauses in the contract give away the city’s rights to manage traffic and land use near the meters until 2083.

Even after a string of high-profile disasters, including the 2017 bankruptcy of an unfinished Indiana toll road deal inked by Mike Pence when he was governor, state and local governments continue to experiment with public-private partnerships. Maryland’s governor, Larry Hogan, is pushing to add toll lanes to multiple highways in the congested Washington region in what would be the country’s largest public-private partnership.

The plan has already run into controversy, as two out of the three primary contractors hired to help manage the potential deal were found to have ties to the state’s Transportation Secretary. In St. Louis, Missouri, a local billionaire, Rex Sinquefield, is bankrolling a city government-sponsored process to study the privatization of St. Louis Lambert International Airport. This, despite the airport experiencing yet another year of passenger growth in 2018 and bringing in millions of dollars in annual revenue. It turns out Sinquefield, a private equity investor, has substantial investments in one of the three firms expected to bid on the public-private partnership if the city decides to move forward.

Yet, outside of the United States, the deals are starting to lose their luster. Conservatives in Britain recently abandoned signing new public-private partnerships altogether. They could no longer boast about “innovation,” “efficiency” and “improved service.” The facts were too powerful to cover up. Since 1992, public-private partnerships signed by the United Kingdom have yielded infrastructure valued at more than $71 billion. Yet, taxpayers will pay more than five times that amount under the terms of the contracts used to build this infrastructure.

Congressional Democrats must continue to hold the line if the Trump administration resumes its push for a combination of infrastructure spending cuts and federal subsidies for private investment. In no way should they entertain Republican ideas like asset recycling, in which Washington incentivizes state and local governments that sell off infrastructure. At the same time, they must demand direct public investment paid for with higher taxes on corporations and the wealthy.

It’s a tough spot—but holding out will prove worth it in the long run. Not only does much of the public support more federal spending on infrastructure and less privatization, but popular opinion is starting to shift in support of higher taxes on corporations and the wealthy. Holding Republicans accountable for starving America’s infrastructure while building the case for more federal spending will help build momentum for when Democrats regain the reins of power.