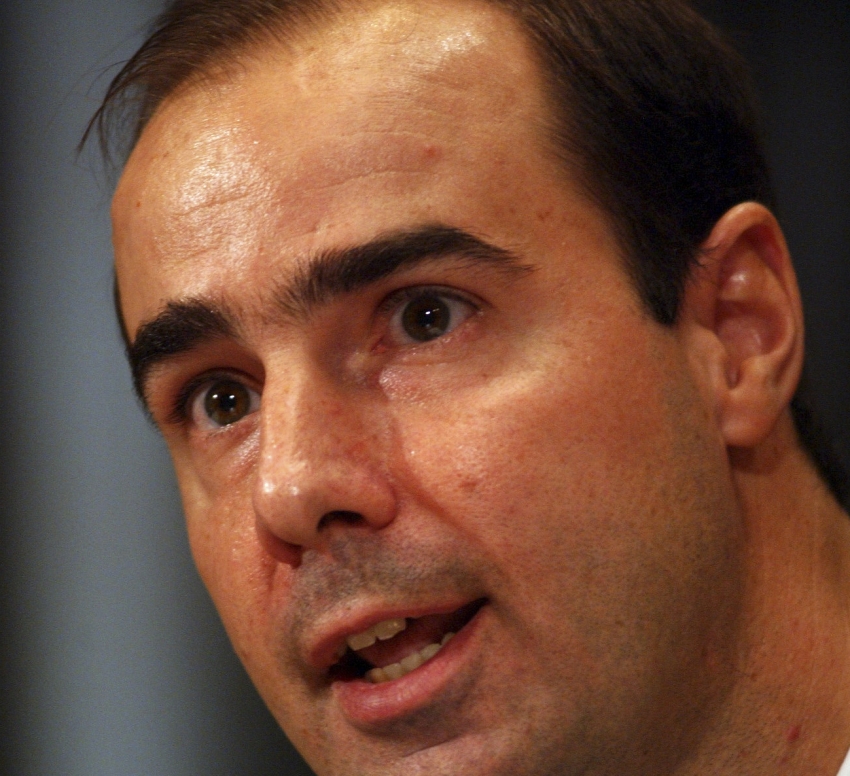 The first secretary of labor in American history was William Bauchop Wilson, who assumed the position in 1913. Wilson was born in Blantyre, Scotland, the son of a coal miner who was blacklisted for striking when Wilson was four years old.

The family immigrated to Pennsylvania, where Wilson began working in the mines at the age of nine. By age fourteen, Wilson was secretary of a local workers’ organization. He went on to lead strikes alongside labor firebrands like Mother Jones, and was later named secretary-treasurer of the United Mine Workers of America. His appointment was a sop to the American Federation of Labor (AFL), which had supported Wilson’s bid for the presidency.

From a socialist perspective, Wilson’s record as US secretary of labor was mixed. He represented the right wing of the labor movement.

His radicalism had been tempered by a stint in Congress as a member of the Democratic Party, and he sought labor peace and compromise at the same time that he pushed for pro-worker reforms.

Still, Wilson came to the post from the world of labor struggle. He was known by industrialists as a “friend of capital as well as of labor,” but he rankled the business class when he addressed the AFL convention as “fellow trade unionists.” He saw it as his duty to settle strikes, but he also once foiled a plot to hang two union radicals in San Francisco.

Fast forward a century. A billionaire businessman is president, and his secretary of labor picks cannot be said to represent the right wing, or any wing, of the labor movement. They’re nothing but capital’s henchmen.

Trump’s first pick in 2016, Andy Puzder, was a fast-food executive and an ardent critic of the minimum wage. When Puzder withdrew after public revelations of his domestic violence record, he was replaced by Alex Acosta, a former bank chairman and state prosecutor. Acosta spent two years pursuing Trump’s pro-business agenda as secretary of labor until revelations about his previous handling of a plea deal for billionaire sex-trafficker Jeffrey Epstein resulted in his ouster.

It’s worth noting that Trump himself is an old friend of Epstein’s, and not particularly sensitive to issues of sexual assault, having racked up many such allegations himself. Some have speculated that the pressure on Acosta to resign is not solely attributable to the Epstein affair, but instead to “whether he [was] doing enough to implement President Trump’s deregulatory agenda.” Simply put, Acosta wasn’t pro-business enough. Trump wanted a bulldog.

Enter Eugene Scalia, son of late Supreme Court Justice Antonin Scalia. The elder Scalia was so pro-business that Dow Chemical settled a lawsuit for $835 million within two weeks of his death — without Scalia on the court, they were certain they’d lose. The apple hasn’t fallen far from the tree. A long-time lawyer for large corporations, the younger Scalia has a proven track record of fighting on behalf of employers against workers.

Scalia was the top lawyer for the Department of Labor under George W. Bush. But most of his career has been spent in private practice, primarily at the law firm Gibson, Dunn & Crutcher, where he is currently a partner. The firm’s clients include Apple, Mark Zuckerberg, Intel, Chevron, Kraft, Dole, Heineken, Hewlett-Packard, Viacom, and Saudi Arabian oil interests.

Scalia “has spent his career fighting for the interests of financial firms, corporate executives, and shareholders rather than the interests of working people,” says Heidi Shierholz of the Economic Policy Institute.

In 2006, for example, he represented Walmart, helping the company defeat a Maryland law that would have required the company to either spend 8 percent of their payroll costs on health care or pay into Medicaid. He helped Las Vegas casinos weasel out of a rule that would reserve tips for casino employees. When SeaWorld was sued after the death of a whale trainer, Scalia defended the company, arguing that it bore no responsibility for worker safety on the job.

Scalia’s advocacy of employers against workers knows no bounds. He fought against the Occupational Safety and Health Administration when, in 2000, it sought to impose a rule on businesses intended to make workplaces safer. The rule would require companies to identify and take responsibility for ergonomic hazards to decrease the likelihood of repetitive stress injuries; Scalia argued that “ergonomics is quackery.” The rule was overturned by Congress in 2001.

Scalia’s appointment is a ways off. In the meantime, the secretary of labor post is being filled temporarily by Patrick Pizzella, Acosta’s deputy, who — to give one example of his political inclinations — once “worked alongside disgraced lobbyist Jack Abramoff to prevent the Northern Marina Islands from being protected by federal labor laws in the 1990s, denying the workers there the coverage enshrined in US law.” Translation: he was an active proponent of sweatshops.

Pro-business groups are enthusiastic about Scalia, who they expect will “continue the important practice of soliciting business and employer perspectives and those of other stakeholders.” They are heartened by his experience as “a management-side attorney” and especially thrilled by his big-business connections. Scalia is a member of the far-right Federalist Society, shoring up his anti-worker bona fides. He’s a capitalist true believer.

Unions and pro-worker politicians will push back against a Scalia appointment, but confirmation power ultimately rests with the Senate, which is controlled by Republicans. Scalia is likely to make the cut, cementing the Department of Labor under President Trump as the most anti-worker in US history.

Gone are the days when socialists and radical unionists on the left wing of the labor movement faced down a Labor Department helmed by the movement’s right wing, with its dual allegiances and penchant for compromise. Ours is instead an era marked by outright assault on workers’ rights, directly initiated from the very top. The blatant collaboration between the state and the capitalist class is laid bare for all to see. And as Scalia pursues a free market deregulation agenda, millions of working people will suffer the consequences.

But we have a choice. We can either long for the early days of the Department of Labor, or we can do exactly what that era called for, and what ours requires as well: proactive mass organization of workers themselves, from the bottom up.

​Meagan Day is a freelance writer who focuses on politics, social movements, labor, law and history.