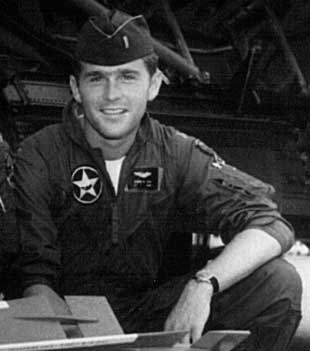 George W. Bush has some explaining to do.

Following a series of discredited attacks on John Kerry’s war record by a group with extensive connections to the Bush campaign, the president’s own service, or lack thereof, in the Texas and Alabama National Guard is poised again to become a campaign issue.

On September 5, the Associated Press reported that Freedom of Information Act requests reveal that at least five types of documents which should be included in Bush’s Texas National Guard records have not been located. Among them are documents that would explain why Bush refused to take a physical in 1972, which led him to lose his flight status. Days after the AP story, CBS’ “60 Minutes II” revealed that it acquired previously unreported documents showing the Bush family pulled strings to get him into the Guard and a memo written by one of Bush’s superiors that said he was pressured to give the young pilot glowing recommendations despite lackluster performance.

Ultimately, at issue is how Bush got into the National Guard during a time when thousands of fellow Texans were desperate to enroll and avoid the draft; whether Bush made up the training sessions he missed in 1972 and ’73 after transferring to Alabama; and how he was able to receive an honorable discharge with no evidence that he completed his required duty.

In 1968, with Americans dying at an alarming rate in Vietnam, Bush was intent on avoiding the draft despite supporting the war. To that end, Bush’s father reached out through a mutual friend to Ben Barnes, a Democrat who was then Speaker of the Texas House, to request that his son be put first in line for a slot in the Texas National Guard. Both the president and his father maintain that he never received special treatment, but in the September 8 “60 Minutes II” interview, Barnes insisted that Bush was given “preferential treatment” and admitted that he called the head of the Texas Air National Guard to secure his place.

Despite scoring the lowest possible passing grade on a flight aptitude test, Bush was assigned to the Texas Air National Guard, where he trained as a pilot from 1968 until 1972, reporting monthly for duty. But in July 1972 he missed a physical, necessary to retain his flight status. Around the same time, Bush requested and was granted a transfer to the 187th Air Squad in Montgomery, Alabama, where he had a paid job on the Senate campaign of his father’s friend, Winton Blount.

While in Alabama, Bush missed nearly six months of drills. One officer says he remembers Bush reporting for duty at the airbase, but nearly every other officer ever interviewed has absolutely no recollection of him appearing. In fact, William Turnipseed, who would have been Bush’s supervising officer in Alabama, says Bush never appeared on base. “Had he reported in, I would have had some recall, and I do not,” Turnipseed told the Boston Globe. “I had been in Texas, done my flight training there. If I had had a lieutenant from Texas, I would have remembered.”

Another man with no recollection of Bush is Bob Mintz, featured in an ad by Texans for Truth, an independent 527 arm of the online activist group DriveDemocracy.org. Mintz served as a lieutenant colonel in the 187th squadron in Alabama, from 1969 to 1984. “I heard George W. Bush…say, ‘I served in the 187th Air National Guard in Montgomery, Alabama,’” Mintz says in the ad. “I said, ‘Really, that was my unit? And I don’t remember seeing you there.’ So I called my friends and said, ‘Did you know that George W. Bush served in our unit?’ and everyone said, ‘No, I never saw him there.’”

In February, the White House released 400 pages of records, including one documenting a dental examination that shows that Bush was in Alabama on January 6, 1973, as well as pay stubs that showed that Bush was credited for make-up sessions. However, none of these documents explains Bush’s missed physical or why virtually no one who would have served with him in Alabama can remember seeing him. And the AP’s revelation that documents are missing from the file, along with the White House’s constantly shifting story about whether all the records have been released, renews suspicion that this documentation might have been “scrubbed” before Bush ran for president to expunge any potentially embarrassing information.

But unlike the Swift Boat veterans “controversy,” in which every official record contradicted charges that Kerry didn’t earn his medals, in this case mounting documentary evidence proves that Bush avoided his service obligations. In an election that has focused to a startling degree on Bush and Kerry’s respective behavior as young men during Vietnam, the renewed questions could push Bush off-message during the most crucial period of the campaign. If that happens, he may rue the day the Swift Boat Veterans for Truth reared its ugly head.